Help fundraise for woman left in coma after a misdiagnosis

Her medical bills, at £5,000 a week, has almost completely depleted the family’s savings. Arslan’s family are also now considering remortgaging their house to pay for the growing medical bills.

Her medical bills, at £5,000 a week, has almost completely depleted the family’s savings. Arslan’s family are also now considering remortgaging their house to pay for the growing medical bills.

Rida Fatima, newly married to Arslan Qurban only this February, is now fighting for her life after being misdiagnosed at the hospital. Arslan, from the Midlands in the UK, had applied for a visa for Rida, who is still currently in Pakistan, so they could begin their life together in the UK.

On the 8th of September, however, Rida visited a local hospital in Pakistan, complaining of a headache. After being initially sent home with migraine medicine, Rida again was rushed back to the hospital the following day after severe vomiting. Again, she was diagnosed with food poisoning and sent home. On the 10th of September, she went back to the hospital, where she collapsed and had a seizure. 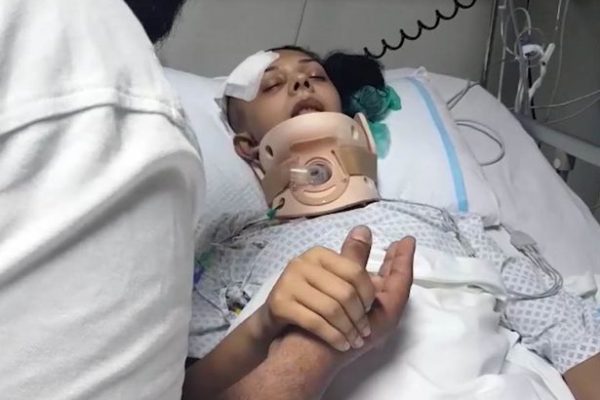 Rushed into surgery for two different operations to stop brain bleeds, Rida now remains in a coma. Her husband Arslan immediately flew to Pakistan from the UK to be by her side. Her medical bills, at £5,000 a week, has almost completely depleted the family’s savings. Arslan’s family are also now considering remortgaging their house to pay for the growing medical bills. Speaking to the Mirror, Arslan said:

They told me that, if she’d left it any longer, I would have lost her. She was on a ventilator and was in a coma at first, but she is showing signs of improvement. On the day I went into see her she was slipping in and out of consciousness…But I sat beside her and she recognised my voice. She grabbed me by the neck and pulled me close to her. It was really emotional.”

Rida, who had just completed her MSC in Clinical Physiology, has reportedly begun to show small signs of improvement, although she currently remains on ventilation. She has also reportedly been able to slightly open her eyes now, and react to the voice of Arslan. 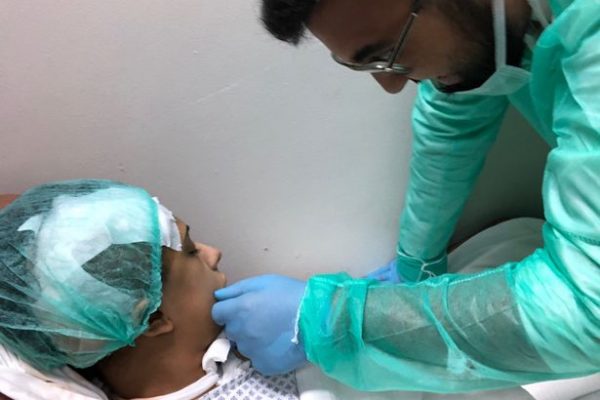 Arslan has set up a GoFundMe page to help pay for the enormous medical bills, and is appealing for anyone to help in even the smallest way possible. To learn more about how you can help or to donate directly, click here.