The great Muslim theologian, jurist, and scholar Abu ‘Abdullah Muhammad b. Idris b. Al-‘Abbas Al-Shafi’i, famously known as Imam Al-Shafi’i, was born in the year 150H in Gaza, Palestine (Bilad Al-Sham) during the ‘Abbasid Caliphate. He is among the foremost leaders in Islamic jurisprudence throughout Muslim history, and the founder of the Shafi’i school of thought in fiqh. Having lost his father at a very young age, his mother relocated herself and her son to Mecca where Al-Shafi’i began his studies under the Mufti of Mecca at the time, Muslim b. Khalid Al-Zanji, who was a student of Hashimi scholars and displayed pro-Ahlul Bayt sentiments.

Al-Shafi’i committed the entire Qur’an to memory by the age of seven, and by ten he had memorized the entire Muwatta of Imam Malik – the greatest compilation of Prophetic ahadith in the time. At the age of about fifteen, Imam Al-Shafi’i had already become a junior-scholar and had been granted authority to disseminate legal opinions and rulings. He then moved to Medina to continue his studies in sacred knowledge from Imam Malik himself. Impressed with his knowledge and memorization skills, Malik became his teacher for many years until Al-Shafi’I became a distinguished and excellent jurist of his own.

Clearing up misconceptions about Shia Muslims

Due to his unique abilities and vast knowledge, at the age of thirty, Imam Al-Shafi’i was appointed to an administrative position in the government of Najran in Yemen by the ‘Abbasids under the rule of Harun Al-Rashid. The ‘Abbasids were notoriously continuing the persecution of the ‘Alids (descendants of Imam ‘Ali), following the bloody footsteps of their Umayyad predecessors. Many attempted revolts took place by the ‘Alids during the ‘Abbasid caliphate, including one that led to what is considered the most brutal massacre of ‘Alids after Karbala, known as the tragedy of Fakh.

At the time of Al-Shafi’i’s administrative duties in Yemen, the great Zaydi Imam Yahya b. ‘Abd Allah b. Al-Hasan b. Al-Hasan b. ‘Ali b. Abi Talib, the cousin of Imam Husayn Al-Fakhi, was also in Yemen gaining support and a following in his uprising against the ‘Abbasid Caliphate in Baghdad. Imam Yahya b. ‘Abdullah was the brother of the great Imam Muhammad Nafs Al-Zakiyya Al-Hasani, who led a previous revolt against Al-Mansur in Medina after being abandoned by his followers and thereafter killed.

After the death of his brother, Imam Yahya was considered the foremost in knowledge and virtue from Ahlul Bayt in his time. He was eventually imprisoned by the caliph Harun and thereafter brutally tortured and killed after his failed revolts. One of these revolts of his was in the works during the time of Imam Al-Shafi’i’s stay in Yemen, where Al-Shafi’i became both sympathetic and supportive of the ‘Alid cause.

Although some sources do contend that these were false accusations, Al-Shafi’i was not inherently opposed to supporting a revolt against the unjust ‘Abbasid state, particularly when he had access to their administration as an employee in Yemen. He declared, according to his student Harmala b. Yahya, that “it was legitimate to fight alongside and pray behind anyone who proclaimed himself caliph after attaining military victory and gaining the backing of the populace”.

Everything you need to know about Jannat Al-Baqi

Imam Al-Shafi’i did also study with Imam Yahya in Sana’a during the 170’s (A.H.) when Al-Shafi’i was still in Medina. There is precedence and strong reason to believe that he was colluding in a rebellion by Imam Yahya, as the accusations suggest. There was no doubt that the ‘Abbasids were ruling with tyranny, injustice, and oppression particularly towards the honorable descendants of the Prophet (PBUH) and the Ahlul Bayt. It appears that Imam Al-Shafi’i was able to get a first-hand look at this injustice during his time serving administrative duties in Yemen, which led him to support the ‘Alid cause and the revolt of Imam Yahya b. ‘Abd Allah.

The ‘Alid revolt of Imam Yahya did not succeed and led to his imprisonment and death, and in the process Imam Al-Shafi’i was arrested for his support of the revolt. He was brought to court in Baghdad before Harun al-Rashid to answer for these accusations along with nine other ‘Alids who were all executed. Through his own eloquence and along with the help of fellow jurist of the Hanafi School Muhammad b. Hasan Al-Shaybani, Imam Al-Shafi’i was set free and dismissed of the charges against him.

Shaybani happened to be present at the court and vouched for Al-Shafi’i as being a great scholar of Islamic law and jurisprudence, advocating also with the fact that Al-Shafi’i himself was not an ‘Alid. This brought the two luminaries together, and Al-Shafi’i became the student of Muhammad b. Hasan Al-Shaybani.

The partnership also brought the two schools together in their love for Ahlul Bayt, as there is reason to believe that Shaybani  may have sympathized with Al-Shafi’i’s support for Imam Yahya due to his own teacher Imam Abu Hanifa having also famously funded and supported the ‘Alid revolt of Imam Zaid b. ‘Ali b. Al-Husayn b. ‘Ali b. Abi Talib against the Umayyad Caliphate, and the Medinan rebellion of Muhammad Nafs Al-Zakiyya – the brother of Imam Yahya – which may have provoked Abu Hanifa’s imprisonment. Shaybani is also known to have famously stated “Were it not for ‘Ali, we would not have known how to pass judgement on rebels” (ahl al-baghy).

Clearing up misconceptions about Sunnis

After his trial, Imam Al-Shafi’i moved to Iraq for some time before eventually relocating and moving to Egypt, where he then resided and continued his scholarship in the fields of legal theory and jurisprudence. Before this he had authored his famous work on legal theory, Al-Risala, and then upon moving to Egypt his jurisprudential positions were documented in sessions he held with students. It was also in Egypt where he was introduced to another member of Ahlul Bayt, Sayyida Nafisa bt. Al-Hasan b. Zaid b. Al-Hasan b. ‘Ali b. Abi Talib, the devout and ascetic hadith scholar and virtuous lady of the Prophetic Family.

Sayyida Nafisa would hold gatherings of knowledge, where she would impart and teach jurisprudence, Qur’anic exegesis, and hadith to students of knowledge and scholars. When Imam Al-Shafi’i arrived to Egypt he sought her out and she treated him well, supplicated for him, and narrated hadiths to him at his request. He would learn from her and whenever he fell ill he would send word to her to have her supplicate for him, upon which he would be cured by her prayers for him. He also would lead tarawih prayers during Ramadan in her mosque where she would also pray behind him. This connection with Sayyida Nafisa further influenced Imam Al-Shafi’i in his love for Ahlul Bayt, and he would go on to write much poetry in praise, affinity, and love for the Household of the Prophet.

Not only for his support for the movements of his Hashimi contemporaries, but also for his esteeming praise of their great grandfathers (upon them be peace and blessings) in his poetry – Imam Al-Shafi’i was accused of being a rafidhi, tafdhili, and Shi’i. He declares in some of his poetry the following praises for Ahlul Bayt:

O Family of the Prophet of Allah! Love for you has been made obligatory for us by Allah, as revealed in the Holy Qur’an. It is sufficient for your dignity that if one does not send salutations upon you in the ritual prayers, his prayers will not be accepted!”

After hearing about the accusations of Rafidism against him, Imam Al-Shafi’i wrote lines of poetry stating, “They say [to me]: ‘You are a Rafidhi and heretic’. I say: Rafidism is neither my religion nor creed. But needless to say that in my heart, there is much love (and respect) for the greatest leader and greatest guide [‘Ali b. Abi Tailb]. If loving the Wali of Allah (friend of God) is Rafdh, then I am the greatest Rafidhi!”

In response to those who attacked him for praising Ahlul Bayt and mentioning them often, Imam Al-Shafi’i stated in other lines of poetry, “If we mention ‘Ali, his two sons, and Fatima, the Pure One, in a gathering, they say ‘you have exceeded the limits’ and ‘these are the sayings of the Rafidhis’. I disassociate and seek refuge with Allah from people who call the love of the household of Fatima as Rafdh.”

He also states in his Diwan, “When I saw different religions and jurisprudential schools steering towards ignorance and misguidance, I embarked in the name of God on the ark of salvation, and they are the family of the Seal of Prophets, and got hold of the divine covenant which is the very love of them. Indeed, God has commanded us to hold fast to the divine covenant.”

Imam Al-Shafi’i passed away in Egypt on Rajab 30 204H, at the age of 54. One of his final requests before he departed from this world was that the honorable Sayyida Nafisa make prayers and supplicate for him at his funeral, which she accepted. May Allah’s pleasure and peace be upon Abu ‘Abdullah Muhammad b. Idris Al-Shafi’i and his teachers and guides from the Ahlul Bayt.

Mukhtar Ahmad
Mukhtar Ahmad is an alumnus and researcher of the Madina Institute (Islamic Studies & Arabic Program) in both Cape Town, South Africa and Duluth, Georgia. He is also a khatib, lecturer, and instructor at several Islamic institutes and organizations in the DMV and elsewhere. 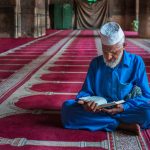 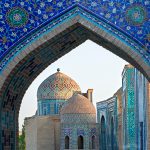 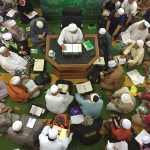 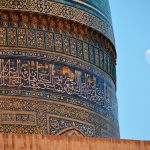