The Lady of Heaven: A Deliberately Divisive Waste of $15 Million (Review)

This weekend saw the release of the film Lady of Heaven, which aims to depict events after the Prophet Muhammad’s passing in relation to his daughter Lady Fatima. The film, which has been in the making for at least a few years, has been nervously anticipated by many whilst brewing a mild sectarian tension amongst Muslims. The film’s producer, Yasir Habib, is notorious for his offensive rhetoric against Sunni and Shia Muslims alike. I wanted to personally watch this film to make a fair and honest judgment on it and see whether there was any value in this production.

I will review this film in two ways; first as just a movie by self, and secondly, from a Muslim and Islamic perspective, in the context of the filmmakers’ intention to propagate a specific sectarian narrative.

The film aims to tell the story of Lady Fatima, the daughter of Prophet Muhammad, particularly the contentious history of what happened to her after the Prophet’s passing. The film tells the story juxtaposed between modern-day Iraq amidst the ISIS insurgency, in which a young boy’s mother is executed. Her name was Fatima, and ISIS killed her for her Shia beliefs. The young boy is taken in by a soldier and his grandmother – who then tells the boy the story of Prophet Muhammad and his daughter, Lady Fatima. The story she tells starts from the Prophet entering Medina, to his passing, to the announcement of Abu Bakr’s caliphate and the contended report of an attack on the house of Fatima and Imam Ali.

The film is a poorly executed mess with bad scripting, acting and editing.

If you are not familiar with the history, the storyline is extremely disjointed and hard to follow. The film contains characters who are not even introduced or named, yet hold significant roles in the storyline. The audience is simply left to guess who these people are. The film then relies on lousy acting and cringe-worthy cliches to help the audience decide who is good and evil.

Naturally, it is hard to connect with any of the characters because of the poor acting and dialogue, but mainly because of the strange English accent in what is supposed to be an Arabian period movie. And not the English accent you’ve seen in other films like The Messenger, just straight-up plain accents like as if you’re watching a British TV soap. It would have been more effective for this film to be filmed in Arabic with English subtitles or at the very least have the characters with an accent that would make Arabic terminology more palatable. I presume the movie makers thought they would affect more people having it in English, but this was evidently a poor decision. 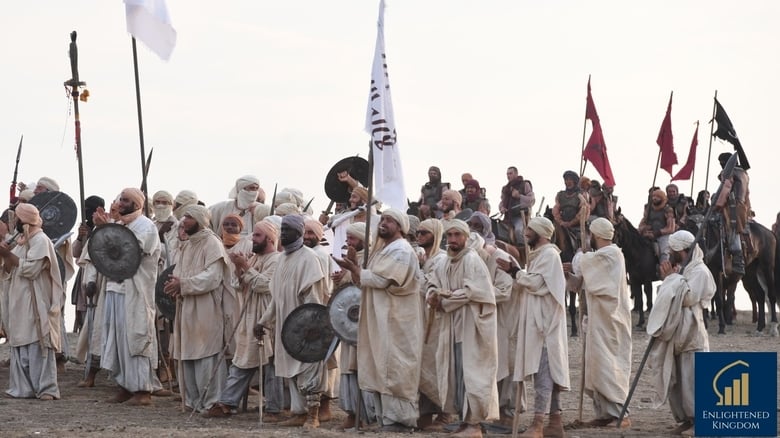 The film’s cast was nearly entirely all white and black actors, and the makeup of these white actors was borderline racist at best. The fact that you could see dark smudges on a lot of the actors faces was somewhat reminiscent of racist depictions in the 70s and 80s of Arabs and Indians. This poor casting and makeup combined with these terrible accents almost felt like a parody at times. In fact, I will say that this film is racist and will explain later in this review why.

On balance, the film’s cinematography was reasonable, and the special effects at times were quite good. In addition, the music of the film did what it needed to do, even though it felt like the same soundtrack was playing throughout the film.

In conclusion, as a film, this was probably one of the worst that I’ve seen in a while. I myself witnessed three couples leaving the theatre midway, and by the time the film finished, the only person left in the cinema with me was a man who was snoring.

From an Islamic and Muslim perspective, this film was deliberately divisive, offensive and quite frankly repugnant.

Before I continue, I should clarify to the reader that I went into the theatre hoping that this historical depiction could potentially be a positive step forward in speaking about contentious Islamic history. Instead, I was bitterly disappointed.

First and foremost, that depiction of Prophet Muhammad’s full face was an extremely uncomfortable experience. Whether you are a Sunni Muslim or a Shia Muslim, I believe this is a red line that has never really been crossed before. What didn’t make sense was that there were scenes where the face of the Prophet was covered by light which seemed a lot more appropriate and well-executed in terms of preserving his holiness. The film also depicts the facial features of the family and companions of the Prophet, including Imam Ali, Abu Bakr and (presumably) Umar and Uthman (Though it is hard to say with certainty as these characters didn’t seem to have names in the film).

The film ends with a disclaimer to note that the faces of the personalities or religious reverence in this film were created using CGI, which is supposedly valid within the Islamic tradition. However, most Muslims, Shia and Sunni, would disagree.

What is one of the most offensive parts of this film, in my opinion, is the depiction of Abu Bakr Umar and the wife of the Prophet, Aisha. These characters were depicted as black and brutish, Which is why in my opinion, this film is racist because this stems from the racial bias of black and dark skin people being evil and brutal. This racism from the filmmaker is almost palpable. Other dark-skinned black characters are not depicted as bad guys, but you can sense them as the token black characters to avoid criticism of racism.

Furthermore, Abu Bukar, Umar and Uthman were shown to be corrupt, treacherous and conniving from the outset without any nuance to their character. In fact, the first time the Prophet’s wife, Aisha, is shown in the film, the film’s narrator labels her as being jealous. The CGI used on the Prophets wife’s face was intended to make her look very ugly and like, which of course, is not only offensive to all Muslims but offensive to anyone watching the film because of its immature use of cliches to frame a story. Given Yasir Habib’s record of spreading vulgar historical distortions, this film comes as no surprise, I guess.

For me, this film is a wasted opportunity. I was prepared to give this film the benefit of the doubt and not condemn it before watching it because I felt there might be some value in depicting the Shia narrative of this period of Islamic history. Because not only are the events depicted in this film contested by Sunni Muslims, but also significant segments of Shia Muslims. This film could have been a valuable asset to start a meaningful conversation and dialogue about these contentious events. But instead, because of the tacky and immature approach taken, this film holds no value and substance whatsoever.

If this film was true to its name, then it would have helped the viewers build an emotional connection and a better understanding about the life of Fatima and who she was as a human – but it does not. As a viewer, Muslim or not, you will walk away learning little about the moral values for which she is titled “the leader of women in paradise” by the Prophet.

You can simply describe this film as a £15 million waste of money and time to create a parody of a limited perspective on Islamic history. I feel sad and embarrassed for the actors that partook in this film without knowing they’re being used for not-so-cheap propaganda. And whilst many impressionable young Shia Muslims will watch this film and rave about it on social media, it ultimately will not serve the misguided intention of the filmmaker to change the world somehow through a film so poorly created. This film does not even validate a response from Sunni Muslims.

I wish I could write this review saying that I encourage Sunni Muslims to watch this film to understand better the Shia perspective on these events (even if it is upsetting to see). But I cannot. I cannot because this film is not that. It is merely a £15 million investment in creating division within the Muslim community. If Yasir Habib is expecting this film to make shockwaves in the world and lead to mass conversions to his version of Shia Islam, well, then gladly, I can say he has failed – because this is such a poorly made film. 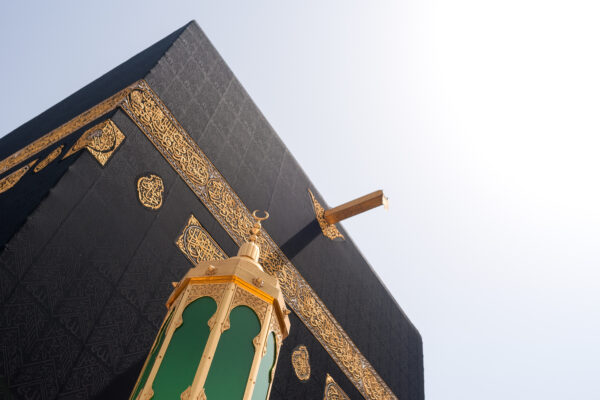