What Hiroshima means to me as a Japanese-American Muslim

August 6th marks the day in 1945 that the United States dropped an atomic bomb on the city of Hiroshima in southern Japan, killing 80,000 innocent civilians instantly while the total death toll from the aftermath of the bombing rose to more than 140,000. The U.S. claims the use of atomic bombs on Hiroshima and Nagasaki was necessary in the pursuit to end the Pacific War, however this has been largely discredited as tens of thousands of civilians were killed unnecessarily even after Japan was ready to surrender.

As someone who comes from a mixed heritage, with an American father and a Japanese mother, I’ve always felt the deep complications that come from being so personally tied to one of the most horrific wars in human history. 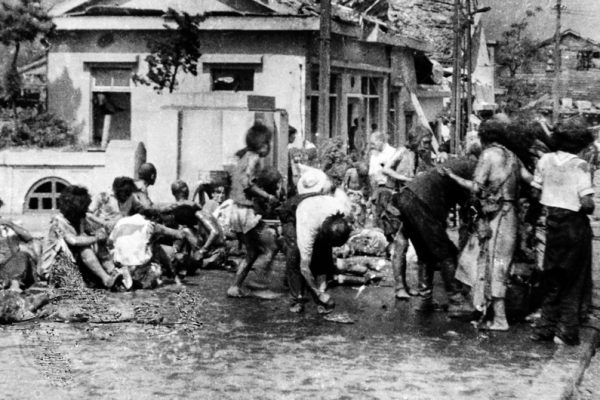 My grandmother’s stories of running barefoot through the American firebombing of our city of Osaka while trying to find safety is frankly quite hard to listen to. Her older brother was killed while serving in the Imperial Japanese Army, and the letter he wrote to our family as his final goodbye is nothing short of heartbreaking to read.

Another older brother of my grandmother was captured and held as a prisoner of war in northern China. We called him Long Ears as a nickname, and I remember he always seemed quieter than the rest of my great-uncles. I wish I had asked him more questions while he was still alive. My great-aunt’s husband, who passionately loves world history, refuses to speak one word about WWII. I don’t dare ever open the subject with him.

The trauma from any war is generational, and I can’t seem to help but feel deep anger at the horrifying atrocities that happened during WWII’s Pacific War. The atomic bombing of Hiroshima and Nagasaki was undoubtedly unnecessary. No amount of convincing will ever sway me into thinking that those bombings were justified, or that the tens of thousands of innocent people killed was for a just cause. This idea is simply unacceptable to me.

A younger brother of my grandmother makes the trip down to Hiroshima on the anniversary of the atomic bombing almost every year. Most of my family think it is a waste of time – why bother revisiting such a painful memory? He comes back with gifts from the city, sweets or random delicacies, that have nothing to do with the real reason why he visited. I can’t help but question how a nation collectively decides to move on from such an atrocity…do we look up and forget or look down in remembrance? Can we do both? 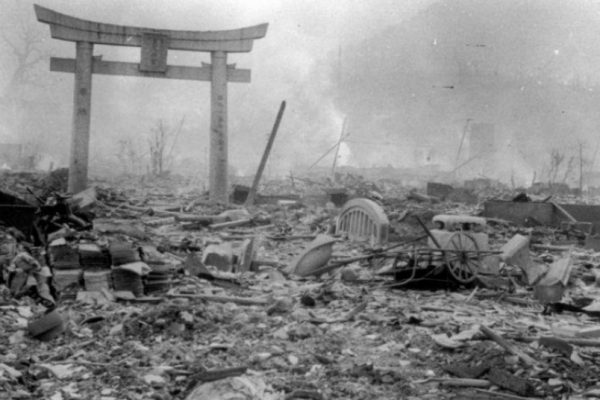 As a revert to Islam, living my life as a Muslim has changed in many ways the way I view the world we live in. Understanding our duty towards justice, our submission towards the will of God, and faith in the goodness of the world are only a few of the core ideals that have changed my life. If I cannot change history, if I cannot heal the wounds of everyone pained during war, can I not instead direct my anger towards initiating change and promoting collective hope? Can I not instead direct my energy towards protecting those who are vulnerable today and are facing injustices?

Although I didn’t realize it before, the memories and stories from my Japanese family shaped my life in ways I did not know. It’s made me both weaker and stronger with empathy. It’s made me both hopeless and hopeful for humanity. Being Muslim now has given me the strength to really understand how I can use my emotions and passions instead of staying stuck in the history of past atrocities.

If anything, remembering Hiroshima, alongside other painful memories of war, can help us understand why we so desperately need good people in this world. And not just good people who are ignored and pushed to the sidelines, but good people who we work towards uplifting and celebrating.

I guess it is possible to both look down in remembrance as well as look up towards the future. It’s the same walk we take as Muslims, the walk of remembering where we stand while we look up to God. So on this day of remembrance, I’ve decided to remember what happened to Hiroshima with an attitude of respect, remembrance, and yes, hope. 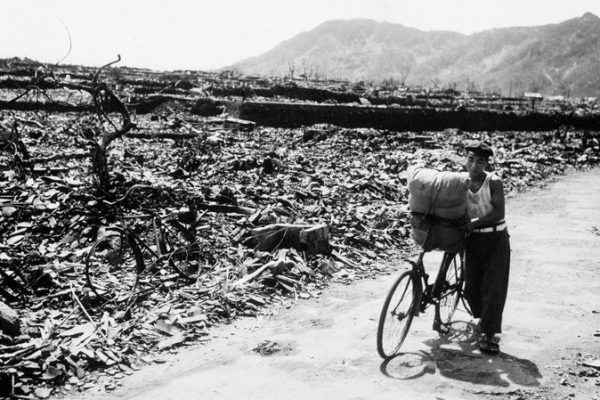 I’ve learned that its normal to remember Hiroshima with the pain and emotions that come naturally from such an atrocious act, but it is equally important to move forward with an equal amount of duty towards repairing the present and building a future where defending justice is the norm. In a world where anti-Semitism, Islamophobia, and rampant racism are among the many injustices plaguing our world, it becomes more important than ever to use the memories from history like Hiroshima to better our world today.

Maybe it is possible to remember those innocent people killed in the atomic bomb on Hiroshima by standing up to oppression, protecting the vulnerable, and fighting injustices. Maybe it is possible to ensure their deaths were not in vain. I’ve decided to do this not just because of my family history, or the fact that it is an Islamic duty to stand up to oppression, but because it is simply the right thing to do. If we cannot change the painful past of innocent deaths, let us instead work towards protecting innocent lives today. We owe it to all of them.