For it is through heedlessness of God that we, as a species, have prioritized materialism and our lower-selves – forgetting God – so we become further sunken into the tribulations of the world until we forget ourselves and our true purpose. 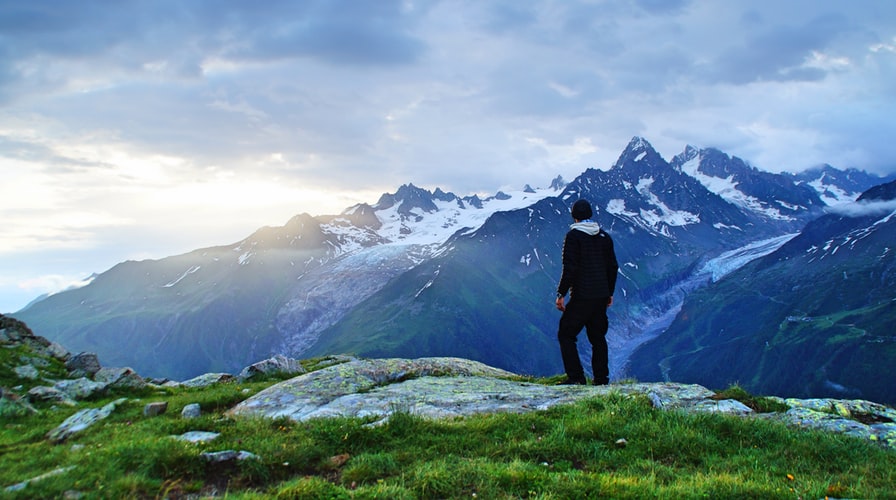 For it is through heedlessness of God that we, as a species, have prioritized materialism and our lower-selves – forgetting God – so we become further sunken into the tribulations of the world until we forget ourselves and our true purpose.

As the human species travels further into the 21st century, and as the modern-world continues to advance into time’s endless maze of infinite possibilities, mankind becomes compelled to ask the simple yet apparently unsolvable question: Where are we headed?

One could give an array of various predictions and educated guesses, mostly rooted in scientific theories and the new-age technological advancements. But ultimately, there are some undeniably rooted characteristics that seem to define the modern-world in which we live in, and the direction in which society is headed towards. The two main characteristics of today’s world that appear to guide people’s lifestyles and choices, as well as dictating the general state of society in many parts of the world, are individualism and materialism.

The Distractions of Materialism and Individualism

Humans continue to become more compulsive in their materialistic habits, always seeking the newer, faster, higher, and “better” version of the very functioning items that they already currently possess and have paid expensively for. There’s a proven correlation between the increase in materialistic values that consumer culture supports and the rise in depression, less happiness, and assorted social pathology. Those who pursue wealth and material possessions tend to be less satisfied and experience fewer positive emotions each day.

This is simultaneously aligned with the individualism that the very materialism promotes, which encourages the focus on one’s individual aims and beliefs over those of the collective. Such sentiments lead to the tendency of undermining ones fellow citizens in this “dog-eat-dog” world, lacking a prioritization of the traditional family structure, and results in an increase of one’s willingness to participate in immoral or unethical behavior in order to enhance and facilitate opportunities for material success.

These toxic habits lead to a society’s inevitable moral decay, losing the universal principles that promote the growth of the family structure and ultimately viewing religion as an outdated value system. Through the loss of morality and a standard system of ethics based on the guidance of the Divine, society will continue to witness the steadily increasing rates of suicide, depression, violence, divorce, and moral corruption.  The desire to prioritize materialism, individualism, the ‘lower-self’, and ones carnal desires over moral judgements, balance, simplicity, and accountability has lead the general human population to disregard the narrative of religion and propel the world into a state of godlessness.

As Muslims, it is our duty and obligation to remain steadfast upon the principles, values, and instructions that we believe God has prescribed upon us, which we have been guided to by the Prophet Muhammad [P.B.U.H.] and the Messengers who [chronologically] preceded him. No matter how hostile the tides of society turn towards the Islamic teachings of Abrahamic monotheism and its subsequent etiquette, morals, and standards of righteous character, Muslims must remain vigilant in striving to observe God’s commandments.

Finding God in a ‘godless world’

Essentially, in this ‘godless world’, we must make our full effort in remembering God as often as possible to create stability and fulfil our Islamic duties. One of the primary methods to achieving this is through constant remembrance of Allah, otherwise known as dhikr of Allah – a formula that God Himself prescribes and commands in the Qur’an.

He [the Most High] says: “O you who believe! Remember Allah with much remembrance!” [al-Ahzab:41]. Many Qur’anic verses like this one evidence the fact that the Qur’an clearly emphasizes the importance of having the remembrance of Allah in our hearts, minds, and tongues as much as we possibly can. It is no surprise that doing so increases a person’s faith, and that the increase of dhikrullah [oft-remembrance of Allah] helps with the removal of absenteeism and heedlessness.

It is that very heedlessness [i.e. ghaflah] that deludes us from fulfilling the commandments of God, and thus propelling us into a downhill spiral of corruption. For it is through heedlessness of God that we, as a species, have prioritized materialism and our lower-selves – forgetting God – so we become further sunken into the tribulations of the world until we forget ourselves and our true purpose. This is the manifestation of the verse in the Qur’an where Allah says, “And be not like those who forgot Allah, so He made them forget themselves. Those are the defiantly disobedient.” [al-Hashr: 19].

Allah clearly associates ‘forgetting’ Him [i.e. heedlessness of Him] with being defiantly disobedient. This is because obedience of Allah can only truly be carried out by those who remember Him, and the further He is from your remembrance and consciousness, the further you become from Him and the closer you become to that which distracts you from Him and occupies your heart. A downhill spiral ensues, until “…so He made them forget themselves.”

God directs us to the methods by which we can be successful in this world and the next, and such success is granted through achieving taqwa. Taqwa has been famously translated as ‘God-fearing’, but it can be more accurately understood as the God-conscious state by which one able to observe the Rights of God and the rights of His creation, and does not transgress either. This is ultimately the purpose of the Qur’anic emphasis on dhikrullah, because the sole ‘remembrance of God’ is not the objective itself – but rather it is a means to the ultimate objective of attaining taqwa and observing the rights of God and His creation, so that we can receive His pleasure.

This state of God-consciousness and remembrance is constantly encouraged and commanded by Allah in the Qur’an, in order for us to use it as a vehicle to refrain from transgressing [which is a consequence of heedlessness from Him].  The Prophet Muhammad [P.B.U.H.] stated in an authentic hadith: “He who remembers his Lord and he who does not are like the living and the dead.” This is because those who do not remember God live their lives transgressing on His rights and the rights of His creation. Such a life is not worth living and is as if the person has already died – walking heedlessly like a zombie.

Unfortunately, that is the inevitable direction that materialism and individualism takes one to – as it sidelines the Divine and prioritizes the carnal self. Without having the Creator at the forefront of our thoughts, we begin to lose the sense of accountability for our actions and we forget that we are to answer for all our deeds. Whereas those who remember God are living the true life, the life which is blessed by the Pleasure of God, when He says: “Then remember Me, and I will remember you…” [al-Baqarah: 152], and what is better than God making ‘mention’ [dhikr] of you as the verse suggests!? Such a status can only be achieved through true dhikrullah. This is because the remembrance of God leads to truthfulness, kindness, generosity, and other honorable characteristics that result in good actions which bring more blessings to one’s life.

This brings us to the discussion about what actions and states constitute as true dhikr, as it pertains to our success in this world and the next. Therefore, true remembrance is the consciousness of God that the heart and mind conjure, alleviating the self from being occupied with anything other than Him – which naturally translates to observing His rights and the rights of His creation.

“Remembrance” that does not reinforce channelling that remembrance into praiseworthy acts of righteousness and fulfilling the commandments of God, but rather makes the remembrance itself the objective, has not entirely met the standard that Islam ordained by ‘dhikr’ of Allah. Such sentiments certainly do exist with particular groups and ideologies within Islam, or in the interpretations of particular schools and spiritual aspirants. But no sect, school, nor group has a monopoly over dhikrullah, nor are there any textually restricting modes or methods for ‘remembering’ Allah.

Because it is a means to an objective, dhikr of Allah is considered ‘fulfilled’ by the fulfillment of its objectives, if they’re done so out of obedience to Him and the desire to observe His Rights and the rights of His creation. Those who assert otherwise and claim that dhikrullah can only be accomplished through a particular medium or way, such as through a dhikr circle or a gathering designated solely for vocally repeating God’s Name in unison, have little evidence to prove their restriction of a general Divine decree.

This is not to say that such mediums are wrong, on the contrary they are quite beneficial and such acts can be done individually or in a group setting where folks gather solely to remember Allah and His Prophet, sending salutations upon him. Such gatherings are blessings, and serve as another avenue by which one can remove themselves from heedlessness and immerse themselves in dhikrullah. There is no contention with that medium to remembrance and it falls in the realm of permissible acts of goodness.

But dhikr is not limited to such modes and can therefore be accomplished by a believer at any place, time, and circumstance. The methods and modes of remembering Allah are vast, and in this day and age where we feel the constant pressure of materialism pushing forth its godless agenda, it becomes incredibly pertinent for us to hang on to the remembrance of Allah and strive for success in this world and in the next.