The aim for any kind of dhikr should be God-consciousness and remembrance within the heart before the tongue and the limbs. 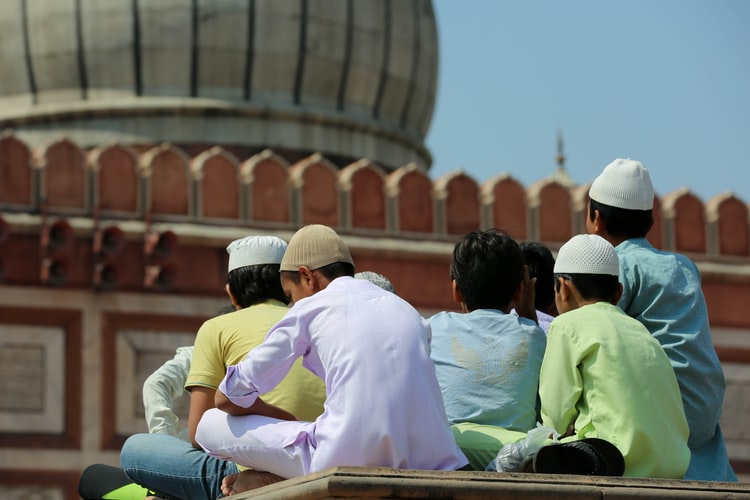 The aim for any kind of dhikr should be God-consciousness and remembrance within the heart before the tongue and the limbs.

In Part 1 of ‘Dhikr: Maintaining God-Consciousness in a Godless World’, I discussed the tragedy of the modern world and its moral decline into a society of materialism and individualism. I explained how this has led to a rise in ‘godlessness’, and how the increasing moral corruption is a result of the heedlessness of God. In the second part of this series I hope to explore the different modes of remembering God in our lives, and how we can remain God-conscious in everything we do.

A solution to prevent oneself from falling trap to such a lifestyle of materialism and individualism is through a vigilant effort in remaining steadfast upon dhikr [remembrance of Allah]. The foremost method of making dhikr is the formal obligatory prayer that Muslims must observe five times daily. These prayers are entirely a remembrance of God from the moment the intention for prayer is made and one stands before Allah, until the very moment one exits the prayer by declaring ‘peace’ – a reminder of one of the objectives of dhikr.

Throughout the day, the prayers serve as opportunities for Muslims to enter a state of total and complete God-consciousness, so that he or she can observe the verse in the Qur’an: “Indeed, prayer wards off immorality and wrongdoing, and the remembrance of Allah is greater. And Allah knows that which you do.” [al-‘Ankabut: 45]. The dhikr of the prayer is meant to serve as a vehicle for one to be immersed in God-consciousness, so that they can take the energy of a dhakir [one who is oft-remembering of God] into the rest of their day and avoid any transgressions.

Reciting the Qur’an itself is a great form of dhikrullah, as it is the Word of God and the mere utterance of every letter in the Qur’an generates God-consciousness and a connection with the Divine – if one recites with their heart and not only with their tongue.

Often times, dhikr remains at the door of the tongue and the ears of people without any movement of the heart. This does not tantamount to true dhikr, as the state of the heart is not changed and there is no real God-consciousness or reinforcement to refrain from transgressions. Similarly with the formal prayers, they can easily be reduced to mere ritualistic movements and one could simply be praying their entire life by merely going through the motions.

This is delusional, as the person is not only depriving themselves of the blessings and acceptability of their prayer – but they’re also essentially wasting their time. The aim for any kind of dhikr should be God-consciousness and remembrance within the heart before the tongue and the limbs – that is then outwardly manifested by the tongue and the limbs translating what the heart is experiencing of dhikrullah. This is why contemplation of the Qur’an while reciting is the best type of recitation, as it induces a deeper level of reflection and meaning in the heart about God’s Words, which ultimately leads to a higher level of consciousness of Him. Allah said in the Qur’an, “Indeed, it is We who sent down the Dhikr [the Qur’an] and indeed, we will be its protector” [al-Hijr: 9].

Sending prayers and peace upon the Prophet and his family is also one of the spiritually elite ways of making dhikrullah, as one is not only remembering God by asking a prayer from Him – but also reaping the benefit of remembering the beloved Prophet as well [P.B.U.H.]. Just like Allah tells us that by remembering Him, He ‘remembers’ us [in the way that is suitable to Him – the Most High], when we remember the Prophet by way of sending our salutations and peace upon him, he remembers us.

In an authentic hadith, the Prophet said: “When any one of you sends their salutation [salam] upon me, Allah returns my soul so that I can reply back.” This is the blessing and ultimate benefit from sending salutations upon the beloved Prophet, so that we are honored by being recipients of his salam. Simultaneously, the Divine command in the Qur’an is also being completed, when Allah says: “Indeed, Allah confers blessing upon the Prophet, and His angels [ask Him to do so]. O you who have believed, ask [Allah to confer] blessing upon him and ask [Allah to grant him] peace” [al-Ahzab: 56]. Allah commanded us to send these salutations, making dhikr of Allah and His Prophet, because it serves as a means for us to get closer to them and subsequently become better human beings.

Such acts of dhikr can be done individually or in a group setting where folks gather solely to remember Allah and His Prophet, and send salutations upon him. Such gatherings are blessings, and serve as another avenue by which one can remove themselves from heedlessness and immerse themselves in dhikrullah. There is no contention with such gatherings, and they fall in the realm of permissible acts of goodness.

Furthermore, if one truly observes God-consciousness in such gatherings and channels the chanting of His Divine names and attributes, and the salutations upon the Prophet – firstly from the heart, then from the tongue – into actions of obedience and observation of God’s rights and the creations’ rights, then such a person has truly succeeded and attained a level of purification [tazkiya]. As Allah says in the Qur’an: “He has certainly succeeded who purifies himself. And mentions the name of his Lord and prays.” [al-A’laa: 14-15].

An important note to remember when it comes to group dhikr is that there is no textually-sanctioned structure or method for doing so, as long as it is a Shari’ah-compliant gathering. Albeit the best form of gatherings to remember Allah are those which prioritize the Qur’an and Sunnah, instilling reflection of their meanings, taught and lead by a person who knows them and is authorized in leading such a gathering of dhikr.

There is a misconception that anytime Allah ordains that we make dhikr of Him, or remember Him, that He is solely referring to sessions or long periods of time in which an individual or a group repeatedly chant His names, or recite other phrases of remembrance. Such gatherings are indeed spiritually rejuvenating and serve as powerful opportunities to re-up on God-consciousness, but Allah’s commands for us to remember Him are not restricted to any particular format and are rather directions for us to take the powerful means to God-consciousness – regardless what the mode or method may be.

God in the World Around Us

Nature also serves as an excellent way for one to contemplate and reflect on the Creator, moving one to recognize the majesty and beauty of His dominion and thereby glorifying Him as our Lord. The Qur’an encourages this, saying: “And the earth – We spread it out and cast therein firmly set mountains and made grow therein [something] of every beautiful kind, Giving insight and a reminder for every servant who turns [to Allah].” [Qaf: 7-8]. Reflection on the beauty of nature, or its majesty, strength, and so on, all serve as vehicles which redirect the true servants of Allah back to God-consciousness.

This can also be done in the professional world, where one should strive to work and remember Allah at all times – reminding oneself of the One who truly sustains them, and has created all these various means for us to provide for ourselves and our families. There are opportunities for dhikr in every area and part of life, and there are endless vehicles by which we can channel our activities and experiences into remembrance of Allah so that our God-consciousness increases. This naturally ought to result in obedience of Him, observing His rights, and the rights of His creation.

Surely some methods of dhikr, such as prayer, are obligatory and cannot be omitted, and others serve as stronger vehicles for spiritual recharge and boosts in our God-consciousness. Another misconception about dhikrullah is that it causes a fogginess of mind through ‘intoxication’, or a passiveness in judgement. Surely, there is tranquility and contentment that descends upon the heart when it remembers its Lord, as the Qur’an says: “Those who have believed and whose hearts made content by the remembrance of Allah. Unquestionably, by the remembrance of Allah the hearts become content.” [al-Ra’d: 28].

But the remembrance of Allah is meant to heighten ones senses, strengthen one’s judgement, and reinforce the tongue and body to work in His way – all whilst the soul remains in a state of contentment and love for Him. It is important to seek balance in all that we do, so that whilst we engage in spiritually uplifting ourselves, we ensure that it is truly from the heart by carrying out the commandments of Allah and manifesting our dhikr of Him in our actions.