Zakir Naik and the cheapening of Islam

There is a video of Zakir Naik smugly telling the host of a chat show that non-Muslims are not allowed to preach in an Islamic state. Why?

Well, we Muslims already have the truth so why should we allow others to preach falsehoods in our lands? Never mind the fact that Muslims are freely living, worshipping and preaching in the West.

Zakir’s supporters won’t think about that. That is how their minds work. A privileged, supremacist outlook which can only be termed as the chosen people syndrome.

And if you are offended by Zakir, he adds, you can just “sue the Quran.” Despite the fact his style goes completely against the Quran, he feels he is God’s elect.

Zakir Naik fits perfectly into this mindset. He thrives in an environment where both the organizers and audience are firmly on his side.

His work is no different than that of the American televangelical preachers who thrive on bringing in fake ex-Muslims like Ergun Caner (look him up on YouTube, he has been exposed for his fake history spun to win points with the Islamophobic crowd. In reality Caner cannot even pronounce the Sunni shahada correctly!).

Like that, Naik’s followers have little concern for the truth. To them, it is the show which matters and their faiths get cheapened in the process.

During Zakir Naik’s concert (and I use the word intentionally), there were apparently four conversions. I say “apparently” because Naik’s colleague, Yusuf Estes, was exposed for faking converts in Germany using the “recycled converts manoeuvre.”

Estes gave some flatulent excuses but let’s face it, his audience loved the notion of a thousand converts in one show. That is what it’s really about in this cheapened version of Islam ― the numbers. Always the numbers.

Has anyone thought of the consequences of Zakir Naik’s show? Let’s take the most celebrated conversion of that evening ― that of Woo Nina Grace, aged 19.

Ms Woo, who is of Filipino and Chinese parentage, has been reportedly studying Islam since the age of 13. I salute her, not because she chose to convert to Islam particularly, but because she has such a clear resolution at such an early age.

Here’s the question though: did she need a public conversion at the hands of this Islamofascist to ratify her faith?

The organisers and perhaps Zakir himself used her for popularity reasons. She did not need a public conversion at all.

News reports that followed indicated that her father at least was disapproving of her conversion. This is what Islamofascists fail to realise ― that other people cherish their respective faiths as much as Muslims cherish ours.

Ms Woo’s father may have raised her with all the love of a parent who sees great joy in passing along his faith to his beloved daughter. His daughter then spurns his gift and joins the other side! Islam unequivocally rejects the divinity of Jesus, something very blasphemous to Christians.

Am I advocating Ms Woo should not have converted? Absolutely not! She has a right to her faith and it is, after all, her life. However, she did not need the cheap publicity of Zakir Naik’s concert to do it!

Likely her conversion caused great humiliation to her father. The public spectacle was simply unnecessary. Was Zakir Naik paid for these concerts? If he was, then this money is tainted. He would have used religion for his personal gain.

According to a now viral report in Malaysiakini, Zakir did allow the audience to throw him some difficult questions. Ramesh Rajaratnam did praise Zakir for his vast knowledge (I disagree. I find Zakir crass and shallow at best. What he does can be done by a well-trained parrot!).

However, Ramesh also pointed out that Zakir was incredibly arrogant, denigrating people’s language and level of knowledge. I wonder if Zakir was following the Sunnah of the Prophet just then?

Ramesh himself levelled some questions at Zakir. One question connected the polygamous practice of the Prophet (pbuh) to the permission supposedly given to him by the Quran.

Ramesh pointed out that this was too convenient and in fact, Aisha (the youngest wife of the Prophet) actually made such a suggestion herself!

Zakir’s response was the usual spiel about political marriages and a circular logical statement that “God says so.” This is the shallow level of retort Zakir is capable of.

There is no real depth to him and he is really an embarrassment to Quranic apologetics. In another video, he actually makes a comparison between the metaphysical notion of the afterlife with the axiomatic truth of mathematics. This shows his inability to understand the various types of truth as well.

Little wonder then that the loudest supporters of Zakir are none other than Isma, the confused Islamofascists. Malay Mail Online columnist Shafiqah Othman Hamzah was lambasted by a Wanita Isma representative, an actual professor madya, for criticising Malay-Muslim support for Zakir!

The professor displayed why Malaysian tertiary education is in the slumps when she said the Quran does not support apostasy when in fact it gives total and unconditional freedom of religion.

Zakir himself advocates murdering people who leave Islam and preaches to other Muslims yet he does not mind if Muslim converts preach to others!

Such is his confidence in the Muslims’ faith. Someone should have asked Zakir if he supported Malay privileges. He would have spun faster than our washing machines to get out of that one!

Zakir Naik’s parting remark is to advocate an Umno and PAS coalition government. I suggest to his opponents for his next concert, ask him if he supports racism and racial privileges. Show him Umno’s track record of corruption and ask him if such a party can be Islamic.

Very sadly, Zakir Naik’s concerts were like the Back Street Boys’ revival shows, all packed out. Forty thousand people attended his last show.

This is simply an indication of what Islam is for many of us ― nothing but a cheap thrill. It’s all about the numbers and the humiliation of other religions. Muslims need to rise above this cesspool and become compassionate human beings.

(This article by Farouk A. Peru was originally posted here)

Editor’s Note: The views and opinions expressed in this article are those of the authors and do not necessarily reflect the views or position of The Muslim Vibe

What’s your view on this? Do you agree or disagree? Comment below 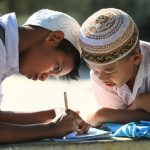 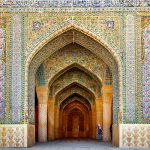