Malala Yousafzai shook the world with her story of bravery and valor when she stood for female education and took a bullet to her head fighting for her cause. Months have passed and as the wounds of Malala’s injuries have been healing, so has the controversy surrounding her been mounting.

I remember visiting Pakistan watching various families in small villages enchanted by this young champion’s stance. Vividly, I recall visiting a small village in Pind Dadhun Khan near the Khewra mountains, as a humble family huddled around the set watching the daily news. ‘See’ the mother said ‘Our Pakistan will never crumble..’ At which point the electricity cut out and the irony was a bit too much to bear.

So it was somewhat a culture shock to see the same liberal Pakistanis that normally endorse the actions of the West calling her an agent for the British. The irony of these upper-class Pakistanis who jam to One Direction and Maroon5 highlights the great confusion that Malala’s case has brought. One Pakistani studying in the UK slurs ‘Get rid of this filth, Malala is not Pakistani she’s British through and through.’ He does so from an account which has him posing by Big Ben. 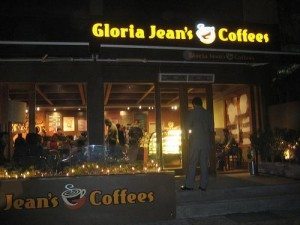 The division and subsequent confusion has been plastered by the academic elite of Pakistan that are usually found crammed drinking hazlenut lattés in Gloria Jeans, murmuring a ‘Vow’ and ‘that is amazing’ in what I piece together as broken urdu. The bare-cheek hypocrisy has me cringing as they say she no longer remains a Pakistani. But in all honesty, their debate has no standing. Malala stood for education and it is as simple as that. By not endorsing Malala, do you endorse the middle ground of uncertainty and where does that lead us? There is no denying that Malala has brought a global focus on education specifically towards Pakistan. For many, she is upholding the values of the true Pakistan and has become an ambassador for the thousands of children that are denied this crucial right. I was shocked to find that many people in Pakistan who are educated to a degree level are oblivious of the education crisis Pakistan is in.

Two years, ago I attended the Pakistan Future Leaders’ conference in Oxford where many young Pakistani elites fought staunchly against the nationalisation of education fearing it may reduce the standards of the education they or their siblings would receive. The elitist fear of ‘education for all’ is stifled by a selfish and self-interested look that if education is made a necessity rather a luxury then the next step is the redundancy of their own privatised education. Yes, in the future we want to see an abolishment of privatised education. Every country should aspire that the public education is of the best standard removing the need for an alternative. But that’s a far away goal, it seems people don’t want to even take steps to introduce changes with fears of where the road may lead them. I believe, many manifest their fears of a progressive more educated Pakistan with hate towards Malala. It’s not the concept of a developed Pakistan that is scary for some, it is the fear that their own personal interests and skills will be overshadowed by a more deserving and committed ‘lower class’.

Many Pakistanis who come from an elite background have shunned Malala and her recent award of the Nobel Peace Prize. It’s not the first time that this has happened, the first Pakistani winner Abdus Salam was called a Kafir for his religious beliefs being different from the status quo. Back then it was ignorance that spoke, and decades on it is ignorance that materialises.

If Malala’s story brings a national drive for education then I welcome it. She will always be surrounded by controversy, but by classifying her as an agent – you not only lose the story of this amazing girl but Pakistanis and others begins to revoke their credibility as they become viewed as bunch of conspiracists.  I do not wish to delve into the conservative arguments against her book because the reasonable islamic backing in their arguments is textbook flawed and to give them a platform would just be plain wrong. Bring forward a credible argument against Malala, just because the west has unanimously supported her cause why should her stance be less significant. Granted there are thousand Malala’s struggling daily but Yousafzai allowed the debate to go global.

Zain Haider Awan
A creative consultant by profession, a student by books and a self professed part-time mystic for leisure. Keen interests in world politics, social affairs and activism.