With the deprivation of an adequate education, HRW warns that Rohingya children are more at risk for child labour, child marriage, and generational poverty. 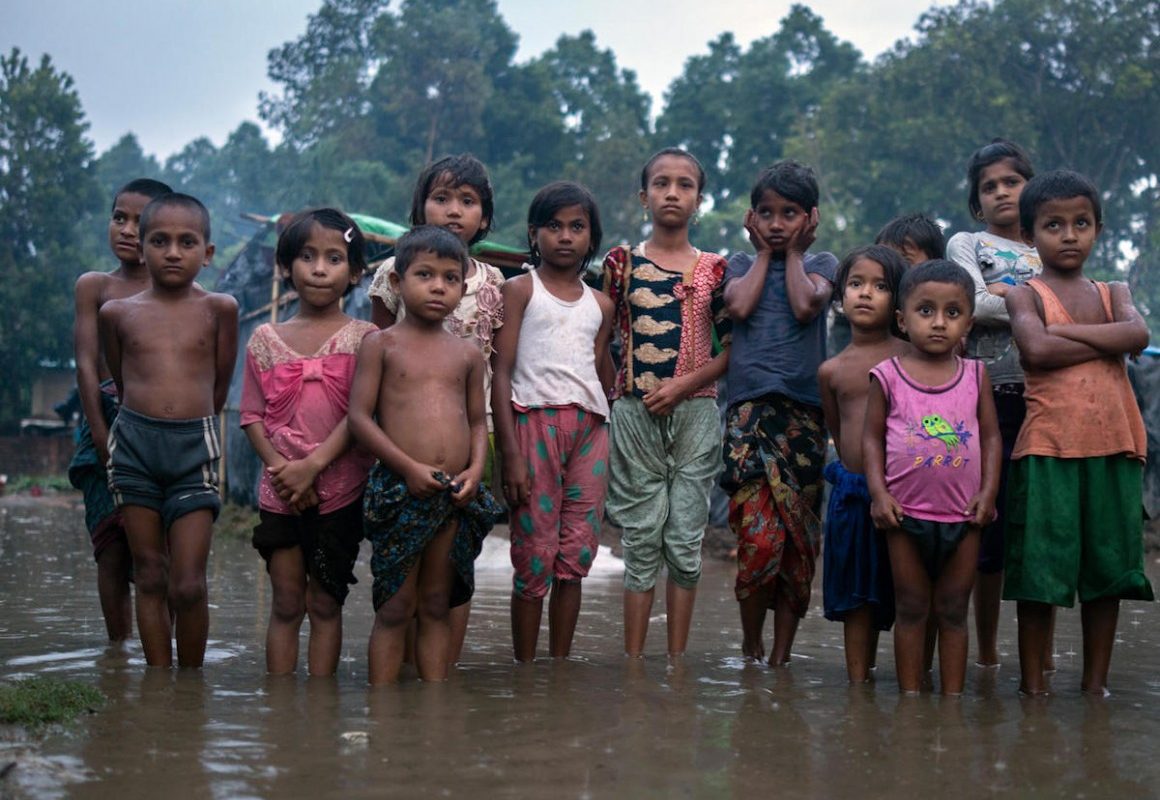 With the deprivation of an adequate education, HRW warns that Rohingya children are more at risk for child labour, child marriage, and generational poverty.

In a new report released by Human Rights Watch, it has been revealed that Bangladesh is denying Rohingya children in refugee camps any meaningful education inside the camps, as well as banning them from attending schools outside of the camps. Almost 400,000 Rohingya children are currently being denied a full education, according to HRW.

In HRW’s 81 page report, it has been revealed that Bangladesh is currently prohibiting humanitarian aid groups in the refugee camps in the Cox’s Bazar district from providing any form of accredited or formal education to children. There is also currently no secondary-level education or schooling. The government has also banned aid groups from teaching the Bengali language to the Rohingya children, and have also banned these refugee children from attending schools outside the camps.

Bangladesh has made it clear that it doesn’t want the Rohingya to remain indefinitely, but depriving children of education just compounds the harm to the children and won’t resolve the refugees’ plight any faster. The government of Bangladesh saved countless lives by opening its borders and providing refuge to the Rohingya, but it needs to end its misguided policy of blocking education for Rohingya children.”

HRW had interviewed 163 Rohingya children and parents, as well as government officials and humanitarian aid workers during the collection of data for the report. Also analyzing government policy documents and aid plans, HRW found that the Bengali government have actively tried to restrict educational programs and accredited schooling for Rohingya children in the refugee camps across Cox’s Bazar.

Bangladesh has allowed more than 740,000 Rohingya refugees into the country since the deadly ethnic cleansing that targeted the Rohingya minority in Myanmar beginning in 2017. Although Bangladesh has provided a somewhat temporary space for these refugees fleeing from Myanmar’s brutal campaign, human rights groups have accused Bangladesh of since denying adequate education and schooling for the hundreds of thousands of vulnerable children in these camps. Claiming that the hundreds of thousands of Rohingya refugees will return to Myanmar “within two years”, the growing crisis in these refugee camps across the country showcase the worrying trend of an almost unsolvable catastrophe.

The UN has stated that despite Bangladesh’s claim that the Rohingya refugees will return to Myanmar after two years, Myanmar is still not safe enough for a voluntary and dignified return of the Rohingya minority. Van Esveld stated:

Rohingya refugee children have been watching their chance for an education and a better future evaporate, and two years on there is still not even a plan to enroll them in schools. Depriving an entire generation of children of education is in no one’s interest, and the international community needs to act and demand that Bangladesh and Myanmar change course.”

With the deprivation of an adequate education, HRW warns that Rohingya children are more at risk for child labour, child marriage, and generational poverty. Many of the children in the refugee camps are also at risk of falling under the influence of criminals and armed groups, according to HRW. Bangladesh is obligated under the Convention on the Rights of the Child and other human rights treaties, like the 2018 Global Refugee Compact, to provide the Rohingya refugees an adequate level of education and schooling. HRW calls on the government of Bangladesh to adhere to these treaties, and help ensure the children of refugees are provided for fully.