Many of your friends, family, and social media followers might not check different types of media outlets which highlight Uyghur Muslim news, so it’s your duty to take action and inform people. 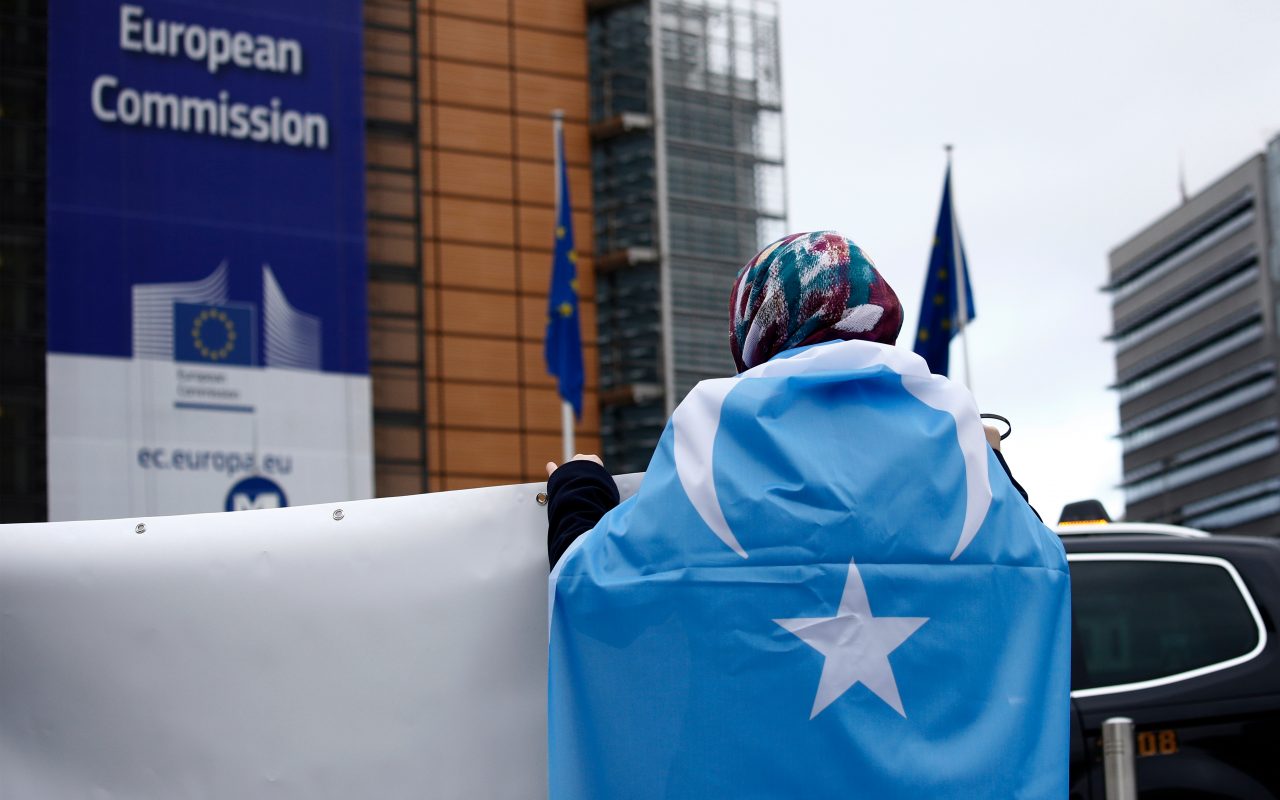 Many of your friends, family, and social media followers might not check different types of media outlets which highlight Uyghur Muslim news, so it’s your duty to take action and inform people.

President Trump told Chinese President Xi Jinping that building concentration camps for Uyghur Muslims in Xinjiang was “exactly the right thing to do”, according to John Bolton, the former US national security adviser. The private meeting occurred at the G20 summit in 2019. The claims in Bolton’s book ‘The Room Where It Happened’ surfaced on Wednesday after Mr Trump authorised sanctions against Chinese officials responsible for incarcerating Uyghur Muslims.

2 million Uyghur Muslims are currently detained in concentration camps, which the Chinese government calls “Vocational Training Centers.” Former detainees have reported they have to sing songs praising the Communist Party, have been forced into manual labour, and more seriously, endure systematic human rights violations such as violent rape and torture. Another extremely sinister abuse is women being sterilised without their consent.

Gulbahar Jalilova, a 54-year-old former detainee, told France 24, “We had to stick our arms out through a small opening in the door…We soon realized that after our injections that we didn’t get our periods anymore.” During an Amnesty International conference Mihrigul Tursun, another former detainee, said she was also forced to take unidentified drugs that caused her to blackout. She felt “tired for about a week, lost my memories and felt depressed” after being given drugs while imprisoned in 2017. In June 2020, the China Tribunal in London declared state-sanctioned forced organ harvesting of Uyghur Muslims was also happening on a massive scale.

So what can we do in Europe to help ease the suffering of Uyghur Muslims who are facing systematic oppression?

While there are lots of petitions online against the abuse of human rights, it’s important to make sure that you sign up to petitions which will have a significant impact on China.

This petition, for example, urges the International Olympic Committee (IOC) to prevent China from hosting the 2022 Olympics unless they close the concentration camps. The IOC has a clear responsibility to ensure that the Olympic Games are held in a country that respects international human rights.

Due to Chinese government sanctions, there is no way aid is able to enter China for Uyghur Muslims.

You can, however, donate your Zakat, Sadaqah, and Lillah to help Uyghur refugees who have fled to Turkey. Ummah Welfare Trust, for example, has a programme to help with financial and household aid. The charity organization Penny Appeal also has an Uyghur Emergency Fund that provides aid and assistance to Uyghur refugees in Turkey as well.

Part of helping Uyghur Muslims is staying active and in touch with wider organizations who can do tangible and credible work towards dismantling China’s continued abuses. According to the Uyghur Human Rights Group, you should write to the International Federation of Red Cross & Red Crescent Societies to urgently trace missing family members of Uyghurs Muslims.

The Organisation of Islamic Cooperation (OIC) is an international organisation made up of 57 Muslim-majority countries. It’s Independent Permanent Human Rights Commission (IPHRC) aims to protect and promote human rights in the Muslim World. According to Amnesty International, “IOC should urge the Chinese authorities to respect and ensure the rights of ethnic minorities in Xinjiang to freedom of religion and stop the persecution and prosecution of them for solely peacefully exercising their human rights.” You can send an email via this link to ensure Muslim countries are doing their part to help Uyghur Muslims.

According to the Uyghur Human Rights Group you should also write to companies with operations and sourcing in the Uyghur Region and boycott their products, as they often use forced labour from Uyghur Muslims held in detention.

You should urge these companies to cease operations and sales as long as the Xinjiang Regional Government continues to operate concentration camps. Some well-known companies include Adidas, Coca Cola, H&M, Ikea, Kraft, Heinz, Siemens, Muji and Uniqlo.

If you are in the UK and are not sure who your local MP is, you can find out here. And if you don’t have the time to write your own letter or email there are many templates that you can use online. Here’s a couple of examples here and here. Remember, these templates can be used to write to your politician regardless of which country you are in within Europe.

Here’s also a useful link concerning recent UK Parliament debates about Uyghur Muslims to see how little progress has been made. You can create alerts to be updated about any future debates.

It is important that we remind each other consistently via social media that we need to support Uyghur Muslims who are going through one of the most relentless ethnic cleansing regimes in the world today. Many of your friends, family, and social media followers might not check different types of media outlets which highlight Uyghur Muslim news, so it’s your duty to take action and inform people.