In an age where rampant Islamophobia is seemingly a free-for-all in mainstream media, it becomes more important than ever that sports like football work seriously towards combating instances of racism and Islamophobia.

A new report has accused English football authorities of failing to tackle and recognize Islamophobia, despite there being a growing focus on the blatant examples of racism within football as well. This research came after data gathered by the police, FA, and anti-discrimination campaigners highlighted the rise in hate crimes within football during the 2019-2020 season in England and Wales.

For the research, more than 40 Muslims – both men and women – shared their own experiences of Islamophobia within football, which included anti-Muslim hatred from fans, teammates, and opponents.

Asian men like me who are brown and have a beard go into predominantly white areas to play football, in these areas they associate being brown and having a beard with being a terrorist. Their first feeling when they see us is negatively and hate because of the propaganda the media perpetuate.”

Another female participant stated: “I receive racist and misogynistic posts on my Facebook account…they call me Isis b**ch and Bin Laden’s daughter”.

The report also found that “trigger events” such as terrorist attacks and negative media coverage reporting on Islam or Muslims were linked to widespread Islamophobia within football circles as well. To help combat this, it was reported that there needs to be a “more inclusive” and grassroots approach when it comes to supporting and encouraging diversity within football.

Imran Awan, a professor of criminology at BCU, stated in regards to this:

At the moment the FA seems like a national entity that is detached from reality and what is happening locally on the streets. It needs to start over again and encourage homegrown Muslim men and women into football.”

England’s FA has stated that it is taking all matters of discrimination seriously, and is actively working towards inclusivity. The FA’s Asian inclusion plan, called Bringing Opportunities to Communities, hopes to “work with faith groups to deliver events and mark notable moments with and for local communities”. In addition, the Ramadan Midnight League, led by the Birmingham County FA, hopes to help support local football participation by taking into consideration major holidays like Ramadan when helping promote and celebrate football.

Despite these inclusive programs, however, it was only last November when Greg Clarke was forced to resign as chairman of the England FA after it was revealed he spoke of “colored footballers” and stated that “South Asians and Afro-Caribbeans…have different career interests”.

In an age where rampant Islamophobia is seemingly a free-for-all in mainstream media, it becomes more important than ever that sports like football work seriously towards combating instances of racism and Islamophobia. As one of the most important models for bringing people together, football should stand as a powerful example of inclusivity and tolerance – not another field where Islamophobia can run rampant. 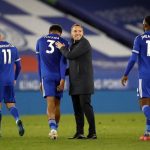