“Celebrity activism often escapes the kind of scrutiny most political activism is subjected to. It is often seen as either positive or pointless — but rarely dangerous. But Bollywood is a very different beast.” 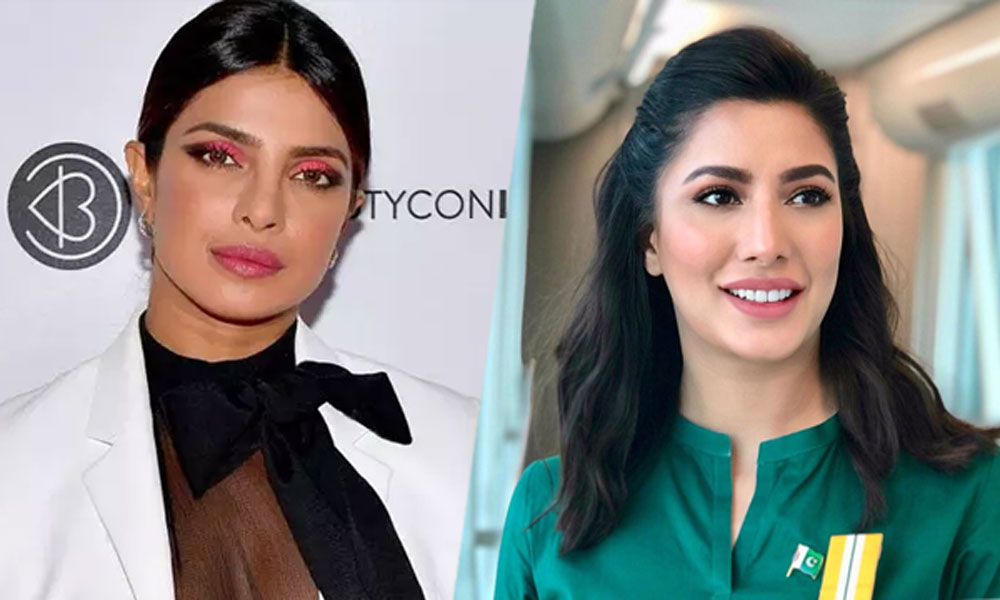 “Celebrity activism often escapes the kind of scrutiny most political activism is subjected to. It is often seen as either positive or pointless — but rarely dangerous. But Bollywood is a very different beast.”

Internationally renowned Pakistani actress Mehwish Hayat, who has recently been appointed ambassador to the UK based humanitarian charity Penny Appeal, has called out both Bollywood actress Priyanka Chopra and the entire Bollywood industry for promoting war, hate, and even certain levels of Islamophobia and racism.

Priyanka Chopra has recently come under fire for her response at a BeautyCon event in Los Angeles, when a Pakistani-American audience member questioned her on a tweet from earlier in the year that supported the Indian Army after a controversial military assault on Pakistan. Chopra had responded with:

Whenever you’re done venting… Got it? Done? OK, cool…War is not something I’m really fond of, but I am patriotic.”

Writing an opinion piece for CNN, titled The Problem with Priyanka Chopra, Mehwish Hayat explained that the double standard of Chopra being a UN Goodwill Ambassador while also promoting the Indian army amidst the ongoing Kashmir crisis is only inciting hatred and divisive rhetoric.

Celebrity activism often escapes the kind of scrutiny most political activism is subjected to. It is often seen as either positive or pointless — but rarely dangerous. But Bollywood is a very different beast. Perhaps alarmed by Hollywood’s open opposition to his ally Donald Trump, Indian PM Modi has arguably co-opted and weaponized the country’s film industry.”

Hayat goes further to explain why high-profile actresses such as Priyanka Chopra must be more vigilant with their platform: the millions that people like Chopra can influence are currently wrapped up in an increasingly dangerous crisis with severe humanitarian consequences. The entire industry of Bollywood also has a role to play, as Hayat explains. With the entire industry influenced by Modi-encouraged Hindu nationalism, Islamophobia, and outright racism, it is becoming clear that the world’s largest film industry is not only displaying but also encouraging divisive politics.

It is difficult, often impossible, for Pakistani actors to find work in India. Pakistan is a Muslim majority nation, and Islamophobia is a top-down industry in India: at the top, hyper-nationalist films, songs and slogans teach the masses to hate. At the grassroots, Muslims have been killed for so-called ‘crimes’, such as eating beef.”

Recently speaking at an event in Norway, where she was awarded the Pride of Performance recognition by Norway’s Prime Minister Erna Solberg, Hayat openly called out the intensifying Islamophobia seen in both Bollywood as well as Hollywood. Going so far as to specifically call out American TV shows and films that negatively portray Muslims, Hayat expressed the dire need for both Hollywood and Bollywood to do better in the fight against Islamophobia.

Bollywood could have used cinema to promote mutual understanding instead of vilifying us as they do. They need to decide which is more important – nationalistic fervour or a peaceful future . pic.twitter.com/EzcK4L0zWD

As UK based charity Penny Appeal‘s newest ambassador, Mehwish Hayat is currently in London to announce her dedication and commitment towards human rights and education as the ambassador for Penny Appeal. Hayat will be participating in the 2020 London Marathon, where she will be running to raise funds for the construction of five new schools in rural Sindh in Pakistan for children with little to no access to formal education. 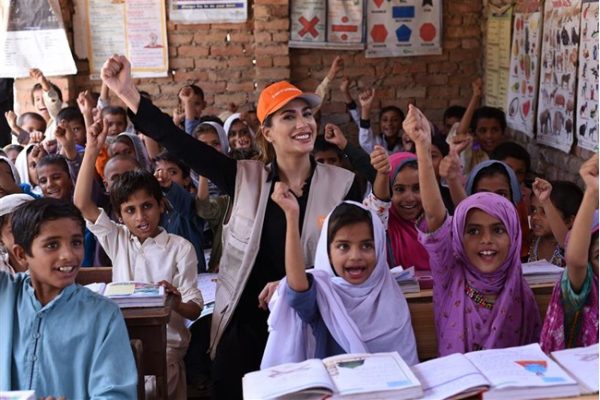 Speaking on her new role with the charity, Hayat expressed her excitement in helping build schools in her country of Pakistan: “I am thrilled to become Penny Appeal’s newest ambassador, it gives me the opportunity to help vulnerable children around the world reach their full potential through education. With 1 in every 3 boys and almost half of all girls in Pakistan not getting an education, I feel strongly that something has to be done. I’m over the moon to be running the marathon as the Penny Appeal Ambassador, to rebuild and transform 5 amazing schools in rural Pakistan”.