Motivated by the death of Israa Ghrayeb, a 19 year old Palestinian make-up artist whose death is being called an “honor killing” by her friends, Palestinian demonstrators gathered across Palestine, which included the cities of Jerusalem, Ramallah, Gaza, Al-Jish, Nazareth, Jaffa, Arrabeh, Haifa, and Taybeh, to protest the dangers of domestic violence and abuse. According to statistics by the Women’s Centre for Legal Aid and Counseling, there were at least 23 reported cases of Palestinian women being killed by abusive partners just in the last year.

The peaceful protest, which had the largest gathering in Jerusalem’s Old City, was almost unsurprisingly broken up by Israeli security forces, however, with many pushing and shoving peaceful demonstrators near the Damascus Gate entrance to the Old City. In a video uploaded to Facebook, many protesters can be seen being pushed down to the ground, with others beaten up by Israeli police officers as well.

Israeli security forces also attempted to arrest many of the demonstrators while on horseback. Those arrested included a 13 year old boy identified as Majdi Abu Al-Arabi, who was protesting peacefully while in the demonstration.

Speaking to Middle East Eye, an Israeli police spokesperson stated that when the demonstrators hoisted Palestinian flags, which constitutes as a public order offence, this meant they were under obligation to therefore arrest many of the peaceful protesters.

The group that organized this massive demonstration against domestic violence is called Free Homeland, Free Women, which formed after the death of Israa Ghrayeb, whose death sparked massive protests across the country. Although her family denies any blame, friends and hospital members in Bethlehem describe her injuries and death as being the result of severe beating by male family members after she had posted on social media pictures and videos of herself alongside her supposed fiance.

The Free Homeland, Free Women group defines themselves as independent Palestinian women in solidarity with all women who want to demand an end to all forms of violence against the women of Palestine. While also blaming the Palestinian Authority and their lack of attention towards cases of domestic abuse or violence, the group also holds Israel accountable for the vulnerability of Palestinian women. Razan Hazim, a member of the Free Homeland, Free Women, told MEE:

We women refuse to be a priority that is postponed until after national liberation. We seek to redefine national liberation based on freedom, justice, and social dignity. The marches today come as an assurance from us as Palestinians that we can overcome the reality imposed by colonialism and the division of Palestine and displacement of us.”

Under the Israeli occupation, Palestinian women are under more danger according to the group, as it becomes harder to seek help from Israeli law enforcement when the entire lives of Palestinians have been marred by abuses from Israel. As groups and demonstrations like these continue to fight against oppression and for the rights of women, it becomes imperative on our side to continue to support them while the abuses of regimes like Israel continue to move with impunity. 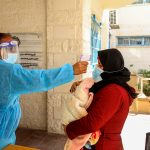 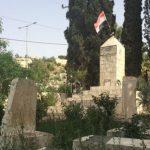 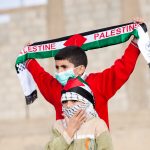