As a result of the momentum that the BlackLivesMatter protests started gaining in Africa, the Chairperson of the African Union, Moussa Faki Mahamat, in a statement on the union of the 55 African countries against systematic racism, declared: “the African Union Commission firmly reaffirms and reiterates the African Union’s rejection of the continuing discriminatory practices against Black citizens of the United States of America”.

Image: Protesters outside US Embassy in Abuja, Nigeria. Credit: SaharaReporters

A fortnight ago, what was normal in the United States happened in such a manner that it sparked protests not only across the US but across the world. It’s no news that racism has been established in the US since time immemorial – Black people have endured discrimination on the basis of skin colour for many years. Police brutality is also not new to Black Americans living in the country.

If this is true that racism and police brutality is not new, then what made George Floyd’s case unique in making people protest against racism in America, Britain, Germany, France, Italy, South Africa, Nigeria and a host of other countries? The actions taken by demonstrators in some of these countries, which made some of the protests violent, are highlighting the dire need to really understand what people have been enduring for such a long period of time in the United States.

The death of a black man in the hands of Derek Chauvin, a white policeman in Minneapolis after being strangled, despite saying “I can’t breathe”, was an avenue for people of African descent and advocates of social justice to join the BlackLivesMatter protest and air their grievances to relevant authorities on the systematic racism that has been prevalent in the US for so long.

According to many young people that joined the BLM protests in Nigeria, Black Lives Matter is compelling because of its simplistic clear message and powerful visuals.

Many young digital-savvy Nigerians are coming out to champion this compelling movement that is playing out on social media, some even from the comfort of their rooms. Pundits argue that this cannot be unconnected with the simplicity of the message that manages to cover so deep of an issue.

“We salute their peaceful expression of solidarity in support of the ideals of equal justice. They joined many Americans who are similarly outraged by what transpired and we have seen then express their shock, grief, frustration, and anger in many parts of the United,” the Embassy stated according to a statement that was published on its website.

“We sincerely hope that all of us, Americans and Nigerians, will learn from this episode and use it as inspiration to create a better world,” it further stated.

As a result of the momentum that the BlackLivesMatter protests started gaining in Africa, the Chairperson of the African Union, Moussa Faki Mahamat, in a statement on the union of the 55 African countries against systematic racism, declared: “the African Union Commission firmly reaffirms and reiterates the African Union’s rejection of the continuing discriminatory practices against Black citizens of the United States of America”.

The chairperson “further urges the authorities in the United States of America to intensify their efforts to ensure the total elimination of all forms of discrimination based on race and ethnic origin.”

Nigerians in the wider diaspora have also joined in these protests. At both an individual and group level, Nigerians living outside the country have also found a way of joining the BlackLivesMatter demonstrations.

“We believe in the truism that silence is not neutrality. There are certain social circumstances that call on us to abhor neutrality. This is one of those situations,” says a group of Nigerian students at the University of Alberta, Canada.

“We urge those in positions of leadership and law enforcement to commit to removing their knees from the necks of the socially marginalised and allow them to breathe,” the students affirmed.

But, with the increase of human rights abuses and breach of court orders in Africa, like the verdict that ordered the release of Sheikh Zakzaky that the Nigerian government turned deaf ears to, some Nigerians have mixed feelings on why some Africans should express solidarity to BlackLivesMatter.

“When black lives do not matter on the continent, it can hardly matter anywhere else. Racism is nothing but the face of power and power relations, and Africans must acquire this power. Only then can we truly say no to racism and make lives of the black people, wherever, matter” opined Saka Aliyu in an op-ed article on Nigeria’s Premium Times.

While the importance of the BlackLivesMatter movement is momentous and will make its mark on world history, it remains to be seen what tangible change will be enacted from governments to combat anti-Black racism not only in the US, but even in Africa where much of it has been internalised. 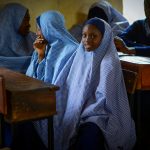 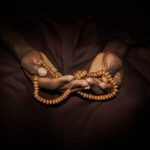