Grief: Coping with the death of a loved one

I know how much my family and I loved him but how could this love compare to that of Al-Wadūd (the Most Loving)?

Imagine a box containing a button and a ball. The ball moves, grows, and shrinks with no real pattern whatsoever. Some days it’s huge and hits the button many times. Other days it’s small and barely hits the button at all. But that box, with the button and ball, is ever-present once you’ve experienced grief. That’s certainly what I’ve found.

Every soul shall taste death.”

I first experienced my longest and deepest episode of grief last year after the passing of my paternal Grandfather (Dada). He was the only Grandfather I’d ever known (my maternal Grandparents died before I was born), and as his eldest grandchild in the UK, I enjoyed ‘special privileges’. These included having his shop named after me, constantly having my mistakes overlooked (good for me but not for others like my cousin, who was once told off for talking at the dinner table when I was doing exactly the same), and affectionately being called ‘The General’ (probably because I was expected to set an example for his other grandchildren).

Whilst I relished the above mentioned ‘privileges’, what connected me most strongly to Dada was the dream he had for me and his other grandchildren. He’d always wanted his children to go to university and when this didn’t happen, that dream passed down to his grandchildren. I still recollect my Grandmother telling me, at the age of 11, that she’d like to get me married at 20 (hilarious when I think about it now). As soon as she said this, Dada and I both exclaimed this wouldn’t be the case and that I would study! Dada was therefore absolutely delighted when I graduated from university. There’s a saying in Bengali: lekha fora khorya manush ow, which literally translates to ‘study and become a (good) person’. In Dada’s eyes, I’d done just that.

Given the close relationship I had with Dada, it’s no shock then that his sickness and subsequent death came as a searing pain. The two weeks that he was on the ventilator at the hospital were agonising. Deep down, I think the whole family knew his time had come, but hope was something we desperately clung onto. When the hospital finally took the ventilator off and Dada was battling to breathe, we were all there. After some time, I left his bedside to pray. It was raining heavily and strangely I felt a sense of peace. That didn’t last though. Soon after, I heard hurried footsteps. I couldn’t help but break my prayer to hear from my sister that Dada had gone. 00:16 on the 22nd of April 2018, and he was no more.

I recall walking out of the room to find my Uncle sobbing uncontrollably. Rather than crying, I found myself holding him and trying my best to console him. If I was Dada’s granddaughter and felt such pain then how did the son he’d lived with feel? In that moment, being there for him was my greatest priority.

The hours and days that followed were a blur. Emotions were mixed: sorrow, helplessness, and even anger. I remember waking up to the wailing of my Mother the day after Dada’s demise. I remember making du’ā and kissing Dada for the last time before he was taken away in his coffin. I also remember watching the burial at the cemetery, the tears streaming down my cheeks.

Following Dada’s passing, many guests arrived (laden with food) to show their respects. I received numerous condolence messages. And I was blessed with two very caring friends who checked on me almost every day. Despite all of this, I found myself just wanting to be alone. I decided to find an empty room in my Uncle’s house and sat there with the Qur’ān. Just opening up the mus’haf and reading the words of Allāh eased some of the pain and emptiness, when nothing else could do so.

I constantly reminded myself that it was by the will of Allāh that Dada had left this world and that he was under His care now. I know how much my family and I loved him but how could this love compare to that of Al-Wadūd (the Most Loving)? Allāh is more merciful to His servants than a mother is to her child. All I could do is pray that He would shower that mercy onto Dada. As difficult as this period was, patience and prayer were key.

But give good tidings to the patient who, when calamity strikes them, say, ‘Indeed we belong to Allāh, and indeed to Him we will return’. Those are the ones upon whom are blessings from their Lord and mercy. And it is those who are the [rightly] guided.”

Eventually, the pain of Dada’s loss subsided enough so that I could continue studying and even return to work. But although the hurt lessens, it never really goes away. Going back to the analogy of the box with the ball and button, I’ve found the ball to be massive on some days and continuously hitting the button. This happens when visiting the cemetery, for example, or whilst I’m writing this, as it’s now been a year since he passed away. Other days, the ball is smaller and may hit the button only when I remember Dada in my ʾādʿiyah. It’s always there though.

As painful as Dada’s demise has been for me, I continuously pray that Allāh reunites me with him and our other loved ones in Jannatul Firdaws. For me, it’s incredibly important to turn my pain into action. Whilst I’m still on this earth, I know I can continue to gain good deeds for him and one of the best ways to do this is through charity. This is why my family and I have been raising money for an orphans’ hostel in Bangladesh, a project Dada deeply cared for. It’s interesting how after a person’s death, others hardly refer to them by their name. They become a ‘body’ or a ‘corpse’, stripped of their humanness. In doing this project, I want to continue the legacy of my Dada so that his very human characteristic of generosity is remembered on this earth, long after his departure. I’d like to request all of those reading to keep this project in your prayers and get in touch if you’d like to donate.

Grief, especially through bereavement, is one of the most difficult situations humans can encounter. However, the comfort that Qur’ān and du’ā can provide can be compared to little else. Hold dearly onto both of these and exercise patience, a lot of it. Know that charity in the name of the deceased is one of the greatest forms of love you can show so actively engage in it. And lastly, pray that Allāh unites you with them in Jannah.

Tasnia Khan
Tasnia is a civil servant with a passion for Diversity and Inclusion. Currently on the Civil Service’s HR Fast Stream graduate programme, she aspires to use the skills and experience she gains to diversify the workforce and be the role model that she never had. She enjoys reading (travels become enjoyable with a book in hand), trying different cuisines and travelling to new places. 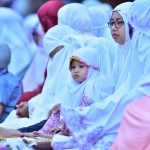 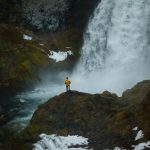 Tasting the Mercy of God 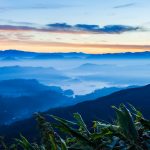 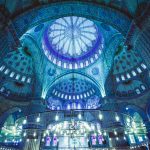 10 Verses From the Holy Quran on Patience