“I came so close to taking my own life again, that I knew it was time to change things”

My story is simple, but my journey was hard.

My story is simple, but my journey was hard.

My name is Khadija Abdelhamid.

I want to share my story, so if you’re reading this and you’re feeling suicidal, you want to give up, confused about your current stage in life or even if you’re looking for something to inspire you to get up and achieve greatness then this is for you. My story is simple, but my journey was hard.

I moved to the UK with my mother from Sudan in 1997, and my father was already in London. I was six years old and I didn’t speak a word of English. I remember barely being able to read or speak my own mother tongue, Arabic, and I was already being expected to pick up a new language, so I demanded from my parents to send me on the first flight back to Sudan.

I hated the idea of moving away from my family and everything that was familiar to me but eventually I had to get used to it and a few months later, I started going to school. I remember my first day in school like it was yesterday; it was the most unpleasant memory. We were all sat on the carpet floor whilst my teacher was taking the register and I really needed to use the toilet, but I didn’t know how to communicate it to my teacher in English, so I ended up urinating on the carpet.

The whole class found out and they made sure to not let me forget it. Nobody wanted to hang around with me, so I was always alone during playtime and lunchtime and this went on for a few months. My mum’s friend then decided to give me English lessons 3 or 4 days a week at home and I slowly started to learn English and I felt a bit more confident in school. Whilst I was learning to speak English, my teacher introduced me to a girl named Hanin from Libya; she translated for me every lesson and to this day, I am absolutely grateful for all she did for me.

My life in secondary took a dramatic change when I decided to attempt committing suicide in year 10. I tried to take my life in several ways, jumping off a train platform (I was tempted but never did it), cutting my wrists and I even burnt my hands. I would cut my wrists almost everyday and today I’m lucky that I didn’t damage a major nerve. I would burn my hands with matchsticks and I’m blessed I don’t have any scars left to this day. I eventually reached a point when I was in year 10 and I felt there was too much pressure from home and school and my grades weren’t really giving me hope either. 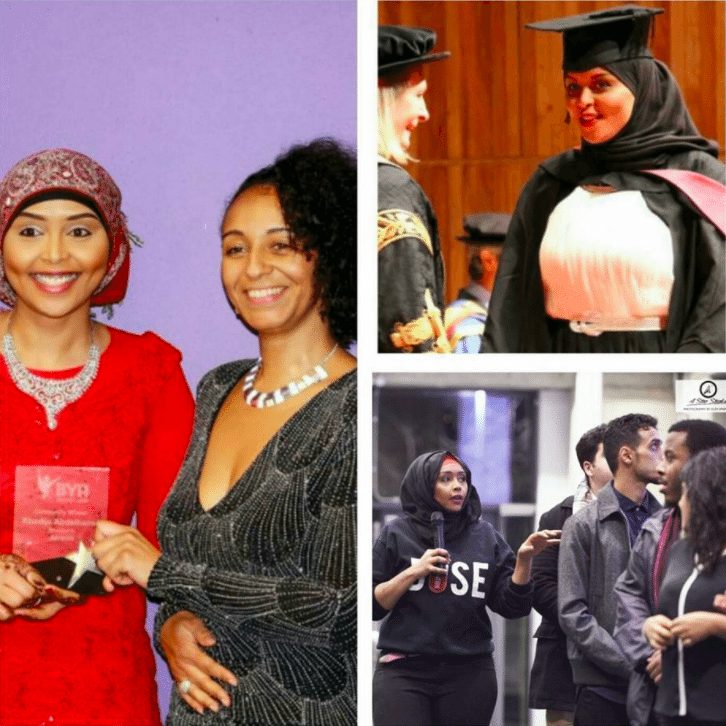 Secondary school was hell on earth for me for different reasons, one of which was that I was constantly bullied. I was bullied by some of my teachers (emotional bullying) and one particular student (physical bullying). My teachers would remind me everyday that I “wouldn’t amount to much’’ or that I “wouldn’t get far in life,’’ but I refused to believe them because they based my intellect on my grades, rather than my potential. As I said before, self-belief is everything.

When I left secondary school, I left with one GCSE and no 6th Form or College was going to accept me because I had failed my GCSEs. My secondary school had their own 6th Form, so they allowed me to do BTEC courses and from there, I went to study A-Levels. A few months into my A-Level course and my depression reached its peak and I decided to turn to self-harm again because I was being bullied (emotionally) by a group of girls who called themselves ‘Angels and Devils.’ My depression eventually made me lose motivation, so I failed my A-Levels completely. I got a few U’s, a couple of D’s and an X grade, and to this day, I don’t know what that means.

I finished my A-Levels in 2010 and two years later, I had nothing going for me – I didn’t even have a job. I remember one day, something triggered me and I was home alone at the time. I was having the worst anxiety attack and I thought to myself I couldn’t take this any longer. I came so close to taking my life again that my heart started beating with fear. It was from that fear that I ran to my GP and signed up for counselling.

I was seen in the within the next 24 hours. I took counselling for six weeks and at the end of my sixth session, my counsellor told me I showed no sign of self-harm or suicidal thoughts so she recommended for me to either take anti-depressants or to take further counselling, but I refused both. She then told me to work on my self-esteem and I felt that was the safest suggestion, so I decided to try it out. I left her office that day and made a promise to myself that one day, I would be successful, significant and become an inspiration to others. I had to start my life from the beginning so I decided to sign up for college and taking my counsellor’s advice on board, I started working on my self-esteem. I was on YouTube one day and I came across a motivational speaker called Eric Thomas and through him, I discovered personal development.

Eric Thomas inspired me to reinvent my life. I then started my own YouTube Channel called Dose Of Inspiration in 2016 where I motivated and inspired young people to follow their dreams and from the same platform, I also share my own life lessons and experiences. I called my channel Dose Of Inspiration because it was the ‘’doses’’ of personal development that helped me, rather than the anti-depressants. Last year April, I released a spoken word poem about my journey with Mental Health on my YouTube Channel called “Dear Depression.” The video reached 95 countries in 6 days. I then gained media attention and did interviews with The Huffington Post, BBC, The Independent, Reuters TV, Islam Channel, British Muslim TV and Ahlulbayt TV.

Today, I am an entrepreneur, a public speaker, a YouTuber, a spoken word artist and most importantly, I am a mental health activist. I recently started organising my own networking events for young people in London to empower and encourage young people to follow their dreams, regardless of their current background, circumstances, environment or skills. I want to provide them with the support I never had growing up when I was in secondary school and college. My event was called ‘Speak Now Or Forever Hold Your Dreams’ and in November 2016, I won an award for being the most active young person in the community throughout London.

I want you to remember you are very, very special and there isn’t anybody in this world that could ever replace you, your talents and most importantly, your story. Your story is your armour, your strength and your message to the world and you should never ever allow someone else’s opinion of you become your reality.

I remember reading somewhere that the difference between school and life is that school teaches us a lesson and then gives us the test, but life gives us the test and then teaches us the lesson. Also, did I mention that I finally graduated in 2016? I graduated with a 2:1 degree despite failing in secondary school and having no A-Levels. It took me six years to graduate and four college failures to get into University so never, ever, ever give up and always strive to be the somebody nobody thought you could be.

I believe that we all have the capacity to achieve our goals and dreams if we decide to take that first step of self-belief. Self-belief is the key to ultimate success, it’s the foundation and whatever we decide to plant for our foundation we will eventually reap what we sowed.

How To Regulate Emotions When It Comes To Personal Growth