Let’s Talk About Our 2018 Addiction

I’m a millennial – I was lucky enough to be born just before the social media frenzy, or should I say epidemic, began to consume society.

I remember spending much of my free time playing outside with my friends. We used to ride bikes in the West London area I grew up in, exploring, playing football, hide-and-seek – the whole lot. My mother’s voice was my alarm clock, she’d wake me up for school every morning and scream from the balcony to tell me it was time to go home for dinner. I’d spend a couple hours watching television with the family and do my home work – then it was time for the daily battle with my sister: Who would go online first.

The procedure was long and petty, but totally worth it. We’d have to beg our parents for the modem (she’d hide it every day), connect it, run to the PC, switch it on and wait for a few mins for it to power up before frantically clicking on the internet connection. For anyone born before the 2000s, I can bet my life you’re hearing that all too familiar sound ringing in your head right now. After a few failed attempts, it would finally connect and we’d quickly sign on to MSN messenger, the-go-to social media platform for millions of us at the time.

Everybody was on MSN. It was a messaging platform, much like today’s Whatsapp, except you’d log on using an email account and could sign out when you’re finished. In the unfortunate case someone calls your house phone, you’d not only be forcefully signed off MSN, but ejected from the internet altogether – catapulting you back to ‘reality’. 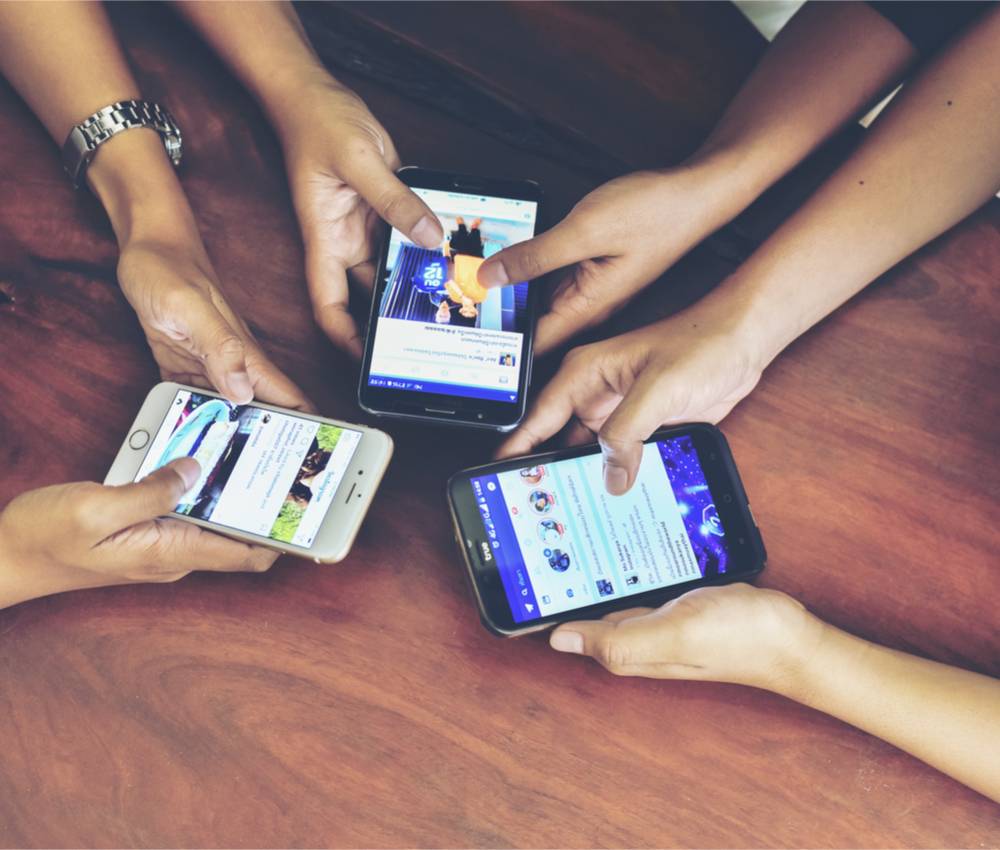 Bar a few lucky ones, most of us are forced to live our lives online and many are entrapped in the virtual world where our ideas, values and perceptions of real life have become warped beyond comprehension.

I’m a journalist and a creative, I know just how important and vital it is to have access to people on all corners of the earth through a screen in my hand; being present online has caused millions to progress their careers and enhanced their lives, no doubt. But I also know just dangerous this machine can be. Our phones have become a pivotal part of our daily lives – we wake up to them, spend a lot of the day staring at them and finally sleep only after navigating through apps on them. Too much of anything is unhealthy and is counter-productive.

A few months ago, I began to limit my social media use in stages and started to realise some interesting patterns in my behaviour.

If you follow me online, you’d know I’m quite active – I have a passion for photography and travel and I have plenty to post. But in the past few months I have posted very minimally online (bar Twitter which I use for work purposes) and what I noticed is that this didn’t stop me from being online. I was still using Instagram but people weren’t interacting with me because I didn’t give them anything to interact with. If I’m completely honest, this made me feel quite lonely and somewhat isolated, and the more negatively I felt, the more I’d pick up my phone to scroll through the apps – again causing me to feel the same emotions in what became an endless cycle. Then I snapped. [Not the app related action of snapping]

Out of sheer frustration, I decided to just delete the apps without deactivating any accounts, so that I would be able to access them, should I need to, from my laptop. This was hard to do at first and for the first few days I still kept on picking up my phone out of pure habit, before realising and putting it back down again.

While I haven’t been totally disconnected from the online world, I have instead been choosing what I’d like to connect to, replacing social media for podcasts and books, as well as working on a number of personal projects I’ve been avoiding. See, whether you realise it or not, as we currently stand as a society we do not choose what we are connected to – so long as you have a phone full of apps, that phone owns you. Everything you see, watch, read, like, is not by your own choosing. Picking up our phones for absolutely no reason has become a natural reflex for us despite it being a completely unnatural and modern phenomenon.

We are chained to our screens and this is causing us more short-term and long-term psychological issues than we dare to realise. It is no coincidence that we are witnessing a rise in mental health issues in today’s world. Millions suffer from depression and anxiety and many of them points toward their compulsive habits with social media/ and or their phones as the source of that. It took a while for me to realise just how many times I picked up my phone; how many times I hovered from app to app, scrolling aimlessly – sometimes not even really reading or seeing – before putting my phone down and repeating the motion every few minutes, unwillingly and unawarely.

The sad thing is this is not just a personal issue I am facing but one we have all fallen into, and despite what many will have you believe, it is not just a problem with the young kids. I’ve even witnessed my parents and all their friends pick up the same habits with their phones. It it a global, inter-generational epidemic that we must learn to tame before it overpowers us, our lives and our minds.

“Research by Ofcom found 78 percent of British people said they couldn’t live without their smartphone while on average users spend 2 hours 28 minutes online on them a day, rising to 3 hours 14 minutes among 18 to 24-year-olds.”

The truth is, this is an addiction and should be treated as such. For this reason, I do not recommend going ‘cold-turkey’ and would instead advise you to gradually wean off social media. Delete an app, then another, then another, until you are okay with being without. If your career depends on being online, try limiting the amount of time you spend on social media – post what you need to post and ban yourself from going back for the rest of the day. But at the very least, recognise your habits every time you pick up a phone – put it back down and keep yourself busy in other ways. Take care of your Self.

Sana al-Yemen
Sana al-Yemen is a writer, public speaker and freelance journalist currently based and working in London.