With this being the month Fatima binte Muhammad passed away, let’s remind ourselves why she is the best role model for women.

With this being the month Fatima binte Muhammad passed away, let’s remind ourselves why she is the best role model for women.

The woman of the world stands at a crossroads, faced with two choices. The question arises, an ignited flame – flickering in her mind: “Who am I?”

Which shall she choose?

In Arabia 1400 years ago, they used to bury their daughters out of fear of poverty and disgrace. Today, though it is not at birth, our communities continue to bury our women. On one hand, there is the traditional woman, who, though she is the backbone of the home, is a victim of oppressive customs – many of which unfortunately manifest themselves in so-called ‘Muslim’ communities. When she is a daughter, she is under the rule of her father or brothers.

Every right that Islam has given to her is taken away. The world she lives in establishes a patriarchal system which Islam has never supported, creating distinctions between boys and girls that Islam has never drawn. It says men should learn, become professionals, excel socially, intellectually, spiritually; and yet, women, the progenitors of humankind, should not learn, should not pursue certain professions, should stay in the home, should not speak out, should repress every natural right that has been granted to them by God. “And all of this occurs in the name of Islam…and worst of all, in similarity to Fatima” (Shariati 133).

If this is our mindset then by God we should tremble, because in this statement, we have become unjust to women, and unjust to the woman who is Fatima (s).

Is it any surprise that when our women are living through such nightmares, that when they are offered the illusive dream presented by the ‘modern’ woman, they jump at it? They have been told “Don’t,” so many times, that when this mirage of a woman comes and says, “Do!”; when this new community comes and tells her, “Embrace your beauty!”; when they exclaim, “Education? Yes! Freedom? Sure! A happy life? Yours!”… All the things Islam had to offer her to begin with, but which she now accepts, not through the dignity Islam granted to a woman, but through the voluntary enslavement into a consumer society which really only sees her a cog in their machine.

All because her old community was so steeped in tradition, that it clung to the shell of Fatima, but ignored the core. Who overstressed Hijab and the household role, but did not stress with the same fervor her education, activism, and social freedom. And by doing so, created a vacuum where others were able to come in and manipulate women into thinking that they were gaining rights, while actually, they were giving them away.

So what should our women do? Which path should they choose when neither of the two fulfills their intrinsic desire to achieve perfection? The answer lies in the fact that there is a third road. This third type of woman realizes that society has taken her away from who she is and has turned her into who it wants her to be (Shariati 23). She was asleep, and now she is awake, and, not wanting to become someone else’s idea, she urgently asks herself, “Who am I?”

She wants to find her core, she does not want to be a shell. “She wants to make decisions through reason and choice and relate them…to a society that has received its spirit and origins from Islam…She wants to build herself, by herself. She wants to be reborn” (Shariati 23-24). “(She) need(s) a model, an ideal example…For (her), the problem of ‘Who am I? How do I become?’ is urgent. (And it is the personality of Fatima who)…answers (these) questions” (Shariati 2) because Fatima (s) is a woman of that third path.

If our communities want to save our women—if, as women, we want to save ourselves—from this great injustice of not knowing who we are, of being pulled by voices outside the home, and chained by voices inside the home, we must first learn to distinguish what is religion, and what is custom. It is only by doing so that we will be able to save those who are fleeing from misrepresentations of the actual truth, to well-represented falsehoods.

Second, we must revive the true personality of Bibi Fatima (s). If it is “revived and introduced properly, scientifically, consciously” both men and women (because although we speak of her mostly in relation to women, Bibi Fatima (s) is a role model for men as well) will not search outside for freedom; they will know that there is a magnificent symbol in our “own history and religion…(who can) be followed (as the ultimate model of) self-reconstruction” (Shariati, Our Expectations of the Muslim Woman).

If there has been anyone who has walked through fire and emerged untouched, it has been Bibi Fatima. A woman whose values do “not change or grow old, nor do they depend upon the customs of the social, cultural or economic systems” (Shariati, Our Expectations). We must rediscover this woman—whose childhood was spent giving her father strength as he called the people to Mercy; whose youth was spent in the heart of a movement whose values shook the world; whose maturing years were spent “in the political fire of her times,” with her never sitting unaware at home of what was happening, but rather taking active involvement in promoting truth and justice (Shariati 254).

Even after her father’s death, even when truth was lowered and falsehood was raised, she did not become inactive. When she stood up to claim her inheritance, she was not rising in order to simply claim a piece of land. What use does she have for a piece of earth, when she is promised the expanse of the heavens? No, Bibi Fatima (s) rose to show that injustice parading under the guise of Justice is the most dangerous of all; she rose to reveal that if someone uses Islam as an excuse to take away your rights, they are following an Islam of their own creation. That, as a Muslim woman, your ethical purity should never inhibit you from fulfilling your social responsibility (Shariati 254); that God has sanctioned your ability to rise and reclaim what is rightfully yours.

Women of the world, standing at a crossroads: the heat of your question’s flame is fierce as it blazes in your mind. As you harness the river’s power to quench its burn, remember — you were not made for a life of mediocrity. You were made for a life of greatness.

The only woman who can save us is not the traditional woman, nor the so-called modern woman, but the woman who recreates herself to be who God meant her to be—a glorious force that rises to the pinnacle of perfection; who sees humanity suffering and realizes she must do something; who stands to speak, who sits to write, who establishes organizations, creating and promoting safe spaces for those who find themselves without support; who, walking in the footsteps of Bibi Fatima (s), will face hardship and suffering but never bow to them; who will walk through fire and come out gold, who will die a thousand deaths in order to be reborn—

Because she knows that, over a thousand years ago, when Prophet Muhammad (PBUH)) held Bibi Fatima to the sky, this newborn girl; when he put her in his arms and not a grave of sand; he was not only saving a daughter, but a legacy. By calling her “the woman among women of the world,” he neither intended to make an idol of her for us to worship, nor a victim for us to mourn, but rather a model and a symbol to emulate.

In Arabia 1400 years ago, they used to bury their daughters out of fear of poverty and disgrace. Today, though it is not at birth, our communities continue to bury our women. So many of them are drowning, are still suffocating in those burning sands, sands of both ancient traditions and modern practices. In this new desert, let us make sure we not burying, but saving; not letting go, but holding on. Let us, like the Prophet, cradle our daughters in our arms, and lift them to the sky—and so doing, lift the destiny of all women.

And when we do so, we will hear two cries that echo the life of Bibi Fatima (s): the first of sorrow, when we, as women, take in the scene, see the unmarked graves of all our fallen sisters…and the second of resolve, as we raise our voices in a renewed struggle for justice, realizing how beautiful it is to be reborn. 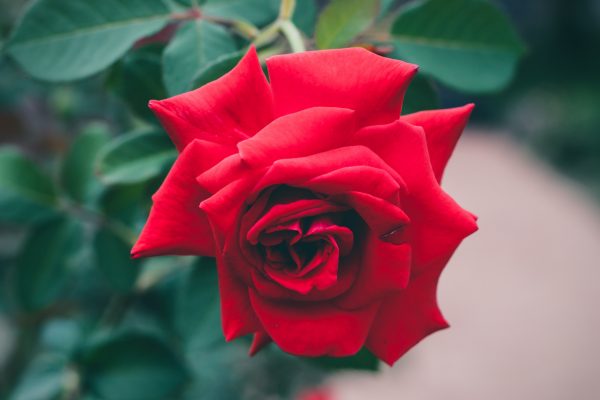 Five lessons to learn from Fatima, the daughter of Prophet Mohammad