Why Were There Ice Sculptures of Homeless People in London’s Financial District Yesterday?

Why Were There Ice Sculptures of Homeless People in London’s Financial District Yesterday? 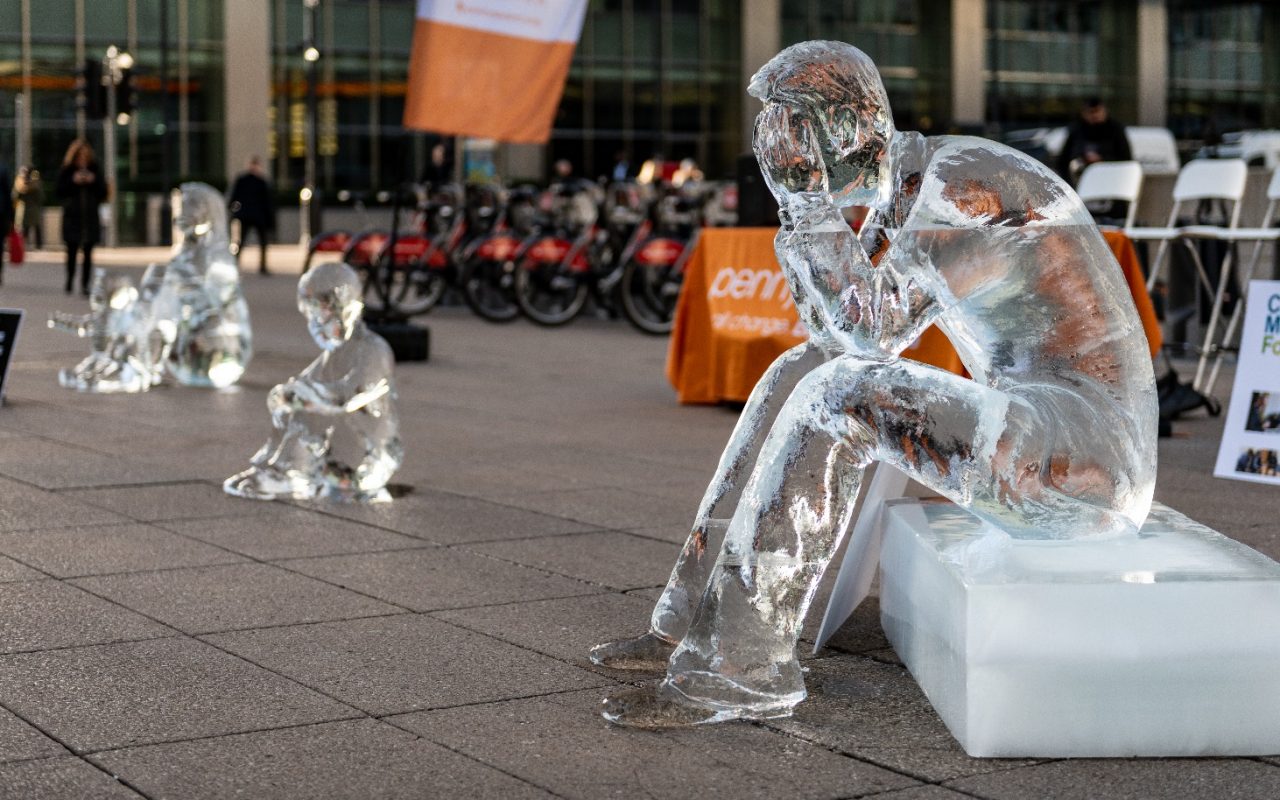 When people think of Canary Wharf, they think of skyscrapers, they think of suits, and most importantly they think of money. As commuters exited Canary Wharf station on Monday morning to make their way to work, they were left puzzled and stunned to see an Imam, a Bishop, and a politician coming together to unveil five ice sculptures of downtrodden people. Penny Appeal, the charity that brought them together, commissioned these 5 ice sculptures to represent the 5 families made homeless in the UK every single day to promote their winter campaign. 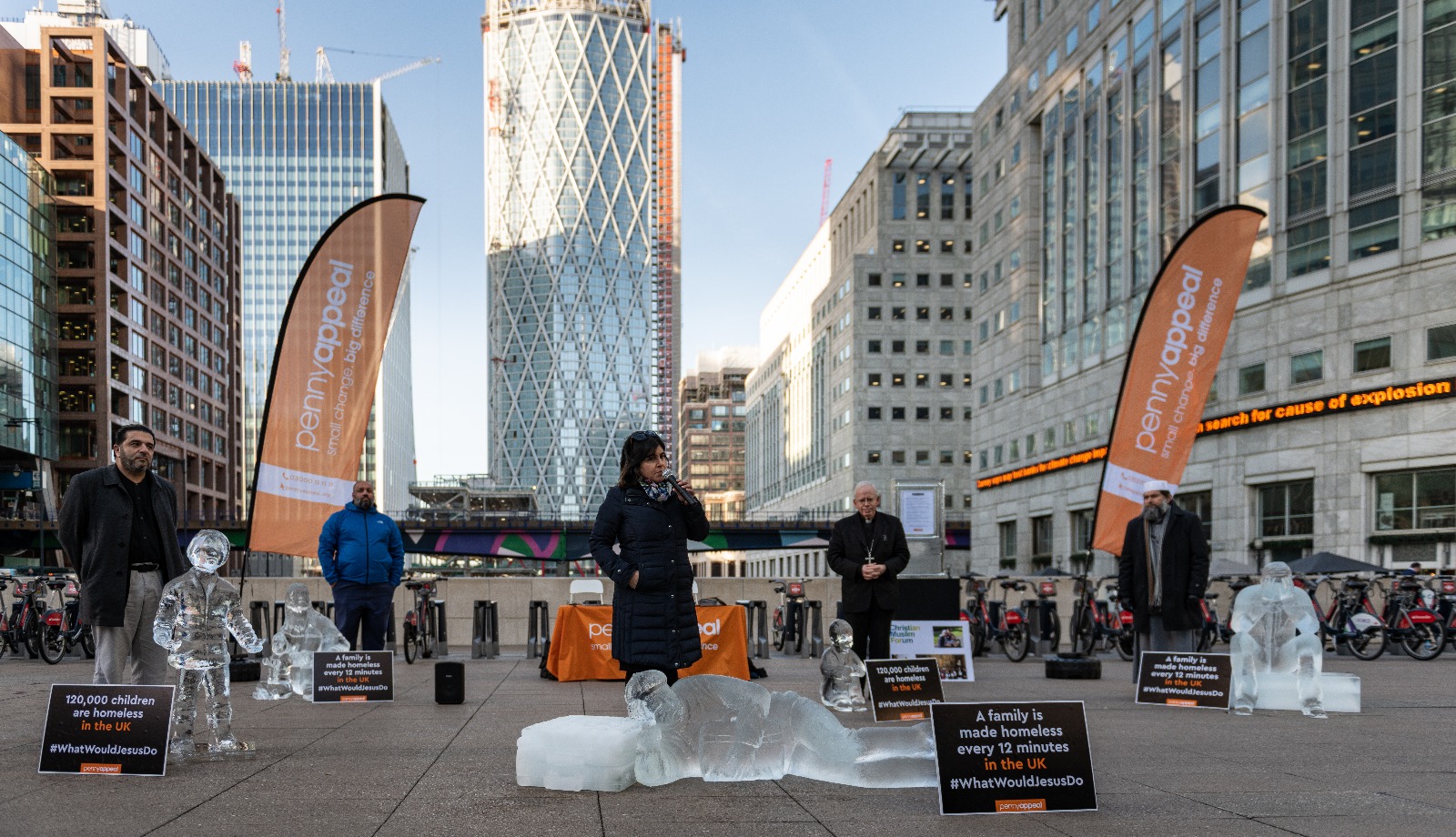 The Rt Revd Paul Hendricks and Baroness Warsi were joined by Shaykh Ibrahim Mogra to unveil the ice sculptures, followed by a brief speech highlighting the ways in which Britain’s diverse range of communities can show compassion and become more aware of homelessness during the festive period.

Asking “What Would Jesus Do?”, the campaign seeks to align people from all backgrounds together in the spirit of giving during the festive winter period. 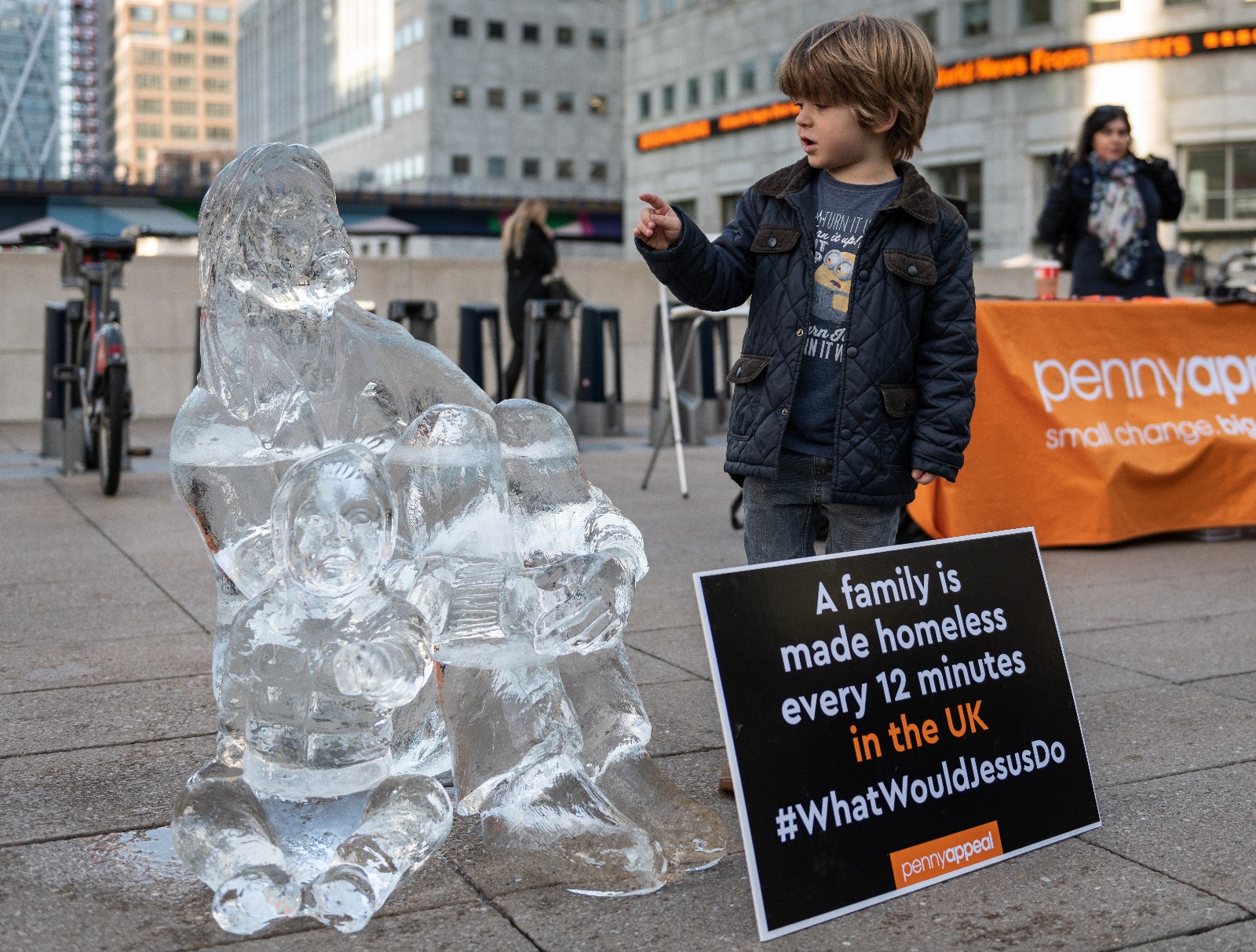 To some, it will seem strange that a Muslim charity is asking people what Jesus would do, that is, until they find out that Muslims also believe in Jesus. To Muslims, Jesus, like Muhammad, was a prophet, and showed compassion and warmth to those in need. Christians will be celebrating the birth of Jesus Christ. He taught his followers to feed the hungry and to love their neighbour.

Many homeless people remain hidden from view during winter, choosing to bus-surf or find other means of keeping warm. Both Muslims and Christians are inspired by their faiths to help them. Penny Appeal is placing the sculptures outside of the warm, cheerful interiors of some of London’s biggest offices to inspire people to give to an otherwise invisible community, just as Jesus would do. 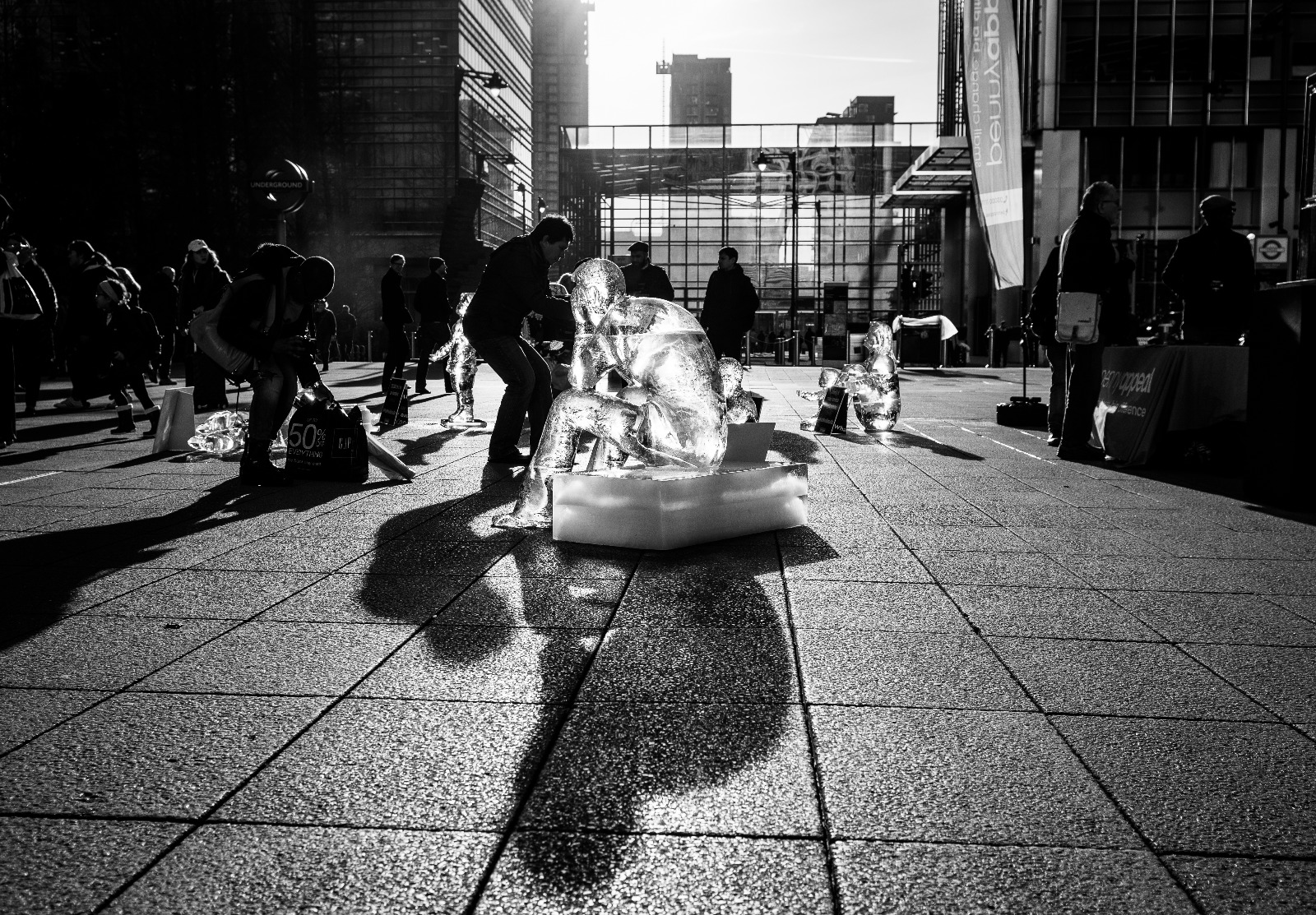 The charity is actively seeking volunteers to give their time to support their emergency winter appeal as well as their various events and activities globally. Volunteer Now!

You can also donate towards their winter appeal and help the most vulnerable people around the world. As little as £30 could provide 3 winter blanket to families in need. Donate Now!