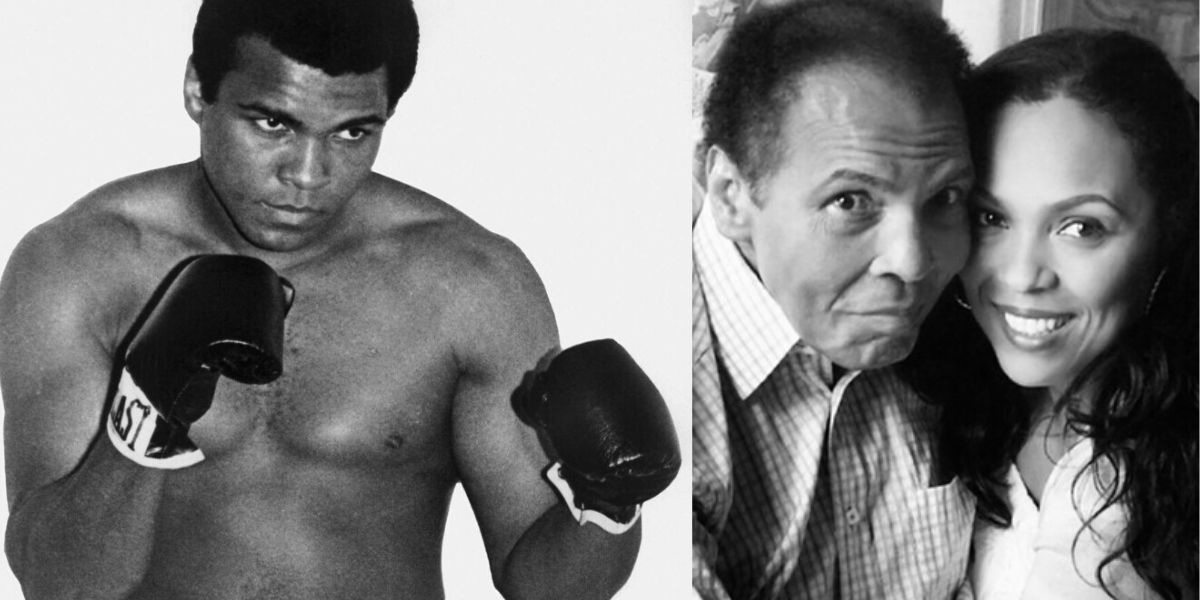 On this week’s TMV Podcast, Salim and Noora have a fascinating conversation with Hana Ali, the daughter of the late Muhammad Ali, on the legacy of her father, Black Lives Matter, and her new book “At Home with Muhammad Ali”.

Offering a deep insight into a personalized account of her father’s life, Hana Ali discusses who the man behind the boxer was – and how the humanity of Muhammad Ali is what she remembers the most about her father. While she jokes that his life was an open book, she still offers a lesser-known face to Muhammad Ali – his genuine humanity and love for people – and his life of charity and love that spread across all colors and religions.

My father lived his life like an open book. What you saw in the world is what he was 99% at home. The only difference is that he was a homebody, he loved to be at home. But when I remember my father, more than anything, it is his humanity. That was his greatest gift to us…he genuinely loved people.”

Offering little-known stories of Muhammad Ali’s humanity, Hana speaks at length at how her father would go out of his way to make sure people felt loved – from randomly calling up strangers at Christmas to wish them a happy holiday, to signing his autograph on cards that explained what Islam was to help spread the truth about the religion. Muhammad Ali, explains Hana, truly lived his life as an act of charity and good deeds to make whatever difference he could while on this earth.

The lessons he taught them as children still stay with her today, including lessons on charity, being a good and moral person, and fighting for what’s right even if that makes you unpopular. He knew he had tremendous responsibility and duty, Hana explains, and remembers her father telling her “nothing makes you a better person than anyone, except by how much good you do”.

Speaking on the current Black Lives Matter protests, Hana also believed that her father, if he were alive today, would definitely support the movement – as someone who always stood up for the rights of all those oppressed and denied basic dignity.

Noting that the oppression of Black Americans has changed only slightly since her father’s time in the 60s and 70s, Hana recalls feeling scared for her father – especially when figures such as Martin Luther King Jr. and Malcolm X were killed for speaking out on similar issues her father was speaking out on – and believes that he would support a movement that has long been in the making after centuries of abuse and systematic racism.

Hana also discusses her new book, “At Home with Muhammad Ali”, and explains that with this memoir, she simply wanted to show and not just tell the world who her father was – especially with the recordings her father left her, which offers a powerful and emotional insight into his life at home.

Explaining that while at times it was difficult to write the book, she wanted to share his heart and soul with the world – and the humanity of Muhammad Ali that she believes was so central to who he was as a person. From personal stories and insight into how he acted at home or while out with his fans, Hana’s genuine love and respect for her father is clear – and her book offers a deeply personal account of truly, one of the greatest and most inspirational role models the modern age has seen.