Faith and creativity: An interview with photographer Husam Al-Deen

“I think the idea of another world in art, photography and film was an escapism for me, because of the struggles I faced being a British born Iraqi.”

“I think the idea of another world in art, photography and film was an escapism for me, because of the struggles I faced being a British born Iraqi.”

Husam Al-Deen, an Iraqi-British photographer based in London, is currently hosting an exhibit of his photographs documenting the Muslim female silhouette, titled Unveiled. Capturing the Muslim female silhouette, Husam has brought to light a stunning and thought-provoking collection of Muslim women – who he says helped shape him into the person he is today.

Speaking to TMV, Husam explained that his passion for the creative arts and photography started at an early age, but being the son of immigrants, he had to navigate through layers of stigma around pursuing a profession in the creative arts.

Being the child of immigrants, you carry the survival mentality that they hold, and I understood that a career in the arts was very difficult to access and unstable. My first exposure to photography was at 16 when a friend asked me to go to a gallery with them which was showing a photography exhibition, and I was mesmerised. I knew then that I wanted to buy a camera.”

Many British Muslims, who can relate to coming from a background of immigrants, understand the delicate balance between protecting and inheriting a cultural identity while feeling free at the same time to express their unique British-ness. Husam expressed the need as well to balance his faith with his passion and work – something that can be difficult in a society polarized by extremes from all ends. 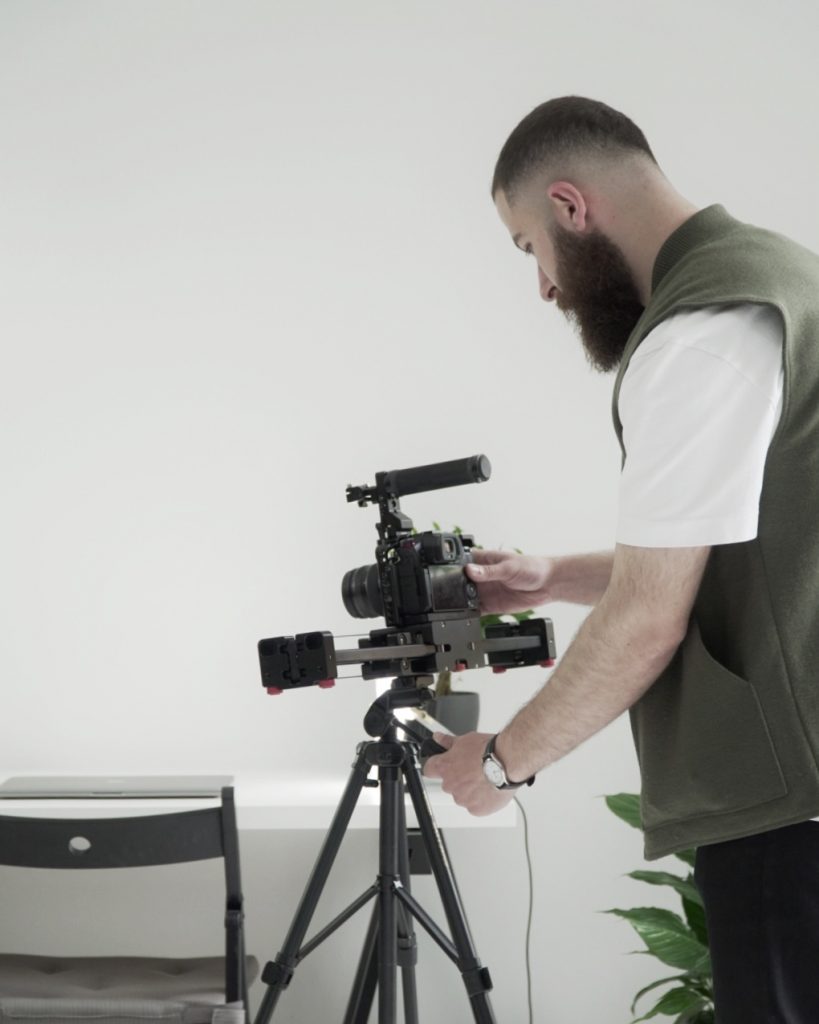 Inspired by the greats like Hiroshi Sugimoto and Fan Ho, Husam gravitates towards minimalist and surrealist techniques to capture images in his photography. His current exhibit Unveiled is also heavily influenced by these themes – something Husam explains is a product of his own identity as a British-Iraqi Muslim.

I gravitated towards minimalist and surrealist works, and although I may not have understood it at the time, I think the idea of another world in art, photography and film was an escapism for me, because of the struggles I faced being a British born Iraqi.”

Unveiled highlights the quiet strength and power of the Muslim woman, and moves past the white noise of today’s often divisive rhetoric. The quiet and subtle strength of each woman captured in these moments speak volumes, and stands as a touching tribute to the endurance and power in the art of photography.

Reflecting on his own past, Husam hopes that an exhibit like this will help build bridges and dispel the negative narrative that often follows British Muslims in the media. The simplicity of the Muslim woman in black and white, paired with the complexity of what it might entail to each and every observer, is what makes an exhibit like this so powerful. By photographing something so consumed in mass media, Husam’s photography is a refreshing take on both the Muslim experience as well as the Muslim voice – and the diversity that it comes with.

I hope this exhibit will help us to better inform our judgements and predispositions serving as a means to emancipate ourselves from the unconscious biases we often carry of ‘the other’. Our wider society is still driven by fear of those who are ‘the other’, and by using every opportunity we can to educate others about our community, we might have a chance of changing perceptions and prejudices.”

The creative arts in the Muslim community is struggling at best – but remains hopeful with people like Husam breaking barriers and stigmas around having a profession like his in photography. Reclaiming the diverse and colorful narrative of what it means to be Muslim, Husam hopes that by providing a thoughtful space for reflection around the topic of Muslim women, more people can engage with the idea of supporting and empowering a new wave of creative arts within the Muslim community.

I wanted this project to be my first gallery exhibition to pay homage to my mother and grandmother, and to stress that my success is a product of the success of veiled women in raising me and my generation of young Muslims. I wanted to represent the power and resilience I saw within these women which I feel is often overlooked or skewed by comments from the media and politicians. I hope this exhibit allows people to imagine a world other than theirs, evoking feelings of empathy, understanding, and a nostalgia for a world that they may have not experienced themselves.”

Unveiled will run from the 12th of December until the 4th of January at the P21 Gallery (21 Chalton Street, London NW1 1JD). Curated by Mishelle Brito, be sure to stop by the P21 Gallery for a thought-provoking journey through a refreshing portrayal of Muslim women.