Shocked by the accounts of torture and death in a neighboring country, many Japanese readers have called for the manga to be taught in local schools in Japan now. The manga has gone viral, with more than 2.5 million views and 86,000 retweets since it was posted on Twitter.

Shocked by the accounts of torture and death in a neighboring country, many Japanese readers have called for the manga to be taught in local schools in Japan now. The manga has gone viral, with more than 2.5 million views and 86,000 retweets since it was posted on Twitter.

A new manga, or Japanese comic book, by author Tomomi Shimizu, has highlighted the testimony of Mihrigul Tursun, a Uyghur woman who testified before the Congressional-Executive Commission on China and the National Press Club in Washington in 2018. Tursun’s testimony was groundbreaking in that she helped bring forth evidence to the world of China’s horrifying genocide against the Uyghur and Muslim minority groups in the northwestern province of Xinjiang.

The manga, titled “What has happened to me”, illustrates much of Tursun’s testimony, including accounts of her being detained and tortured. Her oldest son also died, allegedly from being held by the Chinese state, and her husband is currently detained in one of the concentration camps in Xinjiang.

Tomomi Shimizu, who heard of the testimony of Tursun and the plight of the Uyghurs last year, first wrote a manga on the topic titled “No one says the name of the country” in April of this year. In both her mangas, she depicts the horrifying accounts of Uyghur women being detained in China’s concentration camps across the province of Xinjiang.

Shocked by the accounts of torture and death in a neighboring country, many Japanese readers have called for the manga to be taught in local schools in Japan now. The manga has gone viral, with more than 2.5 million views and 86,000 retweets since it was posted on Twitter. It has also been translated from the original Japanese into English, Uyghur, and Chinese. Speaking to The Japan Times, Shimizu stated:

Despite (China) being a neighboring country, it is full of things that are unknown. I thought, ‘What can I do?’ I started drawing cartoons 20 years ago, and I thought, ‘I can do manga’…telling people about [the Uyghurs] through manga is my mission.”

Throughout the manga Shimizu also recounts the many ways in which China is suppressing Uyghur identity, culture, and religion – from the destruction of mosques and Uyghur burial grounds, to the surveillance state in Xinjiang where Uyghur citizens are followed by Han Chinese officials, to the ban on the Uyghur language and displays of culture, and the detainment of more than one million Uyghur and Muslim minority peoples in the concentration camps spread across the province of Xinijang. 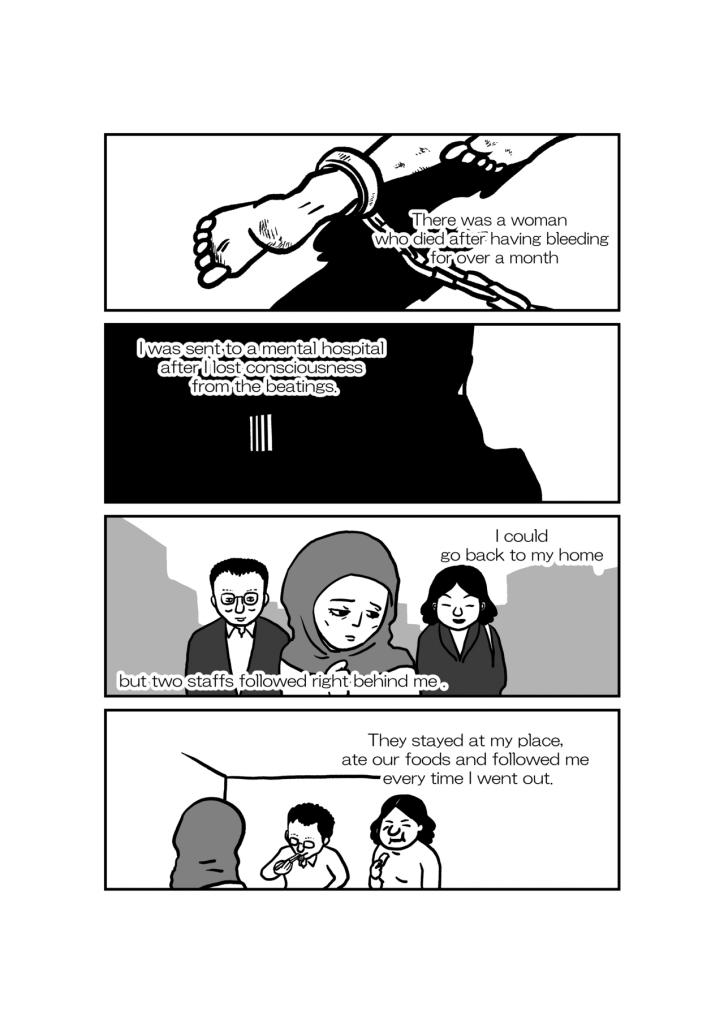 Despite her manga going viral, however, Shimizu believes that there is still sensitivity around mainstream Japanese news outlets and publishing companies when it comes to this topic – China is still a large business partner with Japan and many in Japan remain cautious when it comes to publishing a story like this. Shimizu stated:

I know it is tough for mainstream television networks, but I just want ordinary people to know about this situation and think about it. This is not about some poor people in a remote country, I want people to see this as an issue relevant to Japan. These Uyghur people were also living an ordinary life, just like us.”

Tursun, whose story was the basis behind the manga, is currently in asylum in the US, although her husband, who went searching for her in China, has reportedly been detained in one of the concentration camps in Xinjiang. Tursun continues to be harassed by Chinese agents. 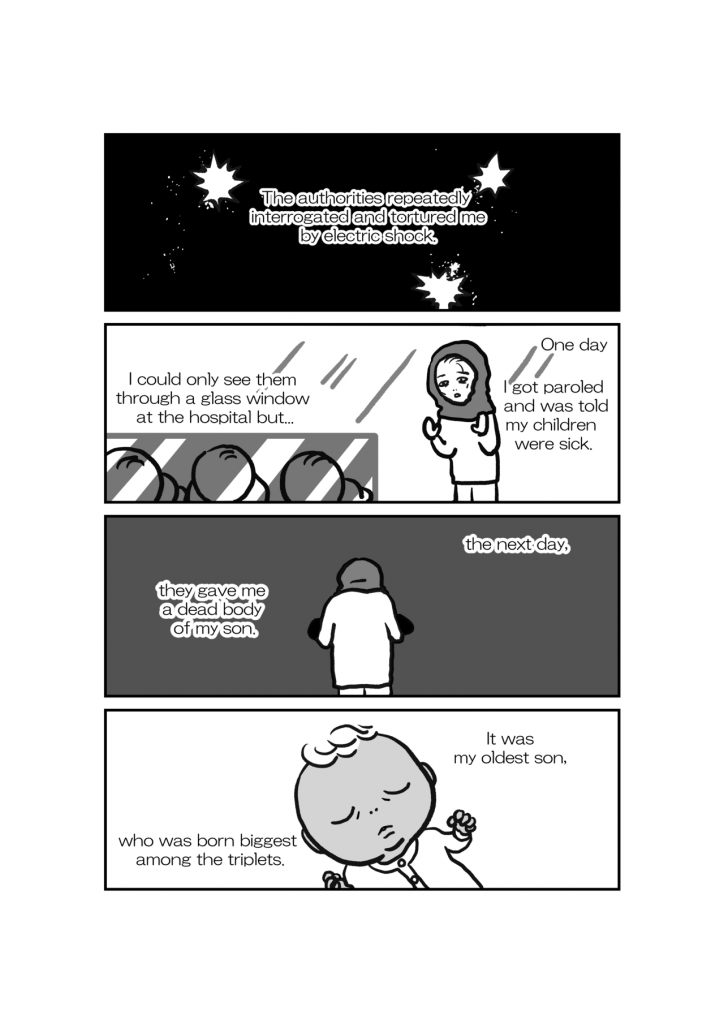 China has claimed that these concentration camps, where Tursun’s husband and more than one million other Uyghur and Muslim minorities are held, are simply “re-education camps” for those with dangerous terrorist or extremist tendencies. Testimonies, satellite images, and most recently the leaked Xinjiang Papers highlight however a different reality: China is conducting a full-scale ethnic cleansing and genocide of the Uyghur and Muslim minority ethnic groups of northwestern China.

As the world shamefully continues to remain largely silent on China’s campaign of genocide, there have however, been small rays of hope in the international community taking action against China and in support of the Uyghur Muslims. While it may only be a comic book, Shimizu’s manga will hopefully raise awareness, and inspire those capable of taking action to vocally call out China’s ongoing horrific abuse.

Breaking the Stereotype: A Practicing Muslim Surviving in China’s Megalopolis