“No one should be seeking fame, it’s destructive. You should just be trying to be a better person.”

On this week’s TMV Podcast, Chief Editor Salim Kassam speaks to Omar Shahid, co-founder of the Muslim Influencer Network, on the power of social media – both good and bad – and the responsibilities and dangers of Muslim influencers today.

On the third year anniversary of Muslim Influencer Network, Omar Shahid sat down with TMV to discuss both his agency, as well as the good and bad around social media and the growing trend of Muslim influencers. Explaining how he first became involved in the influencer scene, he described how he noticed that no one was really looking out for Muslim influencers – especially when it came to their well-being or the sometimes exploitative nature of working with big-name brands.

Influencers were by themselves, and no one was really looking after them. Influencers have hundreds of thousands of followers, but no one to advise them…so I thought why don’t we look after them holistically, and then also connect brands with influencers?”

Today, the Muslim Influencer Network helps Muslim influencers both flourish and thrive in an often daunting world of social media, and Omar hopes that brands and other non-Muslim initiatives will better understand who Muslims really are, beyond just diversity numbers and token looks.

I want brands to recognize and understand who Muslims are, rather than in just a tokenistic way.”

Omar also spoke of the dangers of social media, which can often heavily affect someone who is working towards or has become a wide-known influencer. In today’s social media world, many feel pressured to present an image that may not even be true – all influenced under the need to constantly worry about numbers and popularity.

Social media can be a dangerous place…there’s often a cycle of validation and you have to keep chasing and chasing. But, there are also immense opportunities…”

Also discussing the topic of just how much power Muslim influencers have these days, Omar touches on the need to reassess how much power we as consumers are giving them as well. When children are waking up in the middle of the night to check social media, or are dreaming of becoming an influencer instead of more traditional jobs, Omar believes we need to understand and recognize the dangers of relying too much on public influencers.

“This is the world we’re heading into,” Omar says, “where influencers are approached now more than scholars are…it’s an immense responsibility influencers have these days.” But Omar also sees hope in the future of Muslim influencers, as long as they don’t get pulled into the lure of fame or money.

“My advice is don’t become an influencer!” Omar says with a laugh. “No one should be seeking fame, it’s destructive. You should just be trying to be a better person.”

To listen to the rest of this fascinating podcast, click below! 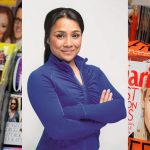 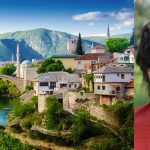 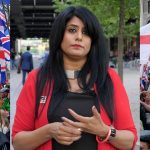