The Story Of Mansa Musa: The Man Behind The Gold

The Story Of Mansa Musa: The Man Behind The Gold

The story will be up on Amazon Kindle at the end of this month! 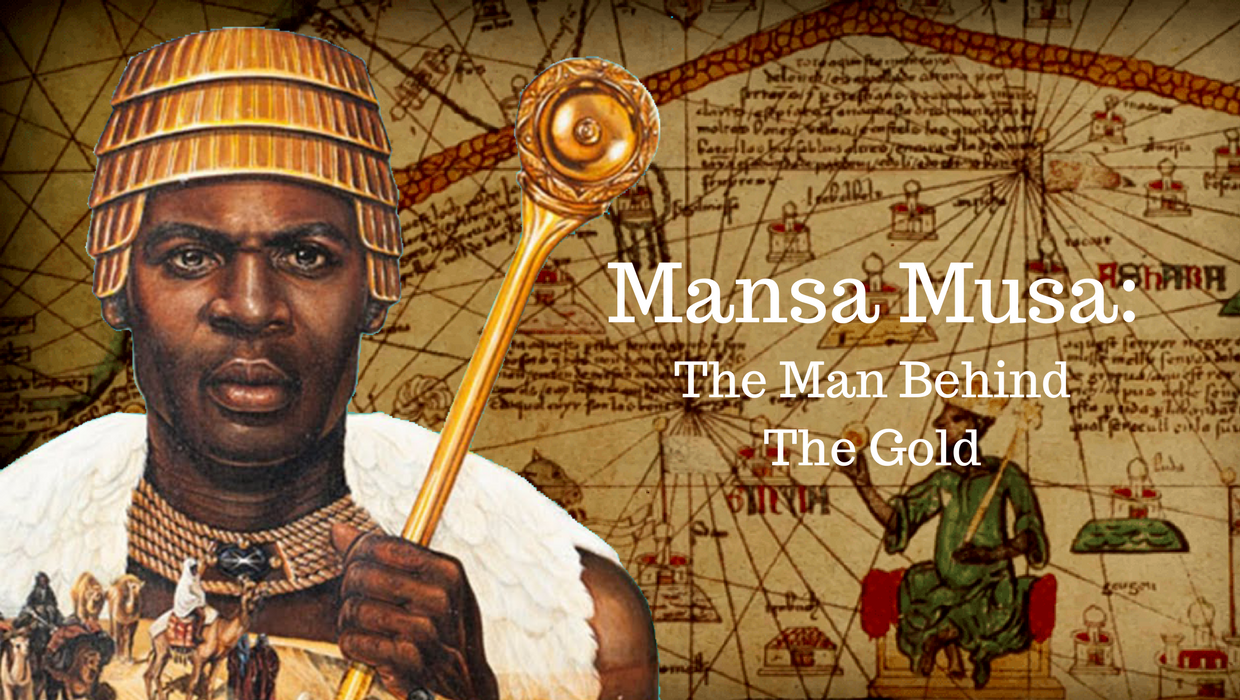 The story will be up on Amazon Kindle at the end of this month!

A quick Google search of Mansa Musa will bring up articles from sites such as the Business Insider, Forbes, and CNN Money. A lot of what we know about Mansa Musa is related to his wealth. All of the above sites mentioned claim that Mansa Musa is the richest person to have ever lived with a net worth of 400 billion dollars. Muslims are very proud to parrot that one of our own was the richest person ever and that he was generous with his wealth. The stories that we know of Musa also revolve around his wealth, the validity of these stories should be questioned in my opinion.

One of the lesser-known stories is that Musa built a masjid every Friday of his reign. This would require a lot of money, which of course he had; it would also take a largely Muslim population, something which Mali did not have. For this story to be undeniably true, some evidence would need to be presented. If he did indeed build a masjid every Friday, this would be well over two thousand masjids, none of which have survived today. The fact that not one out of a potential two thousand majids did not survive, or a record that they existed, leads me to believe this is a myth. It is also important to note, that there were not many Muslims in the Mali Empire. Just like in the times of the Prophet, and as Islam spread across the Arabian peninsula, Islam was a religion for the ruling class and those who lived under Muslim rule were not forced into Islam.

The more famous story, which has historical validity to it, is that Musa gave away so much gold while in Cairo that the price of gold plummeted. Twelve years after Musa’s famous hajj, an Egyptian official, Al-Omari wrote that Musa left, “no palm without gold,” in the royal palace. There have also been economic historians who have attested to the sharp drop in the price of gold in Egypt. There is a likely chance that Musa gave away gold in Cairo, and had to take out loans from Egyptian bankers that they were more than willing to give. Musa would have needed the loan to finance the rest of his trip which included Mecca and a few more stops.

Writing the story of Musa

When I sat down to write my book Musa: Mansa of Mali, I wanted to write a non-fiction book with a lot of footnotes, an academic masterpiece so to speak. As I began writing and researching, I realized that there was not a lot of information on Mansa Musa himself, but a lot of information on the world that Mansa Musa would have lived in. Once I began to understand the trade routes, court politics, and social standards of the Mali Empire under Mansa Musa, his life started to illuminate but still, concrete facts were few and far between. With that said, there are a few events and facts we need to keep in mind when uncovering who Mansa Musa was.

The first fact is that Mansa Musa was an imperialist. If we were to place his political ideology in the modern area, there would be many negative critiques of his policies. The fact is that Mansa Musa, maybe out of survival or greed, conquered many smaller kingdoms and villages, most famous of them all was Timbuktu, which he annexed on his way back to Mali from Mecca. Although he did not force any of his subjects to convert to Islam, many were forced to fight in his army, some were enslaved, and many were given jobs by a local governor appointed by Mansa Musa. The Mali Empire was extremely organized from top to bottom and worked as a well-oiled machine. From the grain production, gold mining, and tax collecting; Mansa Musa oversaw a very large military and administrative operation that was meant to serve the ruling classes interests. 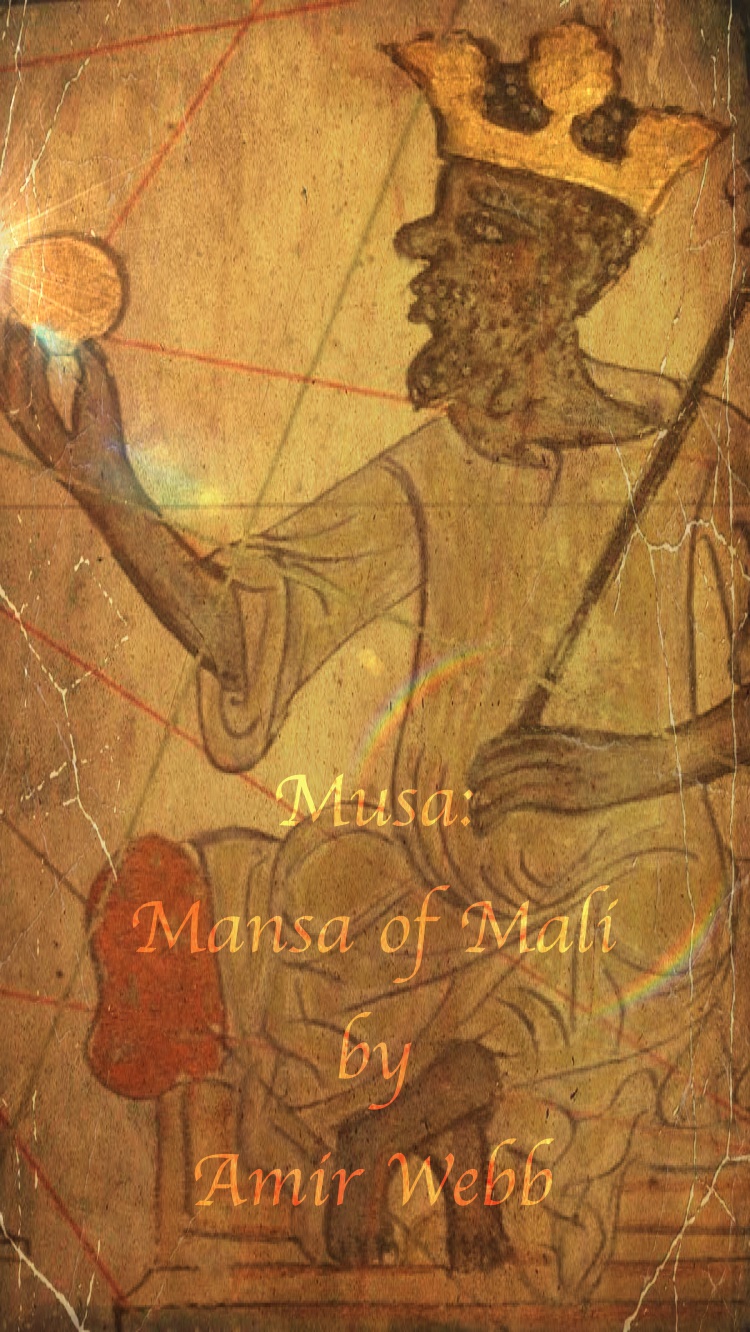 Secondly, we have a lot of information on what should have happened when Mansa Musa died. His brother, Sulayman should have succeeded him to become Mansa of Mali. As a historian, it was very interesting to learn that Musa’s son, Magha, was next in line to the throne, meaning Musa broke from tradition. This raises all sorts of historical and political questions; what happened to force Musa to break away with tradition and place his son on the throne? There is no account as to what happened, but it is known that this could not have been much of a surprise. Malian tradition was that the heir to the throne was left as “acting Mansa” while the current Mansa went on Hajj. Magha was left as deputy as Sulayman went with Musa and his large entourage to Cairo and Mecca. It is important to note that Musa had enough power to leave his empire for an extended amount of time, and this is nothing short of political mastery.  The question remains, why did Sulayman not take the throne, but the fact also remains Magha was not the traditional choice for an heir and no doubt had many enemies in the empire, including his very own uncle.

Lastly, and this may seem silly and obvious, but Mansa Musa was a person, a historical figure like many others, who had ambition, enemies, friends, wives, and children. He lived very close in physical and political proximity to both the Moroccan and Egyptian empires, who were all jostling for trade routes and bumping up against each other’s political spheres of influence. When Mansa Musa made his trip to Cairo, the Egyptian sultan, Al-Nasir, sent him multiple invitations to meet with him. Mansa Musa was reluctant but eventually said yes a few days before leaving, continuing on to Mecca. Mansa Musa was also very aware of Moroccan ambitions regarding Timbuktu, which is more than likely a reason he annexed it when he did, on the way back home from Hajj.

I have tried to fill in the gaps in this amazing story, one that has fallen through the cracks of history, in trying to create a narrative by creating a story about what we do now know such as why Musa left Sulayman out of the succession. I raise questions on how Sulayman reacted to being pushed aside, and why Musa declined Al-Nasir’s invitation. The most important question, what was the role of women in this story? For all of these questions, I have tried to give viable and interesting answers to through historical fiction.

Two aspects of this story I could not shy away from was racism and sexism: these two issues play a huge part in my book. I do not believe there was a strong sense of “black,” unity as we see today that takes shape in political and social justice, but there was a sense of anti-blackness and racism. Stereotypes about black people are not new and they did have a place in 12th-century geopolitics which I tried to incorporate into this story. Sexism, of course, plays a huge part in this book, because there is no historical evidence of woman having agency or a voice in history in general. What I tried to do was create black female characters that questioned the status quo, asserted themselves in a male-dominated society, and who do not cater to men’s egos. The women in this story, I hope, show agency and motivation, and are not simply background characters, they are very much part of the story.

Mansa Musa, the man who spoke multiple languages, who sat on a throne made from gold and ivory, the man who owned slaves, the man who conquered villages; is a complicated man. This book is my sincere attempt to unravel these complications and contradictions. How can one, in the same journey, go to Mecca and then annex Timbuktu? How can a man who gave away so much gold own slaves? These moral and political questions, I am sure, ran through Mansa Musa’s mind while he lived. Hopefully, Musa: Mansa of Mali sheds some answers on some of these questions.

Musa: Mansa of Mali will be available on Amazon Kindle on January 31st, 2018. 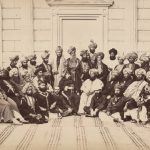 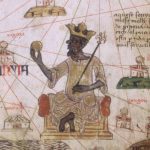