What Superhero Movies Mean To Us: Logan Review

Where do all these superheroes fit in our world?

Where do all these superheroes fit in our world?

On a basic level, superheroes are really just the result of American culture trying to put forward perfect ideas of what people should strive towards. They are often draped in outfits consisting of red, white and blue, their job is to sacrifice from their time and their lives to defend the innocent and weak, who are preyed upon by evil super-villains. That’s probably why there are a large group of people who can’t stand superhero movies.

But then there is a deeper side to superheroes, at least my favourite ones. They are, in many ways, just like us – flawed, battling through life’s problems and trying to give themselves a sense of self-worth. Recently, with the massive influx of the money-making machines that are comic book based properties, Marvel in particular has done a pretty good job of trying to use their movies to tackle what they feel are important themes that are usually lost beneath the face value of the characters. For example, Iron Man finds it increasingly hard to deal with the immensity of his experiences, Captain America feels that the political America of today is far different to what he fought for in the Second World War, the Avengers differ on the ideology of freedom to protect and Bruce Banner decides that the world is simply better when his alter-ego, the Hulk, is not around, etc. 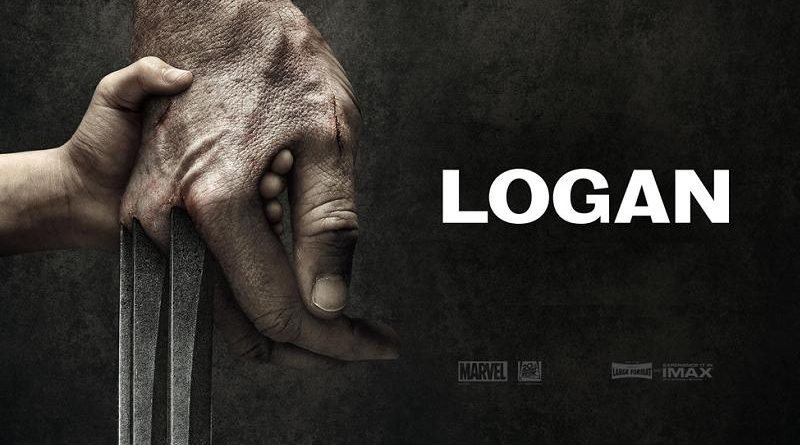 The X-Men series, by its definition, has always been a prudent contemporary commentary on modern day xenophobia. In the X-Men world, mutants are feared as “the other”: scapegoated, hated and taken advantage of by wider society, reflective of the various minority groups that have faced this and much worse over the decades. It has even reflected this by ensuring the team is always diverse – in terms of everything from ethnicity, background, religion and sexual orientation. A notable X-woman character for example, is Dust – who is an Afghani, Muslim and veiled superhero.

Two decades into the comic book movie phenomenon, Logan realises that it’s time to be a bit more unconventional. It’s a movie that in a refreshing manner, doesn’t set out to sell toys, set up the next adventure or overly please the studio executives. Rather it wants to give Wolverine the swan song he deserves, via an extremely violent half-road trip movie, half-Western.

It is truly a difficult experience to see our courageous and once powerful heroes at the end of their days, old, frail and weak.

Wolverine has always been my favourite comic book character, fantastically played by Hugh Jackman ever since he showed up in 2000’s X-Men. He is taunted by immortality, bears the wounds of far too many emotional scars and yet always seems to come back to his inner goodness, taken away from him at a young age. Logan pulls no punches in telling us that this is his last ride, and opts to tell a story of a once indestructible man at the seeming end of his life, caught up by old age, with the immortal tales of the Wolverine and the legend that he was, far behind him. In many ways it is quite similar to Darren Aronofsky’s The Wrestler (2008), showing us what happens to a celebrated figure when he is no longer relevant – both to wider society and to himself.

Whilst it is Wolverine’s swan song, don’t expect the film to have any surprising reveals or shed light on anything new about the character. It begins assuming we know very well who this character is. The film is set in the near future where mutants have all but disappeared, and Wolverine is taking care of a deteriorating Professor X, who is suffering from Alzheimer’s. It is truly a difficult experience to see our courageous and once powerful heroes at the end of their days, old, frail and weak. But that’s the point that the film is trying to make – none of us are immortal, and all that matters at the end of our days is what we did with the life we were given.

For whatever reason, we also find that many new films in Hollywood are surprisingly current in their political commentary, be it intentional or not (Logan, for example, began filming in May 2016 and ended in August that same year, before the Presidential elections), yet Logan seems to be surprisingly contemporary, with shots of immigrants being refused entry into the USA whilst drivers by chant a Trump-esque “USA!” rather obnoxiously, and the film’s premise itself involving a road trip to the Canadian border, where it is reinforced that getting to Canada equals getting to safety.

The film doesn’t shy away from the real world reality of superheroes either – people suffer, through death and immense loss, there is collateral damage, and the world around our characters burns – as if to say that there is no honour in being the superhero. But what the film is actually trying to say, is a bit more difficult to comprehend.

And therefore it’s not a perfect movie by any means – but it’s certainly up there. I had hoped for more depth in the story and a more intimate look at Wolverine’s character, but what I received was a straight forward, no-nonsense goodbye story to the adamantium clawed soft-hearted beast.

I never liked Superman, he was too perfect. Wolverine however, is imperfect like so many of us, and Logan decides to remind us that nobody lasts forever.

Verdict ★★★★★
A beautiful, albeit imperfect, tale of old age and goodbyes to one of our favourite comic book characters.

The Rise of Islamic Entertainment: An Exclusive Interview with Abrar Hussain