Anti-Semitism vs. Islamophobia: How language creates hierarchies of discrimination and whitewashes bigotry

From the ivory towers of academic knowledge production to the lowlands of cracker-barrel Stammtisch-culture, tactical language is omnipresent in everyday political discourse, employing certain symbols and ciphers designed to obscure bitter realities under the smoke-screen of sweet euphemization. The controlled natural language of Newspeak from George Orwell’s spot-on dystopia 1984 for instance is an – albeit extreme – example of how language manipulation is a key modus operandi for the powers that be in stifling critical thought and thus consolidating their grip on potentially subversive populaces.

With regards to discourses of racism and bigotry, it is quite extraordinary that while all people of conscience would agree to any kind of denigration of and discrimination against an individual or group perceived and constructed to be an inferior “other” as being morally wrong (be it racism against immigrants, people of color, women, Muslims, Jews, LGBTQ, etc.), our language – in this case English – does not reflect this fundamental egality of humans and the universality of their rights, as it employs different hierarchical terms to describe one and the same phenomenon.

One such example of strategic linguistic flexibility, taken straight from our fiction-turned-fact and prophesy-fulfilled Orwellian times: someone who hates Jews is known as an “anti-Semite”, but someone who hates Muslims is merely an “Islamophobe”, a person afraid of Islam?

With a suffix borrowed from medical jargon and pinned to the name of a religious denomination, the latter term seems lackadaisically artificial and somehow comes off as rather less harmful than any compound word with the threatening prefix anti preceding its root (as a kid I always thought antipasti was Italian for “someone who hates pasta”, regardless of the fact that the language of a country in which the staple food is pasta would most probably not have a word for hating it in its vocabulary).

So my question is: why is an anti-Semite not called a “Semitophobe?” And an Islamophobe not an “anti-Muslim?” And what is that even supposed to mean, “afraid of Islam?” As if the organized heterogeneous beliefs of 1.8 billion people were a Freddy Krueger-like serial killer coming to murder you in your sleep.

From a linguistic standpoint, the semantic insinuation made here by these different linguistic ways of describing different kinds of anti-religious bigotry is that there are normative hierarchies of racism, arbitrarily determined by white people of the European ancestral persuasion, the inventors of the concept of race, the sole shaky foundation upon which they have  -  with mind-boggling success  -  built their whole enterprise of divinely-ordained racism and profit-based subjugation of darker-skinned peoples better known as Colonialism.

As a result, this would suggest that within Western discourse it is regarded more serious to hate Jews than to hate Muslims. What at first glance might seem like a linguistic mishap is in fact a bellwether of the dominant discursive mood in society and therefore fiercely political, ultimately pitting two faiths that share the same core tenets against each other by attributing hierarchical value to them through different qualitative terms for one and the same thing: namely racism against a minority group.

This method of value-added double-standardizing also has implications for the question of culpability: by calling one bigot an anti-Semite and the other merely an Islamophobe, the latter is over-proportionately humanized, his hate of Islam thereby rendered psychologically diagnosable, treatable and therefore exculpable, whereas the anti-Semite is regarded as the human version of a failed rogue state, a lost cause, afforded not with the patience of inspection, but with the haughtiest of indignations, worthy only of the reflex of socially consensual pre-judgement and enmity.

Where the anti-Semite is by definition dangerous, a term like Islamophobe makes the Muslim-hater seem rather timid, implying that he is not a source of danger, but a victim, merely reacting to an exogenous bogeyman, and understandably with the most human of emotions which all of us have experienced at some point in our lives: fear.

This brand of hierarchical discrimination, selective downplaying and semantic antics also characterizes discourses of gender, sexuality and race: the man who hates women is not a women-hater, but is allowed to dwell in the luxury of a lofty term such as “misogynist”; the gay-hater is sanitized as a “homophobe”, and the racist whitewashed as a “xenophobe”, both monikers implying that there is some characteristic within homosexuals and foreigners that triggers legitimate fear in mainstream society, thus making the two somehow complicit in the crime of other people despising them.

The proactive faculties of the passive “xenophobe”

The term “xenophobia” is a case in point of yet another euphemism deployed in discourses on race and immigration, obscuring the severity of the scourge it is meant to describe. Broken down to its key components, the adjoining of the lexeme “xeno” with the suffix “phobia” translates roughly into “fear of the strange, the foreign, the alien”, which in my view is a pretty oxymoronic statement.

Yes, if something is unknown or alien to you, your involuntary response might be fear. That is a “natural” reaction (even though “natural” fears are socially conditioned as well). But it is when the naturalized psychological reflex of fear is causally entwined with the real-life active quality of hate as documented by ICE raids and send-her-back-chants and oh so many other Naziesque actions that one falls off the rickety suspension bridge of objectivity and logic and into the raging waters of politicized language.

For how is it even possible to equate fear with hate? Shouldn’t fear immobilize, induce passiveness? When you’re scared, shouldn’t your first reaction be to run away, to hide, to move away from the object of your fear?

Just like the Islamophobes, xenophobes don’t move away from the people they fear, but do the exact opposite by moving towards them: demonstrating in front of mosques-to-be-built, burning down houses of worship or community centers, verbally abusing members of ethnic or religious minorities, even attacking them physically and in many cases murdering them in countless hate crimes and exponentially rising white terrorist attacks.

And when all that violence doesn’t work, the oh so frightened xenophobe pulls up his sleeves and starts building walls, first around his own property, then lobbying politicians to do the same around national borders.

So for someone so allegedly chicken, the “xenophobe” exhibits an astounding degree of courage, zeal and pro-activeness of work-ethic, thus implying that either the level of fear cannot be that high when one is willing to put in so much dedication and effort in actively causing harm to other people, or that people suffering from the pseudo-medical condition of the “fear of the foreign/alien” are the most resilient, stoic, disciplined and daring SOBs to walk this earth.

To me it seems that the xenophobe’s alleged fear of the foreign is just a comfortable excuse to loathe it, outsourcing responsibility to the psychology of human “nature”, thus framing oneself innocent and allowing one to knowingly, willingly and responsibly hate with impunity.

The sociologist Alana Lentin wrote in her Beginners Guide to Racism that she “opposes the idea that racism, both today and in the past, is the result of a natural inclination of human beings to fear or hate others they consider different to them”, going on to characterize racism as “inherently political”, making racism not an involuntary reaction, but a deliberate, premeditated action, something that is simultaneously mindset and organizational tool, language being one of the many ways to put that tool to work.

Analyzing this, but not that

One of the most striking features in the theatrics of downplaying racism is the rhetorical tool of routinely euphemizing white mass-murders as “lone wolves” while dysphemizing Arab/Muslim mass-murderers as terrorists.

This has the net result of the former’s heinous crimes being partially (and in the case of white police officers in the US killing black people) fully reprieved on compassionate grounds (the white lone wolf as a troubled individual, or the unprovoked killing of an unarmed black person by a white police officer justified by the latter’s fear that person might have been armed), while the exact same crimes committed by Arabs/Muslims are spin-doctored to seem so outrageously inhuman that “crime” is no longer sufficient a word to describe something so disproportionately insulting as an inferior brown person having the audacity to kill a superior white one.

Non-whites are designated as inherently evil, therefore not deserving of the white privilege of alleged psychological problems and deep inquiry.

Academics, journalists, political commentators, etc., referred to by Noam Chomsky as the social class of the “intelligentsia”, spend countless hours bending over backwards in order to find the smallest, most elusive sliver of reason within the stone-cold hate of the hate-crime committing white “lone wolf”, as if engaged in a philosophical scavenger hunt with the theme “why racists are not bad people.”

This luxury-brand of blanket protective custody is NEVER afforded to non-Western/non-white miscreants whose misdeeds don’t need to be examined psychologically, simply because they are perceived as genetic to the otherized ethnicity/culture/faith in question: Whether it was Soviet Russia or George W.’s “Axis of Evil”, whether it is the “Muslim” terrorist, the African-American “gang-banger” the “money-grabbing Jew”, Trump’s “Mexican rapist”: their “evil” is not only ethnically and culturally proscribed by white supremacist discourse, but also explained that way.

Furthermore, white European hegemony reserves for itself the exclusive right to define who is “evil” and who is not, resulting in such hair-raising satires like the US, to this day the only nation to ever have dropped atomic bombs on a foreign civilian population, having the audacity to forbid other nations from acquiring nuclear weapons.

Shaming, instead of sugar-coating

So how to dismantle this normative hierarchy of discrimination in Western discourses of racism? For starters, we should stop using a rather abstract term like “Islamophobia” and replace it with the concrete and relatable “anti-Muslim” in order to drive home the severity of “Islamophobe” bigotry affecting a rapidly growing demographic within Western societies.

And in a broader context: Instead of going on fault-finding missions into the deep nether-regions and undercurrents of the oh so innocent white hegemonic subconscious, it would be more conducive to discourse and civilizational development to stay above ground and start calling racism – including the ones against Jews and Muslims, a truly heinous ideology. Not a pseudo-medical condition, implied by a term like xenophobia, which can be socio-economically and psychologically explained away, but a disgraceful and despicable mentality one should blow the whistle on in order to blow its cover.

This paradigm shift from sugar-coating to self-realization and maybe even outright shaming would render the culture of divorcing will from deed annulled and bring responsibility for racist malfeasances back to the doorstep of the miscreant, instead of shoveling it off to every other blameable entity under the sun like is the tradition of Western discourses on race and religion.

There is a saying in German among left-leaning liberals and anti-fascists in my country: “Rassisten sind Arschlöcher. Überall.” Meaning: Racists are assholes, everywhere. Not xenophobes. Not anti-Semites. Not Islamophobes. Just your run-of-the-mill racist assholes.

Timo Al-Farooq
Timo is a freelance journalist from Berlin, Germany with a B.A. in Asian & African Studies from Humboldt University Berlin. Of Bengali parentage, he also grew up in the US and is fluent in English, German, Bengali, and Bahasa Indonesia. He has written for RT, Mondoweiss, The Palestine Chronicle and Germany’s Islamische Zeitung among others. Find him at @talrooq on Instagram, Telegram and Twitter. 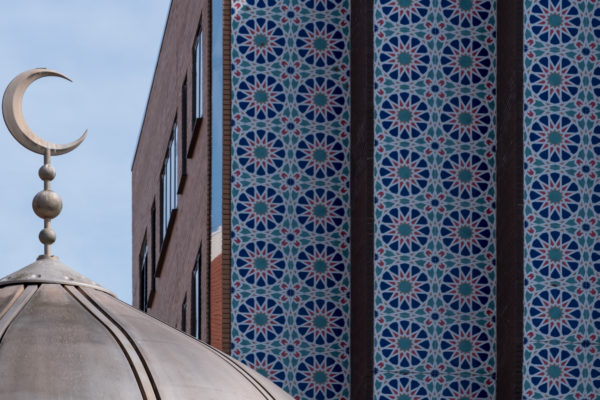