The Muslim community of Aberdeen handed out free freshly-cooked Asian meals on 25th May to help the city’s homeless and anyone suffering hardship during the tough economic times caused by the oil downturn in the city.

The initiative named “Foodbox” is planned to take place on the last Wednesday of every month in St Nicholas Square in Aberdeen City Centre.

“nobody should be hungry”

He added: “Foodbox is more than just providing for the homeless, it is about providing food for anyone that does not have dinner on their table.

“We welcome people from all faiths and backgrounds to come and see us. Food brings people together; we want to give our fellow Aberdonians that are facing hardship not just a filling meal, but a tasty one.” 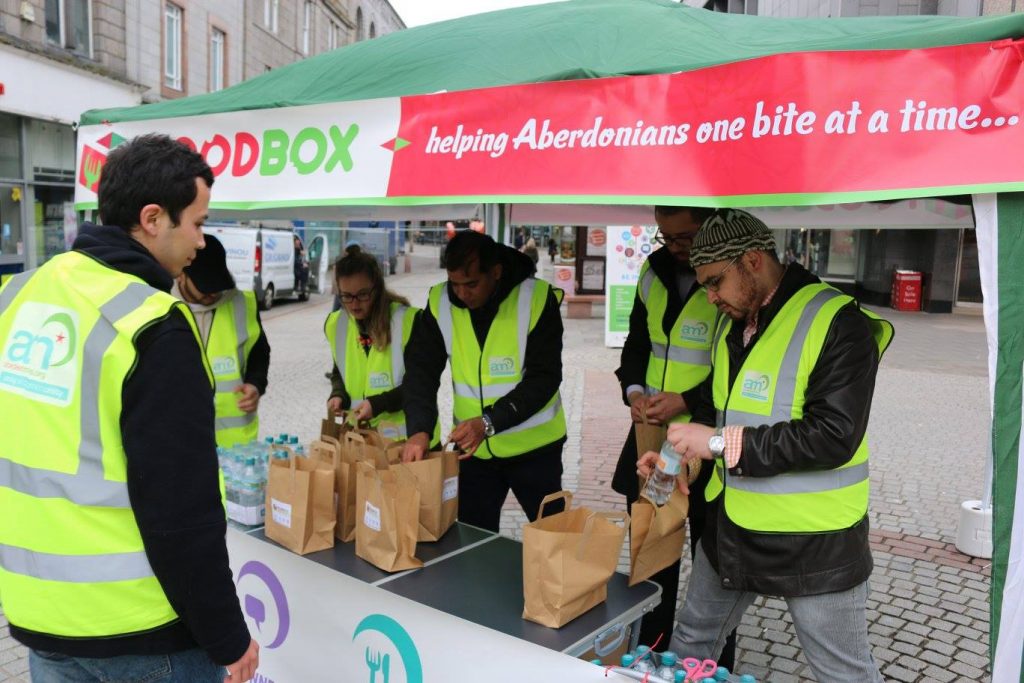 It is hoped the initiative will ease the pressure on Aberdeen’s food-banks, which are facing unprecedented demand in the wake of the oil downturn.

Aberdeen Muslims is an organization set up by local Muslims in Aberdeen that aims to promote unity in the Muslim community, build relationships with the wider Scottish community and attract Muslim volunteers to help in different local charity initiatives.

Sumon Hoque, who led the Winter Appeal, said: “We as the Muslim community saw the fantastic response from the people of Aberdeen through the Winter Appeal, so we wanted to continue the positive momentum and create a project that helped the less fortunate on a more long term and sustainable basis.

“We have seen first-hand the devastating impact the current economic climate has had on North East Scotland, we are aware that foodbanks are regularly running out of food, we are aware that there have been thousands of people losing their jobs, we are aware that people are going hungry for days; this is our small way of contributing to what is a huge crisis.” 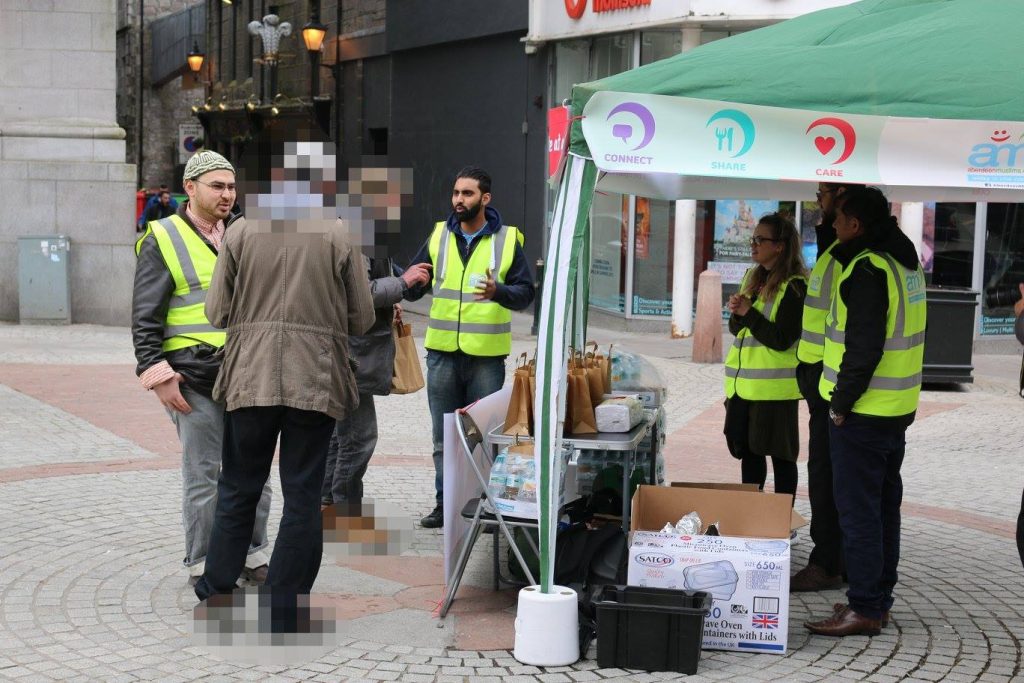 In addition to the huge positive response on social media, Aberdeen Muslims have built relationships with local churches, foodbanks and homeless shelters to ensure that those who need the support know that help is at hand.

Scott Baxter, Deputy Chief Executive of Aberdeen Cyrenians, said, “We have built a fantastic relationship with Aberdeen Muslims through past projects and we are ecstatic that the relationship will become even stronger through Foodbox.  We have already let our service users know where they can get their supper on a Wednesday night and I’m sure everyone sees them as a welcome addition to help combat the rise in poverty in the North East of Scotland.” 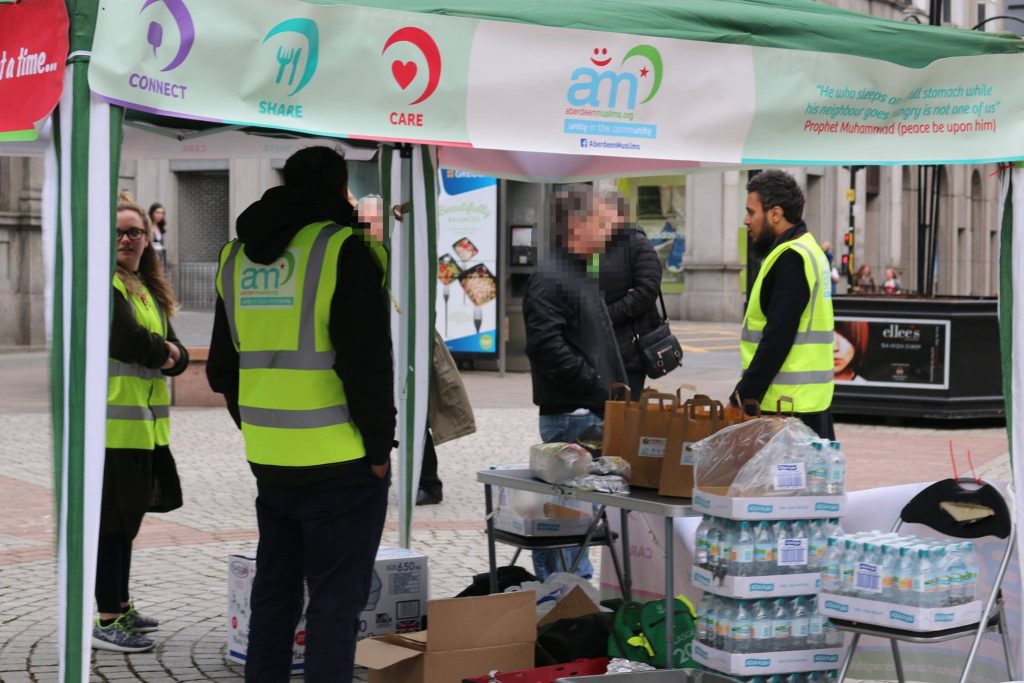 he initiative received press coverage on BBC, Evening Express and Original FM this week. It is planned to become a regular fixture every Wednesday, complimenting established food distribution and outreach services in the city.

If you would like to volunteer or donate to Foodbox you can contact Aberdeen Muslims by emailing [email protected].  For further information please visit www.aberdeenmuslims.org.

You can keep up with the Aberdeen Muslims via their Facebook page.