Our friends at Islamic Relief have moved into the next phase of their Pakistan flood relief aid and have started rebuilding houses for the millions displaced. Learn more about their work and how you can get involved.

Our friends at Islamic Relief have moved into the next phase of their Pakistan flood relief aid and have started rebuilding houses for the millions displaced. Learn more about their work and how you can get involved.

Described as a “climate catastrophe” by the UN Secretary General, the floods have left over a staggering 33 million people affected, including 8 million people displaced.

With homes and livelihoods lost, the looming harsh winter poses a great threat to so many who have already lost everything in the floods.

Balochistan and Sindh provinces were the hardest hit by the floods, where demolished public infrastructure and stagnant water continues to pose a great threat to the population. 220,000 homes were destroyed, and more than a staggering 2 million homes were left damaged.

Right now, fears are growing for a vast population who remain without homes or adequate shelter – a harsh winter is looming and without protection, many will succumb to the danger of extremely cold temperatures, and a lack of vital provisions.

Islamic Relief is committed to helping those in need recover and rebuild after disaster strikes. With your vital support, Islamic Relief will begin building homes in some of the worst flood-affected districts of Dadu and Sohbatpur.

We’re working with local communities to identify and serve those who are most vulnerable, including:

The homes will include a living space, a kitchen (equipped with a stove), and a bathroom. They will be built with inclusion measures in mind to support the elderly and persons with disabilities, such as widened doors, a ramp, and a commode chair in the bathroom.

Our teams have been working tirelessly since the initial floods, and are on the ground right now, working with local communities to establish how best to support affected families, who urgently need food, shelter, bedding, and hygiene items.

Islamic Relief now asks for your help once more to support the people of Pakistan to move into habitable accommodations. For £2,000 you can fund a complete house for a family, each house will include a living space, a kitchen (equipped with a stove), and a bathroom or for £250 you can contribute one share of our house.

In reality, anything sum you are able to donate will help the people of Pakistan to rebuild their lives.

To learn more about Islamic Relief’s work in Pakistan and to donate, visit their website. 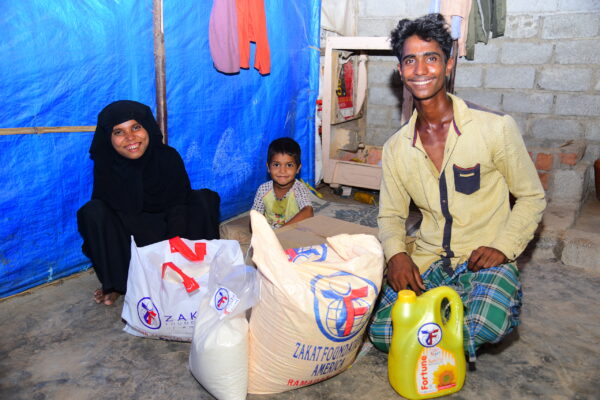 Why Is Zakat Important In Islam?