Zakariyya attended primary specifically catering for his needs who supported him with much of his language development. However at his first secondary school, like with many other deaf and hard of hearing children, had very low self-esteem and confidence. Zakariyya was often a sadly a victim of bullying and it was unfortunate that his peers would tease him, run away with his hearing aid or simply wind him up knowing that he could not verbally respond and react.

Zakariyya also had additional learning needs, which his first secondary school could not fully cater for. Though he had a chance to integrate in mainstream school with his hearing peers, his parents made a conscious decision to send him to a specialist deaf boarding college to meet his tailored learning needs.

However, although now he was settled, interacting with fellow deaf peers and his learning needs were now being catered for at the boarding school, Zakariyya unfortunately severely lacked many of his core social skills. Like many others, he would be taken and brought home in a special school bus arranged specifically for students with special needs.

This is the case for many deaf children and adults, as they have grown up only experiencing limited interactions beyond their own communities. Thus many tend to grow up feeling isolated, neglected, and frustrated with limitations on many aspects of their everyday lives and in fact eventually suffer from depression, anxiety and other similar conditions.

Alhamdulillah it was fortunate that Zakariyya, through his local council disability service was paired with a family link supporter named Aminul Hoque who was trained in BSL (British Sign Language). Aminul was responsible for delivering stimulating play and social activities such as football and bowling, as well as introducing new ‘first time’ life experiences to Zakariyya, like travelling by train, going shopping and eating in public restaurants. His parents were so happy with the impact this had on their son:

“We are grateful for such encounters, which have enormously contributed to the progressive development of Zakariyya’s routines, behavior and positive interactions at home and school.”

However many children across London and the UK don’t have access to such services due to Government funding cuts. Four in ten parents (38%) said their disabled children ‘rarely’ or ‘never’ have the opportunity to socialise with non-disabled children. (Source: Scope & Mumsnet)

Aminul continued to mentor Zakariyya and maintain relations with his family, as Zakariyyah and his sister Suraiyah were chosen to feature in a ‘deaf-friendly’ special campaign video by Amin & Yasmin.

Amin and Yasmin themselves are also brother and sister, whom many years ago both embarked on the pursuit of learning British Sign Language (BSL). During their journey and interactions with members of the deaf community and their families, they realized the growing concern and limited access globally for deaf friendly Islamic educational resources.

They have launched an incredible campaign to raise funds for the World’s first Islamic Sign Language Book series in BSL along with a digital app and other educational resources. 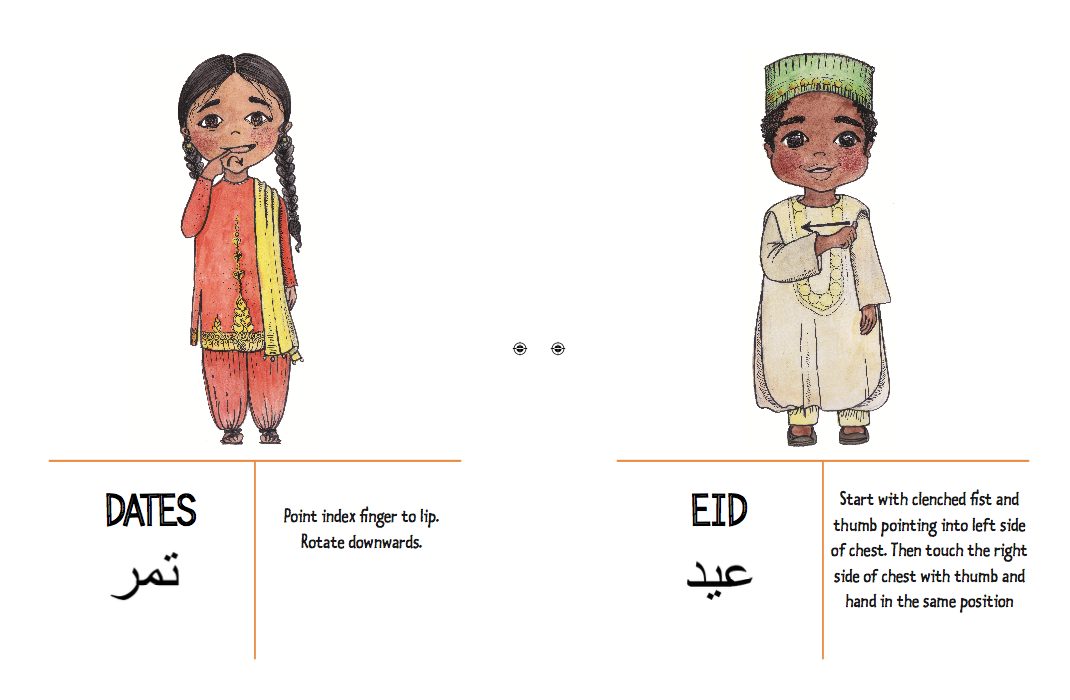 They want to empower Deaf Muslims and improve family bonds through fun, interactive ‘deaf-friendly’ resources and bridge the communication and social skills gap between communities.

YOU are invited to support this awesome campaign by following this link;