10 practical ways to make the most of Laylatul Qadr

10 practical ways to make the most of Laylatul Qadr 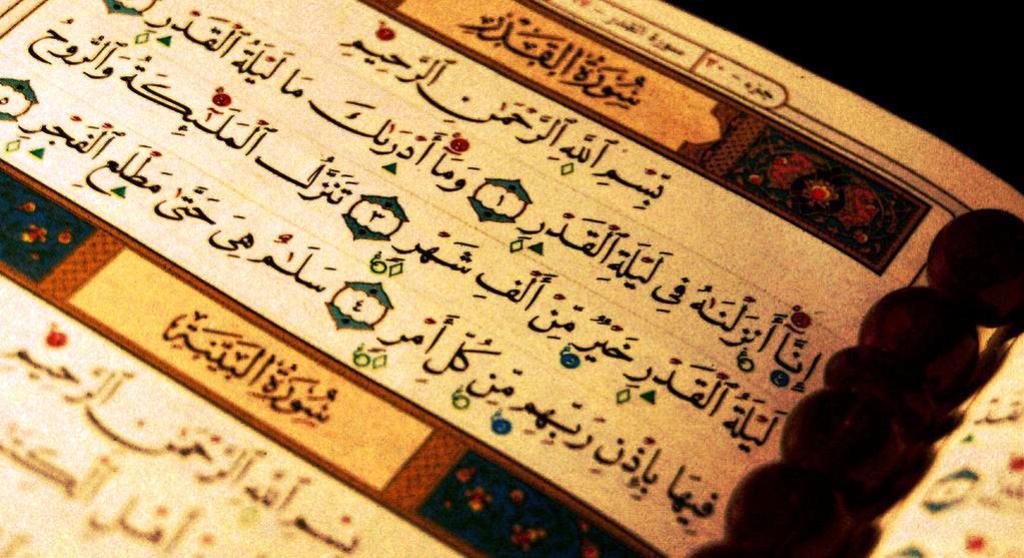 “Surely We revealed it on the Grand Night. And what will make you comprehend what the Grand Night is? The Grand Night is better than a thousand months. The angels and the Spirit descend in it by the permission of their Lord for every affair, Peace! it is till the break of the morning.” – The Holy Qur’an 97:5

“Allah has favoured Friday over all other days, the month of Ramadan over all other months, and the Night of Destiny (Laylatul Qadr) over all other nights.” – Prophet Muhammad (saw), Muftahul Jannat, vol.3, p.265, Vol. 3

The narrations are unanimous in declaring Laylatul Qadr as the most important night in the Islamic Calendar, and the Qur’an curtails any shadows of doubt cast over this claim when it describes the night as “better than a thousand months”. Abdullah Yusuf Ali’s exegesis of this verse of the Qur’an suggests a thousand months to refer to “timeless time”, as just a single moment of enlightenment can “convert the night of darkness into a period of spiritual glory.”

2. Prepare for the night

To use a crude analogy, if we were invited to a yearly banquet where a billionaire handed out hundreds of pounds in cash every minute for a few hours only, we would give our undivided attention for the entirety of the event. Laylatul Qadr is very much grander than this!

There are certain events in the year that we make an active effort to prepare for – be it securing leave for a holiday, buying tickets in advance for a show, or standing in queue for hours for a sports event. It is therefore appropriate to make even greater preparations for a night which God describes as “better than a thousand months”. These include physical preparations such as resting well before the night, dressing comfortably, and not overeating for iftar, and spiritual preparations such as making lists of our supplications beforehand.

3. Remember the prayer of Moses (as)

The night has set in, and you only have a few hours to extract the benefits. In terms of recommended actions, it is prudent to remember the conversation between the Prophet Moses (as) and God:

Moses: “Oh My God, I seek proximity to You”

God: “Proximity to Me is for him who stays awake on Laylatul Qadr”

God: “My Mercy is for him who shows mercy to the poor on Laylatul Qadr”

Moses: “Oh My God, I am in need of the passport to cross the bridge”

God: “That is for him who give alms on Laylatul Qadr”

Moses: “Oh My God, I am in need of the trees in Paradise and their fruits

God: “That is for him who seeks forgiveness on Laylatul Qadr”

Moses: “Oh My God, I seek deliverance from fire”

God: “That is for him who remembers Allah on Laylatul Qadr”

Moses: “Oh My God, I seek Your good pleasure”

God: “That is for him who says a two rakat prayer on Laylatul Qadr”

It can be easy for us to get carried away in rituals during the night, forgetting to take a moment to pause and reflect. Some have advised splitting the night of Qadr into three portions: the first for gaining knowledge, the second for meditation, and the third for Salatul Layl and Fajr. Narrations from the Prophet (saw) suggest that an hour of contemplation is better than a night’s worship, and in other narrations, better than a year (or even 70 years!) of worship. During the night, take yourself away from the congregation into a corner and converse with your Lord in your own personal manner.

“And when My servants ask you concerning Me, then surely I am very near; I answer the prayer of the suppliant when he calls on Me, so they should answer My call and believe in Me that they may walk in the right way.” – Holy Qur’an 2:186

The above verse is remarkable in several aspects. Whereas God often uses the plural pronoun to describe Himself in the Holy Qur’an (“We”), in this verse He uses the singular, identifying the personal relationship He wishes us to have with Him. In addition, He uses this pronoun seven times in the single verse, more than in anywhere else in the Qur’an, demonstrating the tight bond He has with us. The Night of Qadr is therefore the perfect opportunity to ask God for our legitimate desires.

“During Laylatul Qadr, the angels, the spirit, and the trusted scribes all descend to the lower heavens and write down whatever Allah decrees that year, and if Allah wishes to advance something or postpone it or add thereto, He orders the angel to erase it and replace it with whatever He decrees.” – Imam Sadiq (as), Bihar al Anwar Vol.94, p.12

As the above narration suggests, the Night of Qadr is that in which our destiny for the coming year is determined. It is important to bear in mind that although we have specific desires, God’s wisdom supersedes this, and it is therefore sensible to be pleased with God’s decree on this night. As the Holy Qur’an says in this regard:

“Whoever spends Laylatul Qadr adoring his Lord will have all his sins forgiven even if they had numbered as many as the stars in the heavens, the weight of the mountains, or the measures of the seas.” – Prophet Muhammad (saw), Kitab al Husna

As well as asking for your desires, Laylatul Qadr is the perfect opportunity to cleanse your soul from the sins which have tarnished it during the year. It can be easy to drown ourselves in a sea of despair and despondence when we attempt to enumerate our shortcomings and transgressions, but it is important to bear in mind that our sins can never equate the mercy of God. As He says in the Qur’an:

“Say: O My servants who have acted extravagantly against their own souls, do not despair of the mercy of Allah; surely Allah forgives the faults altogether; surely He is the Forgiving the Merciful.” – Holy Qur’an 39:53

8. Detach yourself from three groups

A descriptive tradition from the Prophet Muhammad (saw) states that when Laylatul Qadr approaches, God orders the Angel Gabriel to descend with a crowd of angels to the earth with a green banner. Gabriel places the banner on top of the Kaa’ba with 600 wings, one of which is not spread except on Laylatul Qadr. He, and all the other angels, then proceed to greet everyone who stands for prayers, sitting, adoring, or reciting the Holy Qur’an. They shake hands with them and ask God to accept their pleas, and continue to do so till Fajr. When Gabriel is asked “What has the Almighty Allah done with the wishes of the believers among the nation of Muhammad (saw)?” he answers: “The Almighty Allah has looked upon them on this night and forgiven them, all of them, except the following: One who is addicted to drinking, one who severs his ties with his kin, and one who is a trouble-maker.”

The fact that these three groups are supposedly exempt even from forgiveness on Laylatul Qadr warns us to disassociate ourselves from them, and if it happens that this year we belong to any of the three categories, we make an active resolution to leave them on this night.

9. Make use of every minute

As the above narration suggests, it is a blessing that nobody knows for sure which night Laylatul Qadr falls on, and it allows us to use every potential night to immerse ourselves in the worship of God. It is therefore also of utmost importance to use every minute of the night productively.

10. More than just a single night

“You have asked me about the Night of Destiny. I have not concealed the knowledge of it from you out of my ignorance thereof. Be informed, O people, that whoever during the month of Ramadan is healthy, and he fasts during its days and performs prayers during a portion of its nights and is punctual regarding the obligatory prayers, and makes an effort to attend congregational prayers on Fridays during it and attends the Eid prayers as well, he will then have honored the Night of Destiny duly, and he will receive his reward from the Creator.” – Prophet Muhammad (saw)

As this narration reveals, maximizing the benefits of Laylatul Qadr involves taking heed to the entire month of Ramadan. What I took away from this tradition (albeit in my non-scholarly interpretation!) was perhaps that, despite your efforts, if you can’t manage to feel “spiritual” this Laylatul Qadr, your Grand Night may already have been honoured through your actions in the rest of the month, and it is not a reason to feel dismayed or disappointed.

On these nights of Qadr, please don’t forget to remember all our brothers and sisters who are being oppressed around the world, those fighting against ISIS and all the believing men and women…

Here is a short video to get you motivated!