It’s a phenomenon that sometimes we choose to forget, be it out of fear, or out of love of this world.

It’s a phenomenon that sometimes we choose to forget, be it out of fear, or out of love of this world.

However, it is an undeniable reality that death is something that is going to come to each and every soul. Allah (swt) says in the Holy Qur’an,

Every soul will taste death, and you will only be given your [full] compensation on the Day of Resurrection. So he who is drawn away from the Fire and admitted to Paradise has attained [his desire]. And what is the life of this world except the enjoyment of delusion. (3:185)

But what is death? Have we really understood the purpose of death, or have we been avoiding talking or thinking about it merely because the idea of leaving this world is too scary?

Here are 8 hadith by Prophet Muhammad (pbuh) to help us better understand death:

2. The mercy of Allah even at the time of death

“Allah accepts the repentance of the servant so long as his spirit has not arrived at his throat.”  (Al-Tirmidhi)

3. The death of one who seeks knowledge

4. The remembrance of death

5. What is the destination after death?

“Do not abuse the dead, for they have reached the result of what they have done.” – (Sahih Bukhari)

6. Things that last beyond death

“When a man dies, his good deeds come to an end, except three: Ongoing charity, beneficial knowledge, and a righteous son who will pray for him.” – (Sahih Muslim, 3084)

7. What can save me from an evil death?

“Indeed charity extinguishes the Lord’s anger and protects against the evil death.” – (At-Tirmidhi, 664)

8. Death is an end to comfort

“Remember often the destroyer of all pleasures.” – (At-Tirmidhi)

Death will come for us all, let’s attempt to be ready when it does. 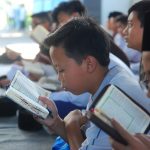 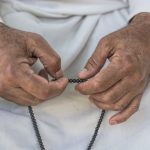 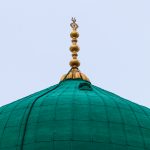 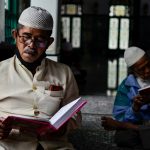 How to Better Understand and Study Hadith