Beyond The Muslim Identity Crisis

Beyond The Muslim Identity Crisis

Will Muslims remain prisoners of the Islamophobic narrative or can we reclaim our collective Muslim story? Could this missing Muslim narrative have revolutionary consequences for the cause of freedom, justice, and equality for the Muslim Ummah? 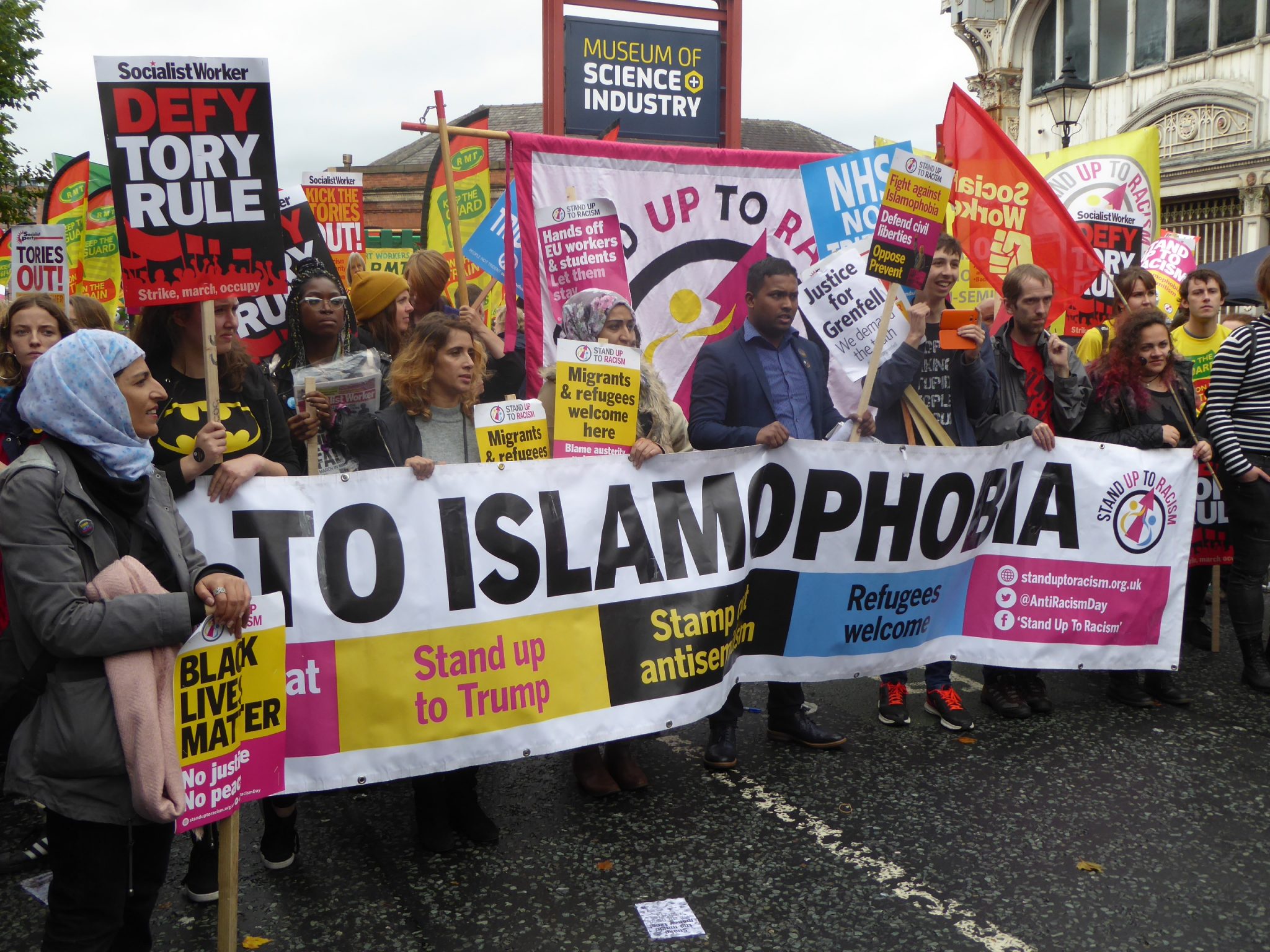 Will Muslims remain prisoners of the Islamophobic narrative or can we reclaim our collective Muslim story? Could this missing Muslim narrative have revolutionary consequences for the cause of freedom, justice, and equality for the Muslim Ummah?

We hear the same story told again and again in the media and from certain politicians, every time a group like ISIS commits an atrocity, every time there is a headline about halal meat, or Muslims ‘taking over schools’, or Shariah, or the niqab, or grooming gangs, or gender segregation. Whatever the issue, it’s the same dominant story: backward Muslims threatening our way of life. It is told with varying degrees of subtlety, but this basic paradigm is increasingly the prism through which Muslims are seen.

Within this dominant narrative, Muslims can never be victims. The so-called War on Terror leaves millions of Muslim civilians dead, but it is Muslims who are violent and a threat to the West. Muslim women are disproportionately the victims of violent hate crime, but it is the clothes they choose to wear that are the violation of women’s rights. Western governments prop up the most brutal dictators of the Muslim world, but it is Muslims who are the threat to freedom and democracy. Reality has been turned upside down to the extent that a study found that most university students even think that it was the Palestinians who invaded Israel, and not the Israelis who drove the Palestinians out of their homes!

While Islam is portrayed as a threat to civilization, the great contributions that Islamic civilization gave to the world are left out of the history books. From the Greeks and the Romans to the sudden emergence of the European Renaissance, there is a one thousand year gap in the history of civilization; the so-called ‘Dark Ages’. This gap is, of course, our Islamic history – the golden age of Islamic civilization. The Renaissance, of course, did not miraculously appear out of nowhere – it was in fact built on the contributions of Muslim scholarship. 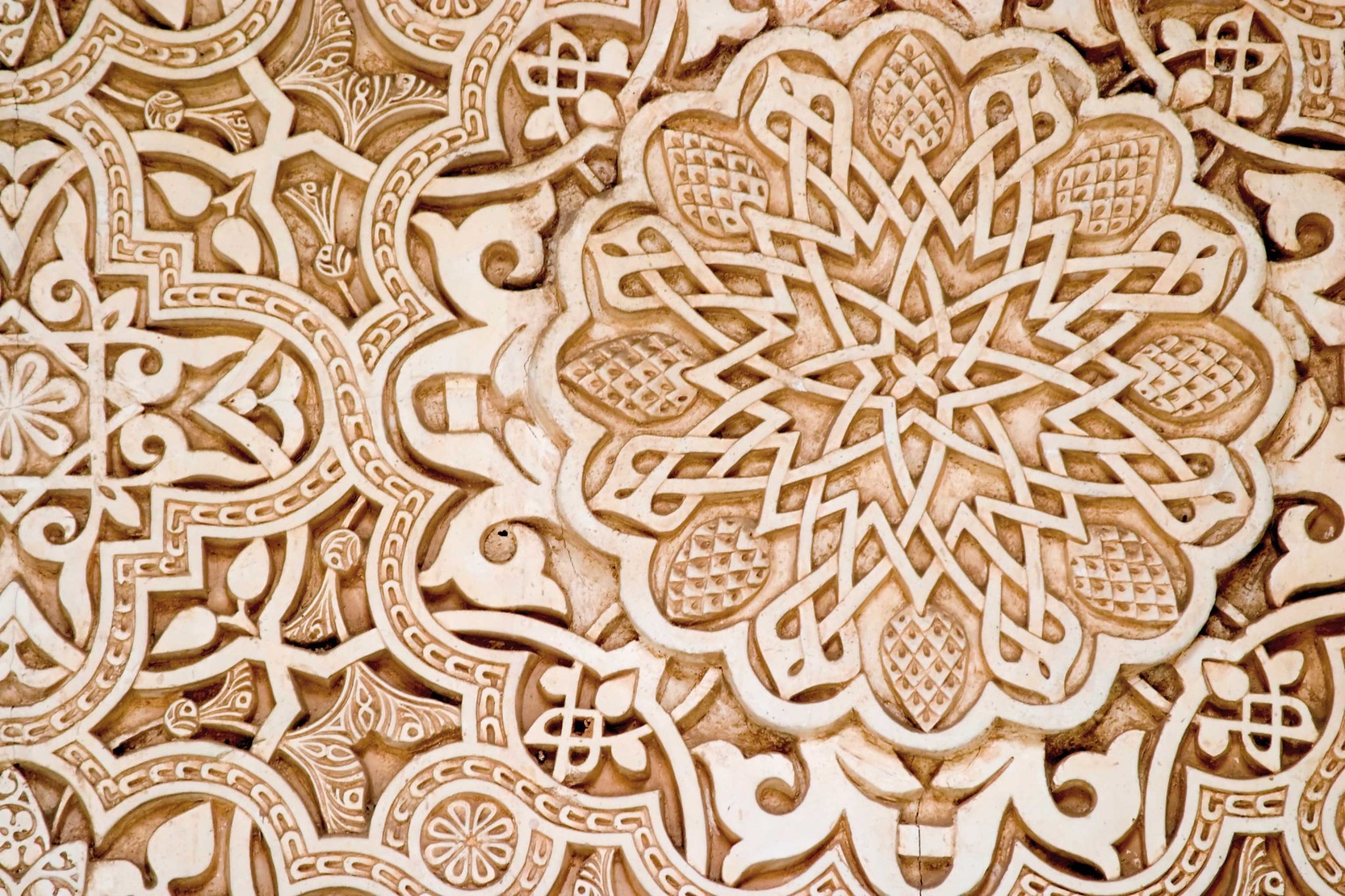 We are surrounded by negative stories about Muslims, but have we told our own Muslim story?

How many Muslims can name the great Muslim scientists whose contributions to knowledge should rank just as highly as names like Isaac Newton or Albert Einstein? How many of us know that the syringe and many surgical instruments still in use today were invented by a Muslim surgeon called al-Zahrawi, who practiced in 10th-century Cordoba? How many of us know that the original flying machine was built not by Leonardo Da Vinci or the Wright Brothers, but by a ninth-century inventor named Abbas Ibn Firnas? 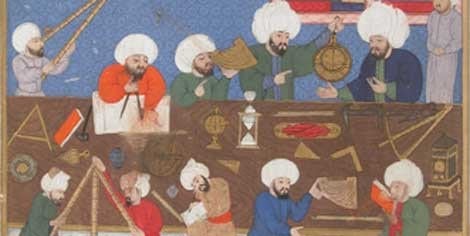 It is not just the great achievements of our past which too many of us are unaware of. We are even ignorant of the pain and suffering of our more recent history. How many Muslims have heard of Omarska? We all know about Auswitz and the genocide against Jews committed more than 60 years ago – and it’s right that we should – however, how can so many of us have learned about the concentration camps that European Muslims were herded into just two decades ago? 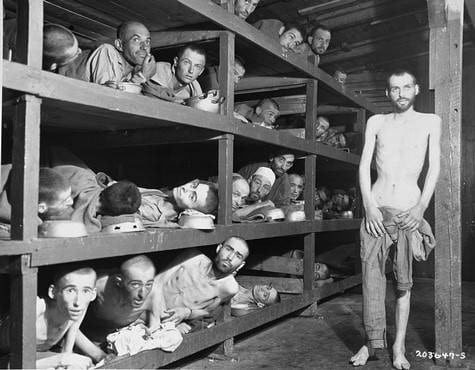 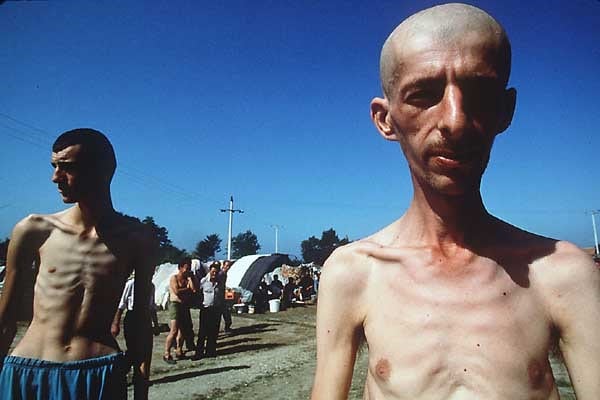 The Muslim story is missing – both our past and our present.

The Islamophobic narrative is so pervasive and insidious that without a strong positive narrative of our own, the sub-conscious poison of self-hatred is starting to take effect on our community. Muslims are left feeling apologetic about their identity. We define ourselves in terms of the anti-Muslim ideas that surround us – desperate to prove that we do not conform to the negative stereotypes. “I’m a Muslim but I’m also a loyal law-abiding citizen”. “I’m a Muslim woman but I’m not oppressed.” “I’m a Muslim but I condemn terrorism.” Our very humanity is called into question when we accept that we cannot expect others to assume that we do not support the mass murder of innocent men, women, and children unless we actually march down the street with a placard that says ‘Not In My Name’!

We have ended up seeing Muslim lives through the distorted lens of Islamophobia. It almost seems normal and inevitable that Muslims aren’t treated the same or given equal respect and rights. At worst, some Muslims turn on their own community or simply distance themselves by saying, “Well, yes I am a Muslim, but I’m a moderate Muslim/a progressive Muslim”.

There are too many of us in our mostly-comfortable lives in the West and in the ‘elite’ of the Muslim world who are so desperate to set ourselves apart from the ‘backward’ Muslim masses that we never truly identify as part of the same people, the same global family.

The Ummah is a global family bound by faith: the word comes from the same Arabic root as ‘umm’ – mother. Allah tells us in the Qur’an,

“And truly this Ummah of yours is a single community, and I am your Lord and Cherisher: therefore keep your duty to Me.”

The Messenger of Allah (pbuh) said,

“The parable of the believers in their affection, mercy, and compassion for each other is that of a body. When any limb aches, the whole body reacts with sleeplessness and fever.”

Yet in practice, we have too often reverted to the tribalism of the Jahilliyah: nationalism, sectarianism and class divisions usurping our common Islamic identity and mutual concern.

Our sense of belonging to the Ummah may at times come to the forefront of consciousness. When, for instance, Gaza is attacked, Muslims are outraged about the murder of their brothers and sisters. Then the bombs stop for a while, the outrage dies down and the daily misery of the Palestinians continues. Every such flicker of the awakening of a global consciousness amongst the Muslim masses swiftly disappears into the vacuum left by the missing Muslim narrative.

What is the missing Muslim narrative? In brief, it is the story of our Ummah which is suffering in so many places around the world today. It is the story of our great history as a people and of our sacred duty to struggle against injustice and free the Ummah to achieve greatness once again, following the footsteps of the Prophet Muhammad, ‘a mercy for all creation’ (Qur’an 21:107).

Having no strong unifying narrative of the Ummah means that we have an overwhelming myriad of separate causes: Palestine, the Rohingya, Kashmir, Islamophobia, Guantanamo, the list goes on. Even when Muslims do try to take some action in solidarity with their Muslim brothers and sisters, they are torn in different directions with these countless competing issues. No story of our Ummah means lack of unity behind a common overarching cause. 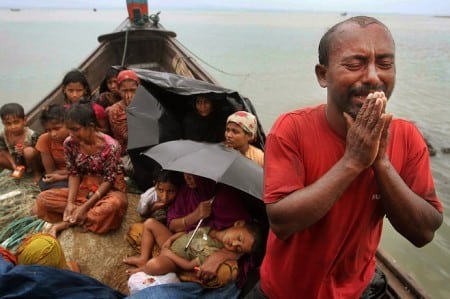 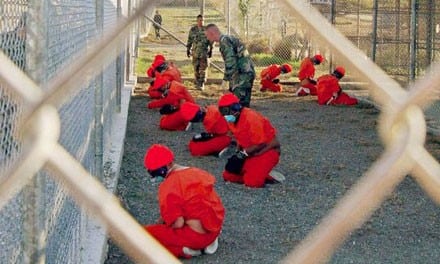 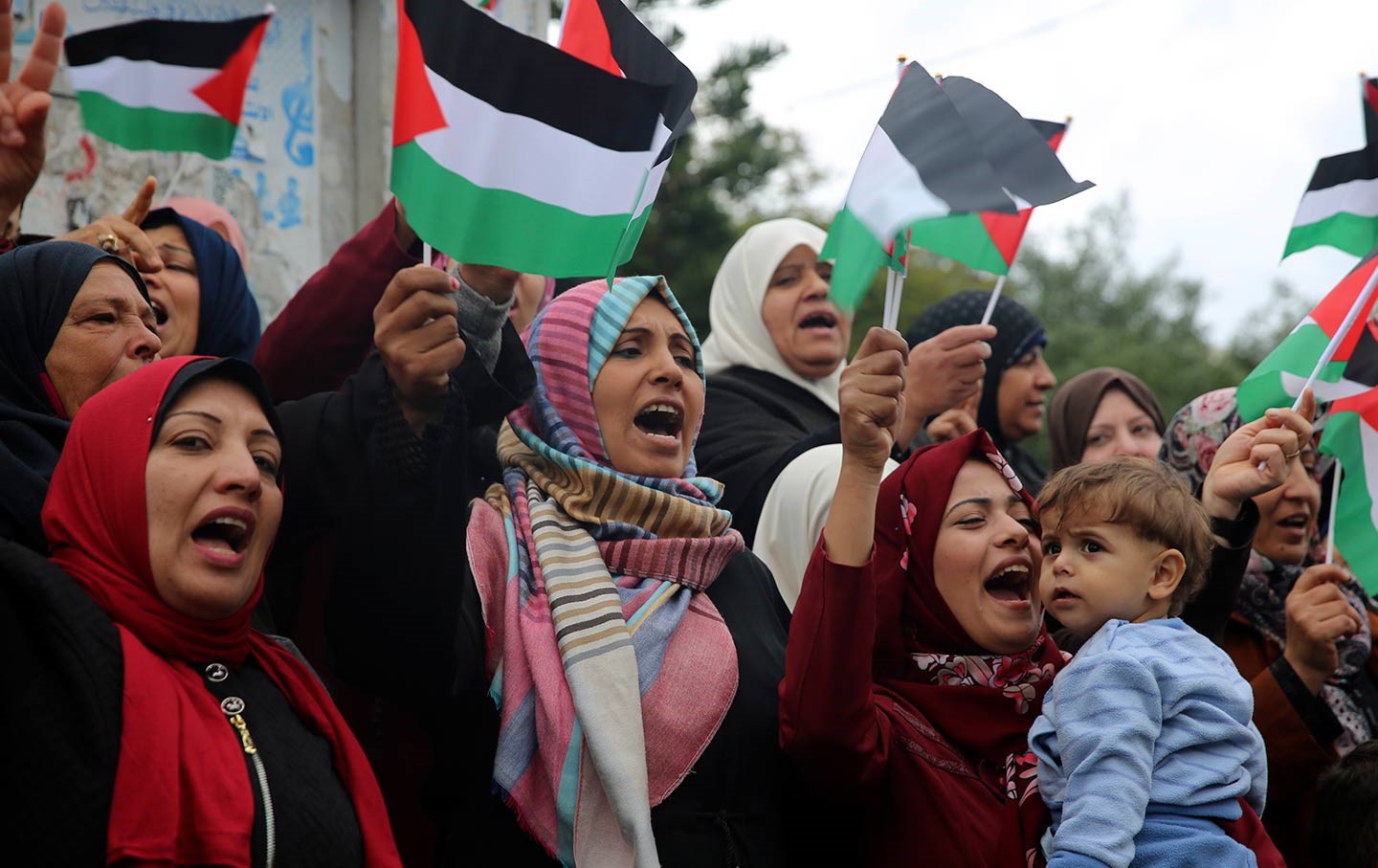 Photo / A Protest in Gaza

Your average Muslim simply does not see themselves as part of an oppressed people worthy of better than their current situation. It is no wonder that they have therefore failed to demand their rights and those of their fellow Muslims.

When we look back at the great struggles for justice, equality, and human rights throughout history we can see that consciousness of a positive identity, anchored in a strong collective narrative, has played a pivotal role. The black civil rights movement and the anti-Apartheid struggle are inspiring examples of this. When we examine our situation from a wider perspective it is no surprise that the vacuum left by the missing Muslim narrative has a cancerous effect on our community, ultimately ensuring that Muslims remain as passive victims.

Muslims may never agree with each other on the details of Islamic fiqh, but every true Muslim can surely agree on opposing the murder, dispossession, and oppression of our brothers and sisters as well as the demonisation of Islam. Actively struggling for justice is central to who we are meant to be as Muslims.

“We sent Our Messengers with Clear Signs and sent down the Book and the Balance with them so that mankind might establish justice.”

There are many different ways that we as individuals can contribute to the cause of justice, not only for the Ummah but ultimately for humanity as a whole. The tools for political action and the means to spread consciousness of the missing Muslim narrative are there for those who care to look.

In order to successfully take up these tools and build a movement that can fight effectively for freedom, justice, and equality, we must break the shackles of the dominant anti-Muslim narrative and tell our own story. This story – this missing Muslim narrative – could transform our situation with revolutionary consequences. The missing Muslim narrative has the power to unite Muslims from every background in our common cause, striving for the Quranic ideal:

Genocide in Bosnia: A Warning for Western Muslims

Malcolm X, Mandela and the Power of Narrative

Muslim Public Affairs Committee
The Muslim Public Affairs Committee UK (MPACUK), is a grass roots civil liberties pressure group, setup in 2001 to encourage civil engagement within the Muslim community at all levels in the UK. Our main objective is to pro-actively work to expose and counter the sinister and toxic anti Muslim narrative that is common in mainstream politics and media.