I found it breathtakingly beautiful, especially the violins. It could calm me down or cheer me up, it could take me to a dreamland where I felt better — all this without forbidden substances. 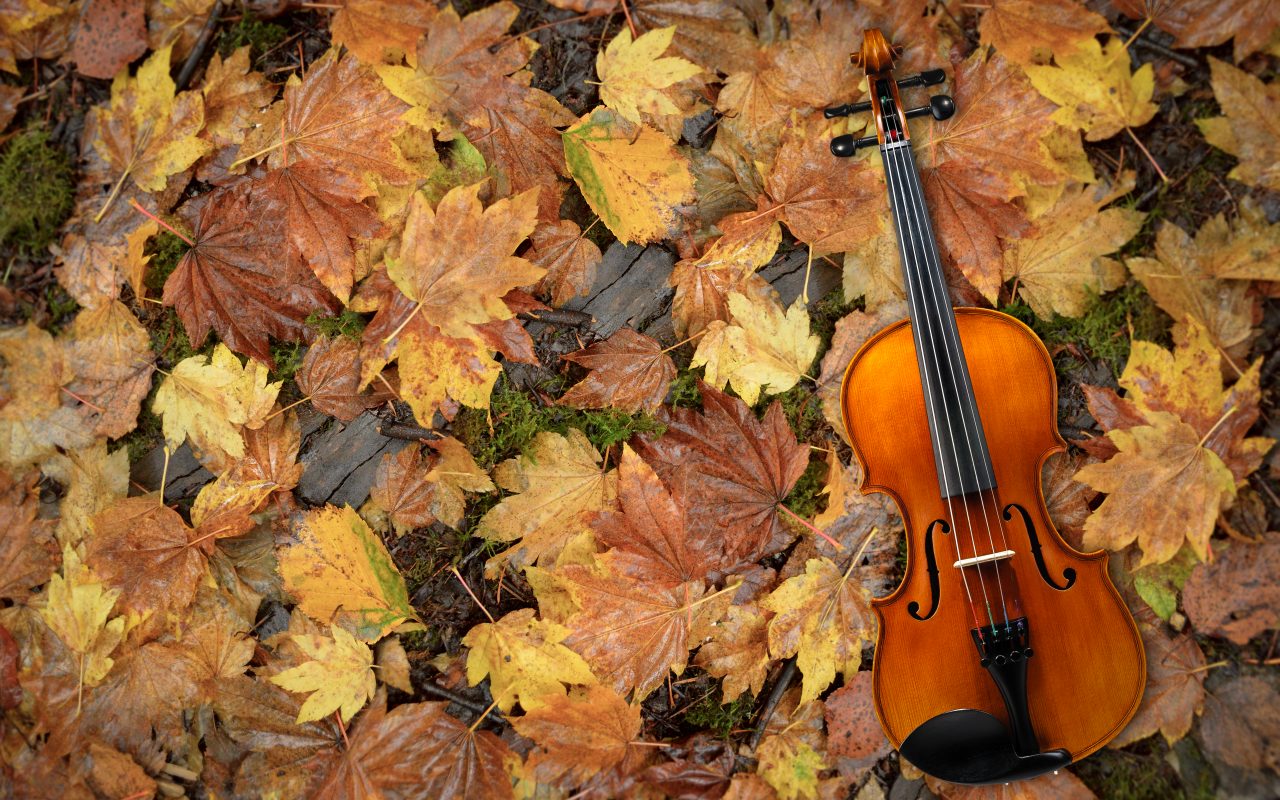 I found it breathtakingly beautiful, especially the violins. It could calm me down or cheer me up, it could take me to a dreamland where I felt better — all this without forbidden substances.

There is a photo on my phone that I really like but I haven’t shown it to anyone yet. I know that if I do, some people will think I am weird, and others will criticize me for being a bad Muslim and misleading others. It was taken when I was practicing some scales on my violin, wearing my favourite maroon hijab. A practicing Muslim woman with a musical instrument sounds like a contradiction in terms, doesn’t it?

Music has never been my major area of interest and I never considered it as my calling. As a teenager, I did attend a musical school and played the piano, but that was mainly upon my parent’s initiative. So I played the piano, learned languages, drew some pictures — very common hobbies for a young lady from a good family. After a few years I gave up the music lessons due to the lack of time, but developed an interest in the Oriental music instead.

After I converted to Islam a bit later, I was informed that my hobby was quite detrimental for the well-being of my immortal soul and could possibly lead me to hell. I was very upset when I was told that music was not admissible, but I wanted to be a good Muslim and adhere to all Islamic rules. So music became a guilty pleasure — I still listened to it and enjoyed it but it made me think that I was a bad Muslim with a weak willpower. Otherwise how else I could explain the fact that I was so attracted to something that was considered haram?

A few years passed. I got married and afterwards divorced, and the main thing that kept me sane after the divorce was music. To be precise, it was just one particular person’s songs that gave me strength and ability to move on and fight the injustice inflicted by my ex-husband. As much as I would like to say that I managed to cope with these hardships listening to the Qur’an and finding my peace of mind in it, that wasn’t true. I kept my faith in Allah, but I wasn’t one of those spiritually strong Muslims for whom the Qur’an had always been the only source of strength and tranquillity.

A few years after that, I got tired of the modern songs whose lyrics were often inappropriate or meaningless, and developed an interest in classical music. I thought it was relatively safe, since it didn’t call for immodest actions or behaviour, didn’t contain swear words, and wasn’t associated with half-naked dancers or indecent movements. I found it breathtakingly beautiful, especially the violins. It could calm me down or cheer me up, it could take me to a dreamland where I felt better — all this without forbidden substances. At some point, listening to the sounds was not enough, so I decided to learn to play the violin myself. The result is still very far from perfect (trust me, you won’t want to hear me practicing), but the process itself fills me with joy and helps me get distracted from my daily worries.

The beauty of classical music made me think about the lives of the most prominent composers and develop my own point of view on the music and art in general. I am not a scholar, and I don’t claim to be a perfect Muslim. My opinion is usually supported by so-called “liberal” Muslims and criticized by those who are more strict in following the religious principles. But after all, this is just a viewpoint developed at a certain stage of my life, and it might change later, like everything else.

Allah is the Most Beautiful and He adores beauty. He encompassed us with the beauty of the mighty oceans, majestic mountains, shining stars, birds flapping their wings, and tiny ants carrying their loads. There is beauty in every aspect of nature, and sounds also constitute a part of nature. In fact, sound is a physical phenomenon, and any musical piece is nothing but a harmonious combination of different wavelengths. The intervals in the music can be explained with physical or mathematical terms, and their succession that forms a melody can also be reduced to a scientific explanation, but it doesn’t make music any less beautiful.

Most composers were believing people who perceived their composing ability as a gift from God and never questioned the permissibility of its application. We take pleasure in contemplating different landscapes; similarly, we can take delight in listening to different sounds. We admire the architects who make magnificent buildings using the natural resources provided by God, so why can’t we admire the composers who weave a wonderful musical fabric from the sounds created by God? The word of God — the Qur’an — is also a perfect representation of harmony and is not devoid of musicality.

The older I get, the more keen I become on art in general, not just music. I have a strong urge to draw and paint — I tried it a couple of years ago but had to stop after the birth of my baby, since both art and babies are quite time-consuming, it was difficult to handle both. I love watercolours — I love looking at the different shades mix and form the new ones whose names I don’t even know. I love pencils that trace grey and black lines and sometimes can convey much more than a colourful sketch. My husband thinks art is useless since it doesn’t have any tangible benefit, but I think art is about the process, not the result. Some Muslims argue that art is not acceptable except for its very limited dimensions. They consider composing, drawing or engaging in similar activities as an act of creation, thus forbidden. But in my opinion, art is not about creation — it is about personal interpretation. Artists don’t create new things — they convey their own view of the world that surrounds them, using tools, materials and ideas that were provided to them by the Creator.

When I told one of my friends about my intention to go to an art school or take art classes, she said “Well, I guess you are just getting old”. It’s true that after a certain age people want to leave a legacy, something to be remembered. But again, art should not be about the result and should come as a natural urge, not as a calculated decision.

I pray that Allah gives me the right understanding of things, and apart from all uncountable gifts He has bestowed on me, I thank Him for creating wonderful sounds used to compose unique music pieces, fascinating colours used to convey the beauty of our world, and countless words we use to share our thoughts with others.