Islamic medicine’s basic principles surround the idea that in order to regulate a persons’ health, body, and life, we must first know their temperament and then dependant on that, the diet that is suitable for them.

Coronavirus has been the illness plaguing our minds for the past year, causing turmoil in almost everyone’s lives. So, what exactly is the Islamic perspective on this?

In the news and according to the Western ideologies of medicine, Coronavirus is a viral infection, much like the common cold but with more severe symptoms. It affects the respiratory system and most of all the lungs, which in turn affects the persons’ ability to breathe.

Due to the modernity of this virus, the West has only been able to treat a patient’s symptoms rather than the root cause of the problem. In the most severe cases, we find patients with already underlying health issues.  However, they are still only being treated for their Covid-19 symptoms. Therefore, the western medicinal practise focuses solely on treating a patients symptoms, whereas the طب (Tibb), (an Arabic word meaning medicine) is a holistic approach to healing diseases, which focuses on restoring an equilibrium to the physical, mental, emotional, and spiritual aspects of a person, using diet, lifestyle adjustments, and herbs to effect a cure. The same amount of significance is placed on maintenance and prevention, as is on the treatment of a disease.

The Western medical field looks at vaccinations as being the sole solution to curing a virus, however the vaccinations only last for up to 3 months, after which they need to be re-administered. This is due to the strain of the virus becoming stronger and the old vaccination no longer has the capacity to cure the patient. This demonstrates that the virus actually has the ability to develop a resistance to the antibodies contained within the initial vaccination.

In Islamic tradition, Imam Ridha (AS) has said: “Avoid medication as long as your body can bear the illness. When it can no longer bear the illness any longer, then take medication” (From the book titled ‘Islamic Medical Wisdom, The Tibb al-A’imma’ Translated by Batool Ispahany).

Islamic medicine integrates concepts of ancient Greek, Roman, Mesopotamian, and Persian medicine as well as the ancient Indian traditions of Ayurveda. This compilation of medical theories was perfected through our Holy Prophet and his lineage after him. Islamic medicine today is brought to us from the hadith and the teachings of the Holy Prophet and his descendants, mainly Jaffer-Sadiq (A.S.), Musa-Khadhim (A.S.) and Imam Ridha (A.S.). Imam Ridha’s contribution to Islamic medicine is known as ٱلرِّسَالَة ٱلذَّهَبِيَّة‎ ‘The Golden Treatise’, which is a comprehensive medical dissertation on health and remedies.

Alternatively, in Islamic medicine the focus is not trying to kill the virus with external medications, instead, it focuses on trying to fight the virus by strengthening the body’s own immune system. Natural herbs are also given to aid the body’s own healing capacity.

Islamic medicine’s basic principles surround the idea that in order to regulate a persons’ health, body, and life, we must first know their temperament and then dependant on that, the diet that is suitable for them.

The personal characteristics that differentiate a person from others are actually a means that allows a person to be seen as unique – this is what is then embodied in the concepts of temperaments. The advantage of knowing your temperament is that it better equips a person to live according to their own individual needs.

The ideal conditional state that is associated with a persons’ temperament is maintained by their own body fluids or humors. There are 4 humors, just as there are 4 temperaments. To learn more about the humors and temperaments, as well as the internal balance of a persons’ body, click here.

Islamic medicine looks at Corona as a virus and thus the disease cannot be killed until it has completed its cycle, however, a person can strengthen the body’s immune system to help fight the virus. According to Islamic medicine, Coronavirus is a strain of the flu, like influenza, a virus which first affects the brain and then moves down to affect the respiratory system. This happens if the persons’ brain has become cold in temperament; this coldness allows for an easy entry point for the pathogen to enter the body.

Sicknesses only begins to affect a person’s body when the organs have become cold in temperament, not in temperature. Thus, when looking at Coronavirus, different areas of the brain correlate to different organs of the body.  If a certain area of the brain has become cold, then the organ connected to that area of the brain then becomes weak and so does not perform as well. Therefore, if a pathogen or virus has been contracted by the person, the pathogens are more likely to attack the colder areas of the brain first, because of its weakness and hence in complicated circumstances that organ linked to the brain would also start to display symptoms.

Generally, when the body has been attacked by a virus, the body’s natural defense mechanisms begin to work. For example, running a fever is a method of protecting the body, as it heats up the body, which in turn makes it difficult for the virus and pathogens to survive. Similarly, the action of coughing helps expel the pathogens directly out of the body. It also helps keep the body balanced to prevent the body from going into stress mode, which in severe cases could lead to a stroke. A person also catches a cold because of a build-up of excess humidity.

In general, we can see that fear has gained prominence in society during this pandemic. This fear in a person can cause a drop in their immunity. Psychologist Janice Kiecolt-Glaser and immunologist Ronald Glaser studied medical students from 1982 to 1992 and found that the student’s immunity levels dropped every year during the three-day exam periods. Students undergoing the examinations had fewer natural killer cells, which are used by the body to fight tumours and viral infections. They almost stopped producing immunity-boosting gamma interferon and infection-fighting T-cells, which responded only weakly to test-tube stimulation. Therefore, we can conclude that fear is a major factor in weakening the immunity of a person.

These results pushed other researchers to start looking at the correlation between stress, fear, and the weakening of a person’s immune system. In 2004 Suzanne Segerstrom and Gregory Miller conducted lab studies that induced people with stress for a few minutes. They found that a burst of one type of “first responder” activity mixed with other signs of weakening. Stress that was given for any significant duration – from just a few days to just a few months or years, as typically happens in real life – all these aspects lowered their immunity. Thus, long-term or chronic stress can damage a person’s entire immune system. The analysis also exhibited that the elderly or those who are already sick are more susceptible to stress-related immune changes.

We can conclude that the Western ideologies of medicine look at treating just the surface-level symptoms and therefore will never be able to fully cure the ailment. The Western mindset often feeds patients with the idea of a disease sometimes being incurable, however by following through using Islamic medicine as the basis for treatment, no disease is seen as incurable, and a person can become perfectly balanced and rid themselves of the suffering they are experiencing. 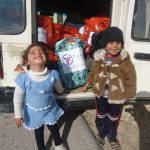 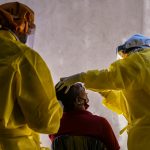 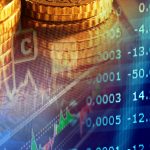