“If you hear the news of an outbreak of an epidemic (plague) in a certain place, do not enter that place: and if the epidemic falls in a place while you are present in it, do not leave that place to escape from the epidemic.” (Al-Bukhari 6973) 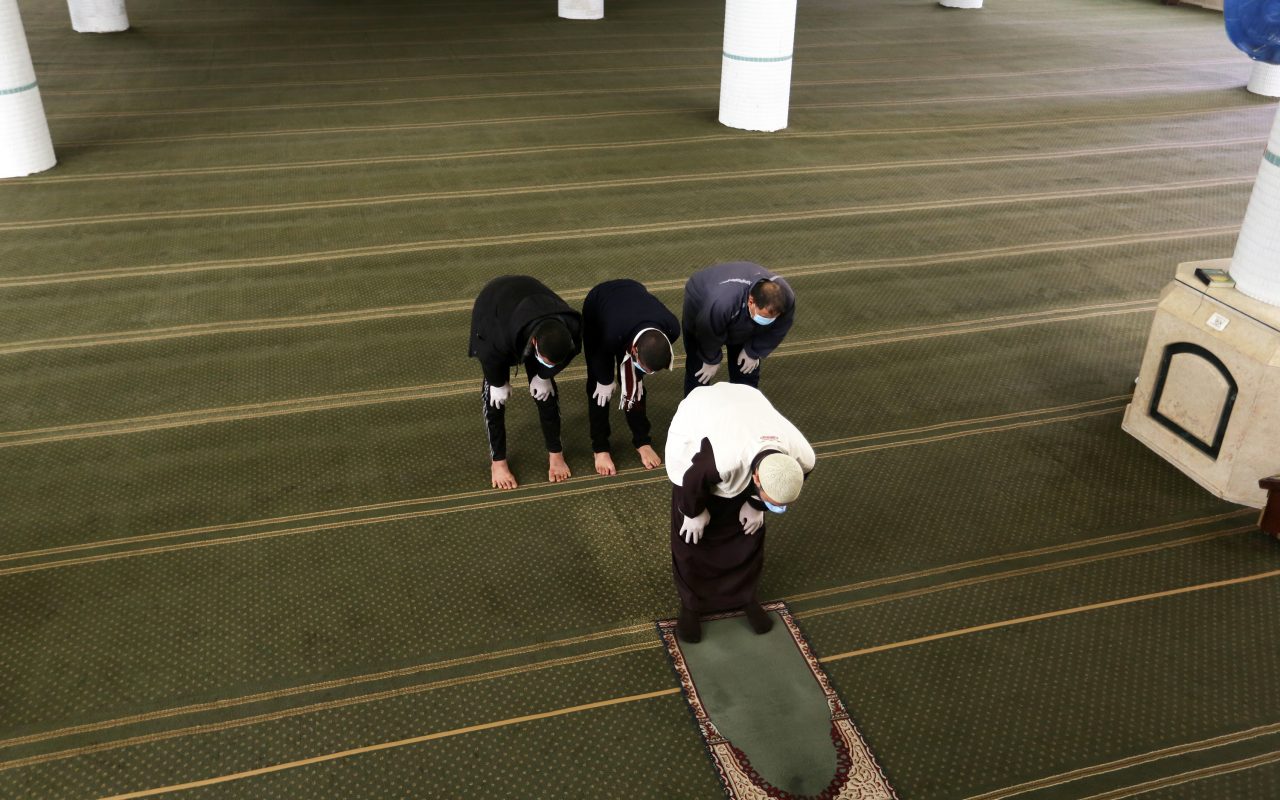 “If you hear the news of an outbreak of an epidemic (plague) in a certain place, do not enter that place: and if the epidemic falls in a place while you are present in it, do not leave that place to escape from the epidemic.” (Al-Bukhari 6973)

COVID-19 is a disease caused by the coronavirus, according to the World Health Organization. It has affected almost the whole world and has paralyzed the normal life of almost everyone – causing the death of tens of thousands by now.

Countries and nations, even the developed ones, have utterly failed to treat and effectively manage this pandemic. This short paper is intended to shed light on the causes, management, treatment, and protection from this disease from an Islamic perspective.

Causes of the Disease

Medically speaking, it is not clear exactly how contagious the coronavirus may be. It is thought to spread through close personal contact. It may also spread if a person touches a surface with the virus on it and then he/she touches his/her mouth, nose or eyes.

Whatever the medical reasons may be, it is true that the virus is a creation of Allah (God). It happens with His knowledge and permission as the Holy Qur’an (6:59) says:

And with Him are the keys of the unseen treasures – none knows them but He; and He knows what is in the land and the sea, and there falls not a leaf but He knows it, nor a grain in the darkness of the earth, nor anything green nor dry but (it is all) in a clear book.”

Now, the virus may be a punishment for the disobedience of Allah or it may be a test from Him for mankind. In either case, Allah wants men to turn to Him in repentance (Tawbah), to believe in Him, to worship Him, and to stop corruption, oppression, and persecution on the earth. This is exactly what Allah says in the Qur’an (30:41):

Evil (sins and disobedience of Allah, etc.) has appeared on land and sea because of what the hands of men have earned (by oppression and evil deeds, etc.), that Allah may make them taste a part of that which they have done, in order that they may return (by repenting to Allah, and begging His Pardon).”

COVID-19 may also be taken as a warning from Allah. As a common practice on His part (Sunnatullah), in the past, whenever He sent a prophet to any population and that population disobeyed him, He sent various calamities like diseases as warnings before their complete destruction so that they could obey their prophet (Qur’an, 7:94-95).

The Prophet Muhammad (peace be upon him) is the last of all prophets (peace be upon them all). He is the Prophet for the whole of mankind (Qur’an, 7:158; 34:28). Taking lessons from the Qur’an, mankind should consider the coronavirus as a warning from Allah and accordingly submit to the message the Prophet Muhammad brought, which is “There is no God but Allah and Muhammad is His messenger (La ilaha illa, Muhammadur Rasulullah)”.

Management of the Disease

The whole purpose is to stop the people of the affected area from carrying the virus beyond and also to refrain those of the unaffected area from risking themselves with the disease. In this way, the degree and extent of harm may be minimized. This is exactly what the Prophet of mankind, Muhammad (peace be upon him), prescribed more than 1400 years ago. He said:

If you hear the news of an outbreak of an epidemic (plague) in a certain place, do not enter that place: and if the epidemic falls in a place while you are present in it, do not leave that place to escape from the epidemic.”

In obedience to this advice, Umar bin Khattab (Allah be pleased with him), the Second Caliph of Islam, returned from Sargh (a place near Syria) without entering Syria as there broke out plague (Al-Bukhari 6973).

Treatment of the Disease

Make use of medical treatment, for Allah has not made a disease without appointing a remedy for it, with the exception of one disease, namely old age.”

Accordingly, we should take medical treatment and advice given by physicians and other medical experts.

Disease and cures are both are from Allah (Qur’an, 26:89). Therefore, side by side of medical treatment, we must ask Allah for healing through prayer (Salah) and patience as the Qur’an (2:153) directs us:

O you who have believed, seek help through patience and prayer. Indeed, Allah is with the patient.”

The ailing person should read the last two chapters of the Qur’an (Surah al-Falaq and Surah al-Nas) and blow over the body. In this connection, the Mother of Believers (Prophet’s wife), ʿĀishah (Allah be pleased with her), narrates that “During the Prophet’s fatal illness, he used to recite the muʿawwadhatain (Sūrah al-Falaq and Sūrah al-Nās) and then blow his breath over his body. When his illness was aggravated, I used to recite those two sūrahs and blow my breath over him and make him rub his body with his own hand for its blessings” (Al-Bukhari 5735). In addition, we should make charity as it brings ease and removes difficulties (Qur’an, 92:5-7).

Protection from the Disease

We should maintain isolation from others as much possible and pray, especially the obligatory five times Salah, and read the following du’a (supplication) to Allah:

We should also read the Qur’an because Allah has put cures for all sorts of ailments (physical, mental or spiritual) in the Qur’an (Qur’an, 17:82).

To conclude, we should take both the medical and spiritual means for the treatment of and protection from COVID-19. We should remember that like all other creations, we are in need of Allah’s help at every time and situation (Qur’an, 55:29).