Cuba has Muslims and we love drinking coffee together!

It seems that we have much in common with the people of Cuba!

It seems that we have much in common with the people of Cuba!

I had always wanted to visit Cuba, since my childhood. Landing in a resort in Varadeiro, I instantly saw images of Che and Fidel smiling down at me, heroes of my homeland of Guyana, South America that I had read about. 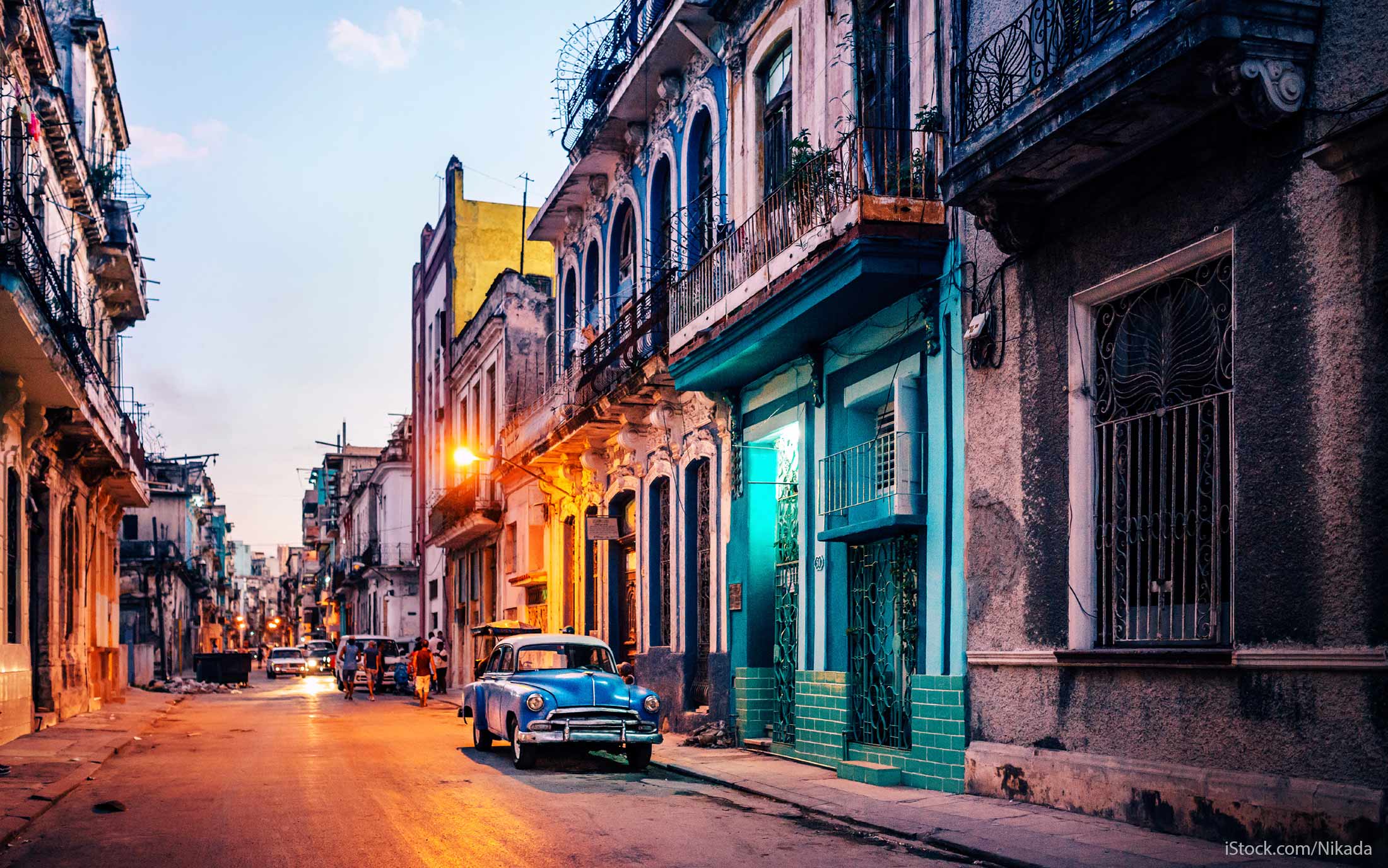 Generally speaking, I am not a huge fan of resort vacations as I can’t interact with many people that way. My most memorable day was on a Friday where we had taken a day tour in Havana. I really wanted to pray Salatul Jumma in Cuba, especially after learning that there was a local mezquita, a mosque. During the tour, we walked towards the Arab Museum and I suddenly came alive; excited to explain to the other members of my group what a wudhu place is, and translating the Arabic inscription beneath it:

Thereafter, we arrived at the mosque where we decided to pray during the recess. This mosque was established in the 1960s by a brother who had accepted the Nation of Islam in America. Since then, the community has been growing and is constituted by Pakistani refugees and students, as well as many Arab businessmen, diplomats and of course, beautiful converts. I am told that the Muslim community in Cuba is at nearly 3,000 people; they do Ramadan and break the fast annually, besides observing Eid and sharing the qurbani, the sacrifice amongst themselves. I walked into the Arab-styled newly built mosque in Old Havana and met someone who was a student from Pakistan and presently resides in Cuba with his beautiful bride from Canada, both of whom are doctors who continue to serve their community.

I entered the mosque and prayed salah. Enquiring about the Imam; I found a young man dressed in Arab robes with a turban on his head, sitting cross-legged and reading verses from the Holy Quran. I sat next to him and listened to the sweet melody of Quranic recitation emanating from the lips of an Egyptian in the heart of the Spanish-speaking Caribbean, and I couldn’t help but prostrate in gratitude. When Columbus arrived in the Caribbean some five hundred years ago, he witnessed dark skinned men and women bowing and prostrating too. According to Dr Abdulllah Hakim Quick in ‘Deeper Roots,’ these people were Moors already settled in the Caribbean Islands, who had been forced to migrate from Spain. The routine hospitality and deeper spiritually that runs in the veins of the Cubans bespeaks of this lost heritage.

The place no doubt is a piece of paradise, with blue seas and copious amounts of coconuts to quench your thirst. There is now a halal restaurant in Havana and I wished I had taken the time to savour the shawarma with pickles. However, as one who is wary of halal food and its origins, I binged on as much fish, vegetables and eggs as I could. That being said, I have been told that Muslims cater for all their halal needs by visiting the farms and getting their own livestock slaughtered according to the Islamic tradition.

I was just a tourist who was staying at a most beautiful resort enjoying my time and the stinging restlessness in me to pray Juma was nowhere to be fulfilled. I had booked my tour to Havana on a Friday because that was the only thing available and little did I know, I would experience the mosque and museum, both which would prove to be the best part of my trip. With this, my experience became an Islamic one, especially with being able to walk around Old Havana and taking in the relics of Muslim Spain through the windows and stained glass art, with hundreds of beautiful domes and arches. Seeing this all made me think about those Cuban Muslims who had learnt their faith from their ancestors, regardless of its many variations, the same way that the African people have learnt to live together as one, despite their various religions.

After taking my trip and living amongst the people of Cuba, I realised we had much in common. We may not be able to relish in famous Cuban rum and cigars, but we share a love for coffee and faith and that, in a way, binds us together as one. Mucho gracias for your love, Cuba; I have not felt a more grateful and gracious people than you.