Muslims are encouraged to always have balance in their daily life. This doesn’t mean we should only be serious; it just means that laughing, joking, or doing anything else for that matter (entertainment) excessively should be avoided.

Growing up, one of my favorite TV shows was America’s Funniest Home Videos (AFV). After school, my siblings and I used to sit in our living room for hours and watch people tripping, falling, getting hit with different objects, or getting frightened by their loved ones.

We laughed along with the audience in the show as the unsuspecting jumped with fear as one of their family members came behind them unexpectedly, came out of somewhere you wouldn’t expect someone to get out of or wear strange customs, all to scare them.

I enjoyed that show when I was a child. I even attempted to do one of the tricks I saw to scare one of my brothers. However, scaring people, especially when they least expect it, is not permissible in Islam. These days we have kids/teens doing ‘pranks.’ It goes beyond a simple attempt to scare someone. Some people have died from pranks that have gone horribly wrong.

In an article from the BBC, it’s reported that “Witnesses told police Timothy Wilks and a friend had approached a group of people outside a family trampoline park in Nashville, holding large knives. Mr Wilks was then shot by a 23-year-old, who told police he had had no idea it had been a ‘prank’ and had been acting in self-defense.” The report goes on to say, “Mr Wilks’s friend told officers the ‘prank’ had been for a YouTube video. No-one has been arrested over the death.”

Unfortunately, that is not the only tragedy associated with pranks. If you do a simple Google search for ‘pranks gone wrong’ way too many videos/articles come up of so-called pranks ending up in death and tragedy. Frightening people and seeing their reactions is something we all have done one time or another for the sake of having “fun.” It’s just one of those things people love to do; however, scaring people along with other things we may see as harmless fun are all things that are not permissible in Islam.

It’s time we teach our children and youth that these pranks, along with so many other things deemed as “fun” that are common these days are not acceptable in Islam.

All of the following things are either not permissible or are highly discouraged in Islam.

Besides obeying our prophet, here are other reasons to not scare people…

This is a more obvious one as to why it is not permitted in Islam, yet people still do it, especially when they’re young (teenagers and young adults). Making fun of someone includes all of the following:

All of this is wrong and we should not do it! We should also teach our children not to do it as that is really hurtful and mean. Allah says in the Quran,

The Prophet (may Allah’s peace and blessings be upon him) also warned us not to make fun of people. He said, “Do not express malicious joy towards your brother’s misfortune, for Allaah may have mercy on him and you may be stricken by the thing you made fun of” (Narrated by al-Tirmidhi).

In recent times, I have heard that laughing is really good and healthy for you — it’s supposedly a good way to relieve stress and feel happy. Our Prophet however, advised us to be careful about laughing too much.

It was reported from Abu Hureyrah that Prophet Muhammad (peace be upon him) said “Do not laugh too much, for laughing deadens the heart” (Narrated by al-Tirmidhi, and Ibn Maajah).

Some people will think there is no fun in Islam if they can’t do any of the above-mentioned things.

Islam is a religion that encourages balance and moderation. Muslims are encouraged to always have balance in their daily life. This doesn’t mean we should only be serious; it just means that laughing, joking, or doing anything else for that matter (entertainment) excessively should be avoided.

In Islam, we are encouraged to be happy and pleasant with others. Smiling is even considered charity.

So go ahead and laugh, smile, and be happy; just make sure you do it with balance and moderation.

Nimo Ali
Nimo Ali is a Somali-American mother and writer. She's the author of the book, I Want to Be Like Prophet Muhammad. She's also the person behind the parenting blog, Muslim Mother Source. To read more of Nimo's articles you can do so by visiting her website, muslimmothersource.com and if you have small children and are looking for the perfect book to inspire them to be like Prophet Muhammad, get her book! 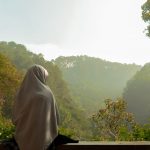