Islamic scholars and jurists differ on the time of ensoulment. This, in turn, creates a divergence of opinions over the legality of abortion.

Islamic scholars and jurists differ on the time of ensoulment. This, in turn, creates a divergence of opinions over the legality of abortion.

This is a brief overview of foetal right to life in light of the basic sources of Islamic law, namely the Qur’an and Prophetic traditions (Sunnah/Hadith), and juristic opinions derived from those sources. In other words, it states the theoretical position of abortion under Islamic law. Then, it touches on the actual practice of the law in Muslim-majority countries of the world.

According to the Islamic Faith, the human race started with the First Man, Prophet Adam (Peace be upon him-PBUH). Almighty God (Allah) created Adam from dust. From Adam, He created Eve (Peace be upon her-PBUH). With the exception of Prophet Jesus (PBUH), the human reproduction system started from them, which operates through the mixture of the man’s semen with the woman’s ovum.

To quote the Holy Qur’an (86:6-7), “He (man) is created from a (mixed) drop (semen and ovum) emitted…from between the backbone and the ribs” (1). That mixed drop passes a few stages over a period of time. They are the stages of clinging clot of blood (‘alaqah), chewed flesh (mudgah), bones (‘izoma), and flesh (lahm) followed by ensoulment.

To again quote the Holy Qur’an (23:14), “Then We made the sperm into a clot of congealed blood; then of that clot We made a (foetus) lump; then We made out of that lump bones and clothed the bones with flesh; then We developed out of it another creature (human being by ensoulment)” (1). The first three stages together constitute “organogenesis” when “organ differentiation occurs and all organs are present, in at least an elementary form by the end of six weeks” (2).

Prophet Muhammad (PBUH) describes this period as follows: “When forty-two nights pass after the semen gets into the womb, Allah sends the angel who gives it shape and fashions its hearing, sight, skin, muscles, and bones.” As well, the angel writes down its destiny including its gender, age, and livelihood (3). Some Islamic scholars understand that ensoulment occurs here, even though there is no explicit mention of it.

After the organogenesis, as the Qur’an mentions above, bones are clothed with flesh (1). This is known as  “myogenesis” taking place in the next two weeks (4): “Development of definitive muscles starts in the trunk and the foetus starts moving, and muscles take their position around the bones.” (4). From here, runs the fetal stage – the time between the eighth week and birth. “No new organs appear, only continuous growth of the fetus occurs” (2).  According to the following Hadith, distinguished from the above one, after 120 days of pregnancy, the foetus receives the soul:

“The creation of every one of you starts with the process of collecting the material for his body within forty days and forty nights in the womb of his mother. Then he becomes a clot of thick blood (clinging stage) for a similar period (40 days) and then he becomes like a piece of flesh for a similar period. Then an angel is sent to him (by Allah) and the angel is allowed (ordered) to write four things; his livelihood, his (date of) death, his deeds, and whether he will be a wretched one or a blessed one (in the Hereafter) and then the soul is breathed into him” (3).

Thus, as seen above, Islamic scholars and jurists differ on the time of ensoulment. This, in turn, creates a divergence of opinions over the legality of abortion (2). However, it may be argued that after 42 days of pregnancy, the foetus receives a biological life while after 120 days it becomes a human life through ensoulment. As such, the majority of scholars – including the Islamic Fiqh Council of Islamic World League – hold that abortion after 120 days of pregnancy is not allowed unless it is a necessity to save the mother’s life (5). In practice, as of 2013, only 18 of 47 Muslim-majority countries have given effect to this view through legislation (5).

Now, it may be asked why ensoulment is important for the determination of the legality of abortion in Islam. The answer is that life is sacred in Islam. According to the Holy Qur’an (51:56), God created humans to worship Him (1). If a human life is killed (after ensoulment), the very purpose of its creation will be defeated.

As such, killing life is a major sin. If a person is killed without a lawful reason (e.g. sentencing to death for intentional killing), it is so sinful that the Qur’an (5:32) equates it with the killing of the whole human nation. In the same way, it likens the saving of a life with the saving of the whole of mankind (1).

Since with ensoulment the foetus becomes a human being, it should be jurisprudentially considered a person who has rights to hold but no duty to perform. In other words, it is a quasi-legal person enjoying rights alone. And the first right it is entitled to is the right to life which must not be taken unless it is inevitable to save the life of the mother who is a full person holding both rights and duties under the law. 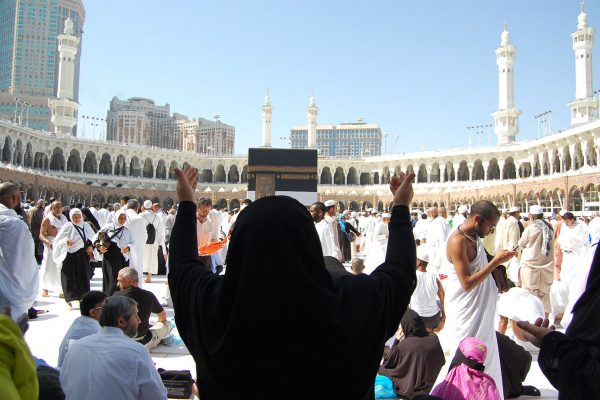