The public perception of Muslim women is one of stubborn stereotypes: supposedly powerless and oppressed, behind walls and veils, demure, voiceless and silent figures, discriminated and bereft of even basic rights.

Contrary to this general belief, Muslim women have held the flag of enlightenment throughout history. The early Muslim community recognised and honoured a wide spectrum of female roles and responsibilities. A mother was considered the first school for her children. In Islam, a woman is seen as an individual in her own right, an independent entity, and not a shadow or adjunct to her husband or any other man. Islamic history abounds with women, both past and present, who have achieved and contributed significantly to intellectual and cultural life in the Islamic world.

One such iconic female figure was Khadijah bint al-Khuwaylid (565-623), the first wife of Prophet Muhammad, whom she met when she was the widow of a wealthy merchant and was herself a highly successful and respected businesswoman.

Khadijah was the daughter of Khuwaylid ibn Asad and Fatimah bint Za’idah and belonged to the clan of Banu Hashim of the tribe of Banu Asad. She inherited her father’s business at a time in history when society was male-dominated. She stepped into her father‘s shoes with amazing ease and traded goods through the primary commerce centres at that time, from Mecca to Syria and to Yemen, hiring the most trustworthy men to handle the dangerous trade routes. Her business was larger than all of the Quraysh trades combined and the most acclaimed with a reputation of fair-dealing and high-quality goods. When all the Quraysh caravans gathered to begin their long journeys to Syria in the winter or to Yemen in the summer, the caravan of Khadijah was equal in size to all of the other caravans combined. She had a keen eye and was highly intuitive, earning the monikers Ameerat-Quraysh (“Princess of Quraysh”) and al-Tahira (“The Pure One”). Khadija knew what she was doing business-wise, never compromising her modesty or integrity to succeed in the male-dominated trades where she had to compete with businessmen of a wide range of hues and stripes. She hired only those that could meet these standards. She was passionate about her business and handled her team with empathy and care. Her approach reaped rich, moral and material dividends.

Being the most successful woman around, rich in worldly attainment as well as character, it seems Khadijah faced a consistent campaign of men seeking her hand in marriage. According to some scholars, she was married twice before her wedlock to the Prophet; both of these marriages produced children and both left her widowed. Her keen sense of piety inclined her to prefer graceful widowhood over an emotionally draining wifehood. She resigned herself to being a widowed woman taking care of herself and her family.

Khadijah was undoubtedly a pious woman with a visionary and business acumen. More important, she had a steely determination and trusted her instincts which never let her down. The absence of primary male support following the death of her husband did not appear to weaken her resolve. She did not sell off her business, nor did she compromise her feminine morality and grace to continue it. She relied on her mental agility and human relations skills to manage it through her small but trusted team whose members lived up to her trust.

She combined commerce with compassion and social conscience with financial finesse. Having been deprived of the protective umbrella of parents in her youth, she must have summoned the deeper emotional springs to the last dregs to nourish her soul and spirit. Islam is solidly rooted in traditions of mercantilism and private enterprise.  Khadijah made sure that neither femalehood nor widowhood came in the way of her pursuit of an Islamic ideal.

The Prophet’s uncle Abu Talib, under whose guardianship he was cared for after being orphaned, had several mouths to feed. When Abu Talib learned that Khadijah was preparing a business caravan for al-Sham, he recommended Muhammad to her. Khadijah recruited Muhammad without a wink – it seems she had an uncanny knack for spotting talent.

On his first trip in the employment of Khadijah, Muhammad was accompanied by Maysarah, her slave, who was also recommended to Muhammad by his uncle.  Muhammad returned with a triumphant business success. It was also a spiritual experience for him as he got to meet several saintly figures. Maysarah narrated to Khadijah the success of the business trip and how Muhammad’s’ bright mind and character was responsible for the success of the business trip. Khadijah was highly impressed and she developed a deep emotional bond with him.

There was more to Muhammad than his business acumen. Khadijah was so impressed by his humility, honesty and modesty that her respect for her employee was to turn into love. Despite, according to some scholars, her forty years of age, and the indifference with which she rejected the offers of the noblest of Quraysh to marry her, she overrode convention and her own determination not to remarry a third time by proposing to marry the 25-year-old. Reciprocating her magnanimous gesture, Muhammad too bucked social norms and graciously accepted the offer. Although these ages are corroborated by most sources, the fact that she bore him at least six children may suggest that she was in fact younger.

When he received the first revelation in a cave, it was Khadijah to whom Muhammad stumbled down the mountain. Physically shaking and unable to comprehend his experience, he turned to Khadijah who immediately recognised the significance of what had happened. She was the first to understand the importance of the revelation and was the first to embrace Muhammad’s new faith. It was she who sustained, strengthened, and supported him.

Khadijah played a central role in supporting and propagating the new faith and saw Muhammad through the roughest years of his becoming a prophet. She balanced everyday life with divine wonder as part of ordinary reality. She gave up everything in supporting the birth of this new religion. Along with her husband, she faced persecution until her death but demonstrated a steely determination and a fierce loyalty to her husband and his mission. She stood by him like a rock and was an emotional astringent during his mission of promoting Islam.

It is difficult to speculate what her absence would have meant for the Prophet’s mission. His own acknowledgement gives us a hint. She used her emotional resilience and tenacity to telling effects during her companionship of Muhammad. The Prophet himself confessed:

At another place, the Prophet showers an effusive tribute:

Islamic tradition praises Asiya, Mary, Khadija, and Fatima as the four women who provided monumental examples of excellence in faith. The Prophet said,

“The best of the women of Paradise are Khadijah bint Khuwaylid, Fatimah bint Muhammad, Aasiyah bint Mazaahim the wife of Pharaoh, and Maryam bint ‘Imraan – may Allaah be pleased with them.”

“Sufficient for you among the women of the world are Maryam the daughter of ‘Imraan. Khadeejah bint Khuwaylid, Faatimah bint Muhammad and Aasiyah the wife of Pharaoh.”

(Narrated and classed as saheeh by al-Tirmidhi, 3878)

The Prophet’s undying love for Khadijah, his refusal to marry any other woman until her death despite the conventions of the age, and her pivotal role in the early development of Islam are emblematic markers used by Muslim feminists to argue that Islam is woman-friendly and that, if Muhammad were here today, he would have been the strongest champion of women’s rights, with Khadijah as the most powerful symbol of it.

Khadijah was a trailblazing businesswoman and a philanthropist, whose life in public service was in pursuit of a fair and just world for all. As the first lady of Islam, she was a pioneer in several respects. Through her determination, her wisdom and her unshakable moral compass, she was a force for enormous good whose legacy remains as fresh as ever. 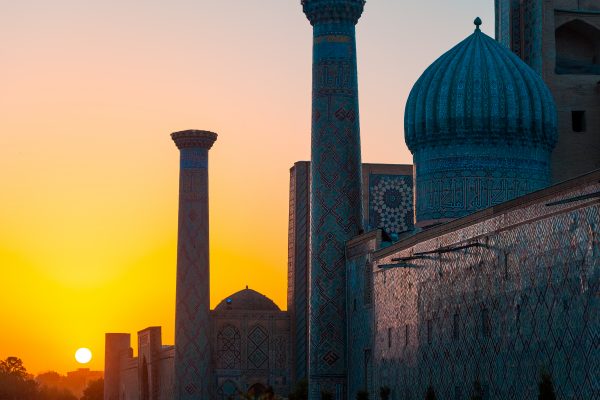