How to do Tawheed better

Tawheed is not merely the lifeless concept of monotheism, but rather, becomes ‘proclaiming and maintaining the unity of Allah’.

The way Tawheed exists in the minds of Muslims can be broken down into two types.  The first type is a concept so simple, so undemanding, and so uncomplicated, that it becomes ‘childish’.  Think about it.  Isn’t that the first thing we teach our kids or were taught by our parents?  (By teach, of course, I mean force to say and repeat).  Desi kids become the proud, shining star of their nuclear and extended families whenever they’re able to parrot out the phrase “Allah Aik”, Allah is one.  I’m pretty sure this same phenomenon exists in other monotheistic households or at the very least, Muslims of other cultural backgrounds.  (Kind of makes me think about what kids are first taught to say if their parents are atheists…).

Tawheed, in this scenario, is always defined and translated as monotheism, which is the understanding that most of us have come to identify with.  When Tawheed is conceptualized in this manner, it becomes a numerical, mathematical, and material way of thinking about Allah.

Allah is 1, meaning he is not 2, nor 0, nor 3.1415179… There is only one God who has created this universe and He didn’t have any help from any minor or lesser gods.  This is the limit and sum total of where such a notion of Tawheed can lead us.  It’s our timid battle cry in the (centuries old & currently non-existent) fight between monotheism and polytheism.  Like our understanding of most other Islamic beliefs, it’s not exactly wrong, it’s just incomplete, deficient, lacking.

So what’s the other type of Tawheed?  Whereas in the first type, we translated and understood Tawheed as an abstract noun (like art, justice, freedom) which refers to an inactive concept, for this second, more developed type of Tawheed, our translation should in turn reflect the increased precision of the concept while keeping in mind the meticulousness of Arabic grammar.  If you really want to insist on a one-word translation, then if the first type of Tawheed is monotheism, then this type of Tawheed is monotheisting (As in, “Bro, last night, I was hardcore drowning in the multiplicity of this materialistic world.  So then, I started monotheisting and reflecting on every existent’s absolute need for The Pure Existence… and I started crying like a hungry baby with a full diaper begging for my mommy… was legit dude.)

Here then, Tawheed, is not merely the lifeless concept of monotheism, but rather, becomes ‘proclaiming and maintaining the unity of Allah.’

As a verbal noun like speaking, teaching, or defenestrating (you’ll thank me for making you have to look up that one), Tawheed now develops into a living, breathing idea. It transforms into a dynamic, operational, active concept that we can apply in our daily lives.  We shouldn’t just suffice by believing in Tawheed; instead, we must practice Tawheed.  In short, this other type of Tawheed seeks to understand reality, the one and only reality, the true reality, which is none other than Allah.  It’s obvious that no one can truly and fully comprehend Allah in all His might, majesty, and absolute glory; nonetheless, by approaching Tawheed in this manner, our understanding will inshAllah continually become less wrong, less incomplete, and less deficient.

Now, I don’t want to overcomplicate the discussion, but it might be beneficial to mention here that there are different divisions and various ways Tawheed is understood within each of the Islamic disciplines.  For example, the concept of Tawheed of the theologians (mutakallimeen) is worlds apart from the philosophers (hukamaa).  And when either of these two try to wrap their heads around what the gnostics (‘urafaa) say about Tawheed, they end up making their pants najis.  In this (hopefully) ongoing series, we’ll try to unlock some of the mysteries of Tawheed that we may have not come across before in our Sunday school theology classes and have never been mentioned from the pulpit.  Since the topic is vast, arguably the most in-depth topic within the various Islamic sciences, we need to focus our attention on one specific medium of exposition about Tawheed.  Thus, to begin this series, as opposed to digging through the wealth of scholarly works in which they address this topic, we’ll open by surveying different commentaries on Surah at-Tawheed aka Surah al-Ikhlaas.

Say, ‘He is Allah, the One.
Allah is the All-embracing.
He neither begat, nor was begotten,
nor has He any equal.’

Translation of the Commentary (tafseer):

In this beautifully concise yet profound commentary, at-Tusi (q) is trying to tell the story of Tawheed through this surah, specifically the last two verses.  If you wanted to try to make a direct comparison to Allah and say that some X entity is just like Allah, you could do it in one of two ways.  You could say that this thing X is just like Allah in terms of what it is, how it’s defined, and how it’s known and understood (aka it’s quiddity).  For example, let’s say someone told you they ate this delicious new food that was just like pizza.  Pizza is a triangular-shaped food with sauce and cheese baked on dough.  This new food that your friend tried is similar in that sense that it’s also a triangle, has sauce, cheese, and is baked on dough.  There’s obviously something that differentiates it from pizza, otherwise he would’ve just called it pizza.  Likewise, someone might try to compare Allah to this X entity because of the kind of similarities they think exist between them.

The other way you can compare Allah to something else is not by how you define it, but instead by what it is capable of or what existential powers it has.

Let’s think about our human minds and what we’re capable of versus what a hypothetical artificially intelligent computer system can do.  In my mind, I can create and destroy images as I like.  I can imagine a silver car with 8 wheels, then change it to green, then make it a truck, then turn it into a stuffed crust pizza (don’t ask me why I keep going back to pizza analogies).  I can bring these mental pictures into existence, change them, and destroy them at will.  These are some of our existential abilities.  A normal computer program can only perform the same types of actions if a programmer codes it that way and commands it to do so.  But, this newly created A.I. can perform this type of image creation, transformation, and deletion all on its own.  So in that sense, it acts like a human, hence artificially intelligent because of its similar powers and capabilities.  We’re not saying that it’s human-like because of what it is, but rather because of what it does.  Similarly, you might think of Mr. X entity being similar to Allah or god-like because of what it can do, like create, destroy, etc…

Now, whether this X entity is compared to Allah in terms of what it is or what it does, there are only 3 possibilities regarding how it came into being:

Khawjah Naseer ad-Deen at-Tusi (q) shows that the verse He neither begat rejects the first opinion.  Allah shouldn’t be thought of as a parent that can give birth to some sort of child-god.  To deny the second possibility, he uses nor was begotten.  Allah had no cause, no parent himself that gave Him existence.  And finally, nor has He any equal, seals the deal by canceling out the third type.  Through this elaboration, it becomes clear that in no way, shape, or form can anything at all, ever, be compared to Allah in the slightest manner.  These four verses take us through the three rational possibilities that could have possibly been conceived and then absolutely eliminates them.

You may ask, “but why is this the case?  What are the proofs?”  These questions are answered in their respective places in the books of our theologians and philosophers.  InshAllah, perhaps we can go through them in a separate article.

This article was written by Saiyid Hasan Ali Rizvi for Iqra Online. To read the original article, click here. 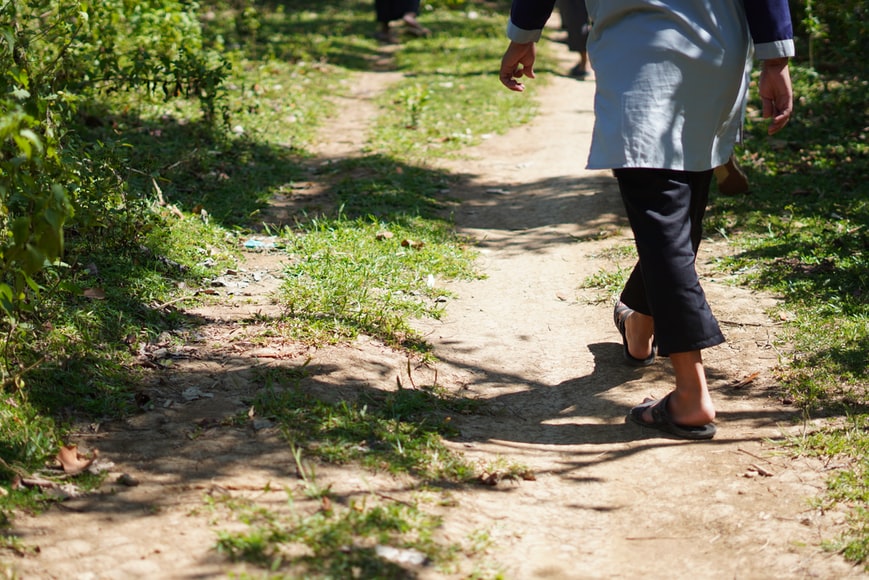 The Unknown Future and Our Ultimate Dependency on Allah

Exploring the Art of Writing for Emotional Wellness