Letter 53 of Nahjul Balagha by Imam Ali is one of the most eloquent pieces of literature I have ever read. In it, he writes to Malik al-Ashtar (who governs Egypt on his behalf), and gives him advice on how to treat the people. When I was appointed Head of Department in my school, I read this letter in order to learn how to lead people ethically. It is my manifesto on how to treat people in my workplace and beyond.

When one reads this masterpiece, it would not even seem too far to suggest that this letter could solve the world’s problems in its turmoil today; it should resonate with any human with a conscience that is alive. It is no wonder then that Kofi Annan, secretary-general of the United Nations at the time, referenced it in a statement on the fiftieth anniversary of the declaration of Human Rights. The beauty of this letter is in the fact that it is universal, timeless and can be applied in any walk of life, whether you are in a position of leadership or not.

Here are 14 pieces of advice from the letter that we can all implement, especially if you are in a position of leadership.

1. Even if you are a leader, you are just a servant of God

“This is what Allah’s servant `Ali, Amir al-mu’minin (commander of the believers), has ordered Malik ibn al-Harith al-Ashtar in his instrument (of appointment) for him when he made him Governor of Egypt…”

Imam Ali opens with pure humility. Although the leader of a vast empire, Imam Ali reminds everyone that there is no power except God and that he is nothing but the servant of God. Imam Ali is often the master of bringing people back down to earth and he does so in a subtle way here by reminding himself of his position. This is God’s chosen leader on earth yet he is humbling himself before his Lord. Even later in the letter, Imam Ali reiterates this and says not to consider yourself too powerful, because there is a bigger Power above you. It doesn’t matter if you are a CEO of an international company, remember your Lord and this will humble you.

“Then, know, O Malik, that I have sent you to an area where there have been governments before you, both just as well as oppressive. People will now watch your dealings as you used to watch the dealings of the rulers before you…”

Imam Ali reminds Malik not to forget previous leaders. When you enter a new environment, it is imperative you are aware of what you are following. People may be sceptical towards you because you are going to be another let-down or, alternatively, you will not live up to the greatness of the previous person. Imam Ali is reminding us not to take the people’s scepticism to heart. Instead, it should motivate you to be better than what was before you.

3. We are all humans that make mistakes; be forgiving

“They are of two kinds, either your brother in religion or one like you in creation. They will commit slips and encounter mistakes. They may act wrongly, wilfully or by neglect. So, extend to them your forgiveness and pardon, in the same way as you would like Allah to extend His forgiveness and pardon to you…”

He then says arguably his most famous quote, but what he says right after should not be ignored. The first part of this quote should be imprinted outside every place of worship. Imam Ali takes off the lenses that separates people based on religion. If we aren’t linked through religion, we are linked through humanness. When one realises this, it is then we can treat each other with respect and mercy. Regardless of what worldview you belong to, you will make mistakes. Imam Ali says to be a forgiving person because we all want God to be forgiving towards us in light of our mistakes. We must mirror the attributes of God to our human capability.

4. Remove negative people from your circle

“The one among the people under you who is furthest from you and the worst of them in your view should be he who is the most inquisitive of the shortcomings of the people, because people do have shortcomings and the ruler is the most appropriate person to cover them.”

Imam Ali says that these people are no good for you. We all know people whose sole purpose on the earth seems to be to criticise people and expose their faults. These people should not be near you. As a leader you, you are the safety net of the people who work for you. Your job is to make sure they flourish in a positive environment and if they have any shortcomings, you keep them in house. Having people in your circle that exposes the faults to others weakens your team and creates an environment of mistrust.

“Unfasten every knot of hatred in the people and cut away from yourself the cause of every enmity.”

Imam orders Malik to cut ties with any form of hatred, both its root and manifestation. This ties into Imam Ali’s earlier idea of seeing everyone as a human. Once we do that, we can get rid of hatred that causes barriers between people. That is not enough though. Imam says to completely cut off from people and causes that are allowing hatred to occur. In the contemporary world, hatred exists due to several things; religion, race, culture, country etc. These things should not cause hate and if they are, quash them.

6. Equality and justice are not the same thing

The Imam gives a very interesting piece of advice. When first reading this, one may be outraged and think Imam Ali is saying not to treat people equally. Well, let us think about this. Imam is telling us that if you treat those who do good and those who do bad the same way, it will leave you without a moral standard. The good will be discouraged from doing further good when they see that those who do bad are getting the same treatment. The bad will not be reprimanded and will continue to act immoral. Yes, all are equal in rights but the stance between moral and immoral must be clear in how you react to each type of person. This is justice.

“Do not discontinue the good practices which the earlier people of this community had acted upon, by virtue of which there was general unity and through which the subjects prospered.”

It is tempting to come in all guns blazing and impose what you want to. It is like when a football manager is appointed at a new club and completely changes the philosophy straight away. This usually ends badly. Imam Ali says not to do this. Why stop something that is working and is keeping the people happy and united?

8. Everyone is a small cog in a big machine

“Know that the people consist of classes who prosper only with the help of one another, and they are not independent of one another.”

When leading a group of people or an organisation, everyone has a role to play from those at the top to those doing the hands-on jobs. Imam Ali says all these roles are important and if one is devalued, the whole body is devalued. This is a clear indication of team-ethic that the Imam is promoting and ensuring everyone is working together.

9. Always give people the credit they deserve

We have all experienced a situation where someone else gets the credit for the work you have done. Some people are able to get over this as they don’t work for praise or credit. However, Imam Ali says a leader should not be someone who is stingy in praising and rewarding the people that work for them. It is such a good feeling when your boss gives you credit for something you done or, conversely, ignores your hard work. Interestingly, he later states in the letter to make sure you pay people well for doing important jobs because they deserve it.

10. Never treat people favourably due to relationship with you

“Give them appointment after tests and do not appoint them according to partiality or favouritism, because these two things constitute sources of injustice and unfairness.”

One of the worst things in the society is people getting favourable treatment due to their relationship with powerful people. Islamic history is full of this as well as in contemporary society. Imam Ali, the voice of human justice, warns against nepotism and cronyism. Appoint people well qualified to do the job, not because they are your friend or relation. This is a true test of someone in a position of leadership since not giving favours to your close ones may turn their opinion of you into a negative one. Yet, Imam says you must uphold justice regardless. Remember Imam Ali’s reaction when his brother Aqeel asked him for extra money from the treasury? This is a consistent trait he holds.

“Fix a time for complainants wherein you make yourself free for them, and sit for them in common audience and feel humble therein for the sake of Allah who created you. (On that occasion) you should keep away your army and your assistants such as the guards and the police so that anyone who like to speak may speak to you without fear…”

As humans, we all love to hear our praises be sung. However, the most successful leaders want to know how to improve. Imam Ali emphasises this but look at the beauty of how he also describes what environment to do this in. When people air their grievances to you, make them feel as comfortable as possible and remove any obstacles that will stop them from not expressing their true feelings. This will also humble you as a leader.

“Do not keep yourself secluded from the people for a long time, because the seclusion of those in authority from the subjects is a kind of narrow-sightedness and causes ignorance about their affairs.”

Being an invisible leader creates an environment of mistrust. People will ask questions as to what is going on behind closed doors and question how things are being run. How demeaning is it when your boss doesn’t even know your name? Keep an open-door policy; mingling with the people you lead will ensure that you are aware of what is going on as well as them seeing you as a human being and one of them.

“Do not enter into an agreement which may admit of different interpretations and do not change the interpretation of vague words after the conclusion and confirmation (of the agreement).”

Whether you are sending an email or speaking verbally, be clear in what you say. Islam has a strong tradition of writing things down into contracts with witnesses and Imam Ali continues in this spirit. This is so there is no chance of confusion should an issue arise at a later time. Ensure you speak in a way in which everyone understands. Eloquence is one thing but confusing jargon to impress people is another.

“Assign every matter its proper place and do every job at the appropriate time.”

Imam Ali instructs Malik to be organised. Give everything a time-slot and be diligent. Being organised is one of the best skills you can have; it will give you a work-life balance, less stress and ensure you get each job done properly. As a leader, if you are organised, the people you lead will mirror this and show more trust in you.

The full letter can be read here. 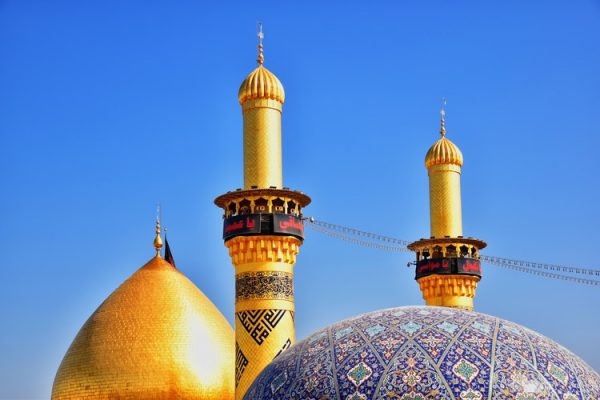 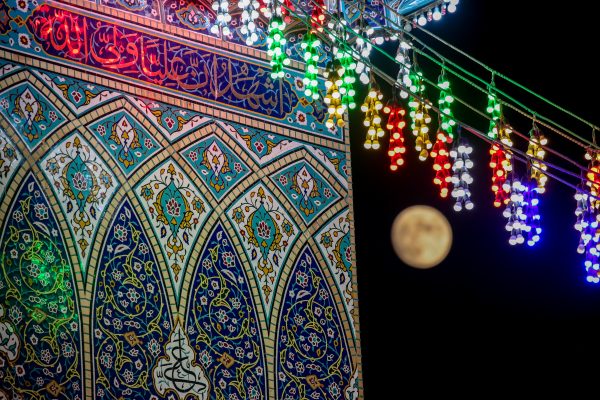 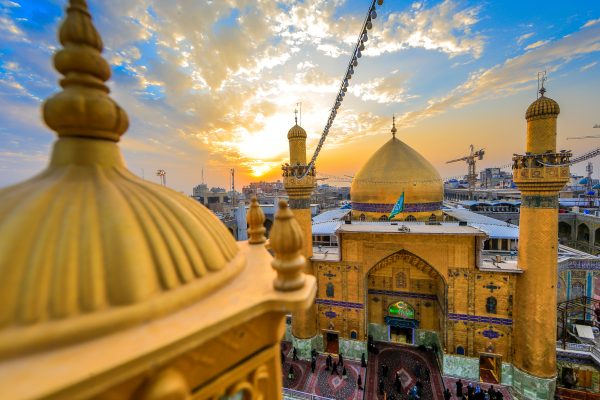 A Historic Look At The Death of Imam Ali