Omar ibn Said: the Islamic scholar who became a slave

Muslim Slave Critique of the United States of America

The main goal of unearthing Omar ibn Said’s work is to give a voice to someone who historically has been silenced. In this, I wish to connect the writings of Omar ibn Said to today’s social and political ills. Also I wish to connect Omar ibn Said to the slavery he was familiar with as a West African scholar and the slavery he found himself victim of in the United States as well. It is also important to remember that Omar ibn Said was a scholar well versed in Arabic and Islamic science. For this, I will attempt to build a bridge between Omar ibn Said’s writings and those of famed Islamic scholar Muhammad al-Ghazali, using his A Thematic Commentary of the Qur’an.

The Life of Omar ibn Said 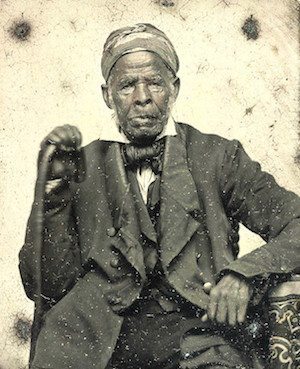 Omar ibn Said was the son of a wealthy father and was born in 1770 in the region of Futa Toro. He would take on Arabic and other Islamic studies and eventually become a teacher of Qur’an in his village. In 1807, he was on a military campaign with a rival tribe and was enslaved. Said, was sent to Charleston, South Carolina; and owned by “Johnson” who, in the words of Said, was “weak, small, and evil”. Said, escaped from Johnson and found himself in the woods of North Carolina where he came upon a house. Omar decided to enter to pray, it can be said Said, had no idea where he was on the social stratification in the United States.

Said would have been familiar with the slave system in Islamic West Africa, which is described by Sylviane Diouf in her book Servants of Allah: African Muslim enslaved in the Americas. According to Diouf, slaves in many African societies lived with the families or in a near by village. This form of slavery resembled European serfdom more so than American chattel slavery. As far as slavery in an Islamic context, Said knew he was a prisoner of war, and never seemed to question his enslavement but only his treatment as a slave.

Returning to Omar ibn Said’s life, after he entered the house he was later arrested and placed in a jail in Fayetteville, North Carolina. In the cell there was a pile of coal. With this coal he would write Qur’an verses on the jailhouse walls. It should be noted that West Africa had no concept of jails, this would be another foreign concept to Omar ibn Said. Said became a local celebrity of sorts and caught the attention of General James Owen of North Carolina. It was under the ownership of James Owen that Said openly converted to Christianity. He was even gifted an Arabic Bible by Francis Scott Key (Key and Said had exchanged letters in 1819. In one of these letters Said wrote Key, Surah Nasr(The Victory). The conversion of Said has been questioned by many historians and scholars such as Ala Alryyes but, this shall be covered later.

Omar ibn Said starts his autobiography with a written passage of Surah Mulk, which he writes from memory:

[He] who created death and life to test you [as to] which of you is best in deed – and He is the Exalted in Might, the Forgiving – Surah Mulk, Ayat 2

It is important to remember that Said was very aware of the social importance of the message within Surah Mulk. For a deeper understanding of Surah Mulk, it is key to examine the work of Shaykh al-Ghazali and his commentary on Surah Mulk. Ghazali says, that in societies there is a widespread issue of corruption and greed. One can wonder what was running through the mind of Omar ibn Said when he was subjected to chattel slavery and saw others treated the same way. Ghazali also says that Surah Mulk serves as a warning and many prophets have been sent to societies to warn those of their transgressions. Islamic theology places a difference between one who is a prophet, a messenger, and someone who comes to warn a society.

It is very possible that Omar ibn Said saw himself as a messenger who was delivering a message to a country that was ignorant of Islam. Taking on this role as a “warner” it is very feasible, as how else could Omar challenge this society he saw himself in? Islam seems to be the microscope in which Said had to study American society through. He seems to take on a very religious tone in many sections of his writings:

Said, throughout his writings, calls the citizens of America and asks if there are people like the Owen family. He said that he ate what they (the Owens) ate, and wore what they (the Owens) wore. Said, refers to the Owen family as a “good generation”, and names the parents of Jim and John Owen as Tom and Nell. Said, goes on to name the wife of Jim as Betsey and their children. He also includes the wife of John, Lucy and their children.

As Said, labeled the Owens as a very good generation, he is also saying something about the overall condition that he found himself in. Plucked from his home and placed in a society which was unknown to him, his first encounter with white people was during his initial enslavement and journey through the transatlantic slave trade, an ordeal he leaves out of his writings. Next, he falls under the ownership of Johnson who, Said called evil. When he escapes he enters a house owned by a white family who then has him arrested. Said, until the point he was bought by the Owens knew only violence and mistreatment from white Americans. This is not to label the Owens as humane slave owners but, in context, it is important to understand the mutual trust that was built between Said and the Owens.

It is also interesting to note, Omar ibn Said never referred to Christians as “kafir” or unbelievers. He reserved this label for people not based on their religion but, based on their actions. He referred to his first owner, who mistreated him as “kaffir.” The act of being owned, was not the basis of disbelief  Omar ibn Said, as a slave and scholar seems to be able to different between a non-Muslims who is simply, of a different religion and a person who is a “kafir.” He does not use the term to blanket anyone outside of Islam.

Another interesting aspect of the life of Said, is that he openly converted to Christianity. In his own words he says, “Before I came to this Christian country my religion was/is (translation debate) the religion of Muhammad. Said goes on to list what he did whilst a Muslim in his homeland; giving alms, praying five times a day, and even going on pilgrimage to Mecca. Interestingly even as Said looks back to his time as a Muslim and details his practices he uses the word “Allah.” Said constructs sentences such as:

“ …open my heart to The Bible, to the path of righteousness. Praise be to Allah Lord of the Worlds.”

If we place this sentence in today’s context from the same source, undoubtedly this would be a confusing sentence. A former Muslim who by all means, is still a scholar of Islam,  who converted to Christianity, seems to be trying to double down on religion. Said, in his biography, writes Al-Fatiha and says this how he used to pray. Then goes on to write the Lord’s Prayer as if to say he now prays(like this).

The question remains is why would Omar convert and not mean it? The question is why would any minority conform to the ideals of the majority? Social acceptance and better treatment are a few reasons in general many minorities chose to conform. The resistance, for Omar ibn Said, comes in his writing. Said had access to Arabic Bibles which he could copy from and begin his autobiography with, but he chose Surah Mulk. The idea that Said would openly profess his Christian faith gives him access to a religious community and a certain social capital. He was able to commune with others on Sunday and feel what he felt as a Muslim back home. Omar ibn Said died in 1864, one year before the Civil War ended, and freedom for Blacks was guaranteed. The life of Omar ibn Said is one of pluralism and resilience, two traits that are a staple of the Black community. 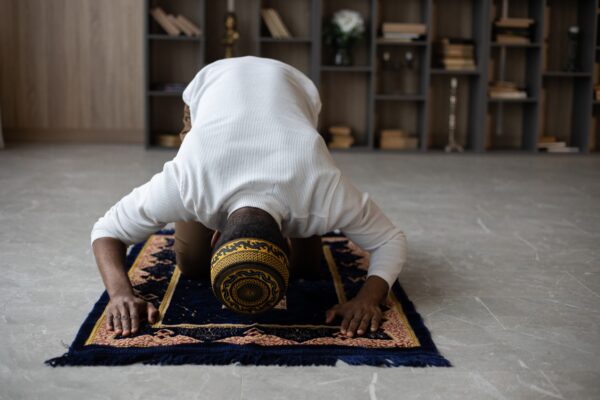 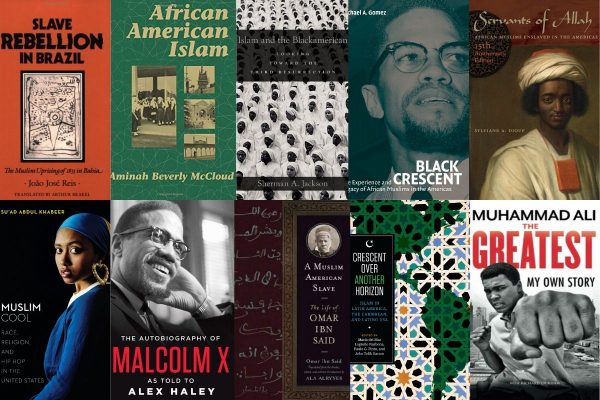