All living creatures great and small are Allah’s (SWT), so Islam honours them all.

All living creatures great and small are Allah’s (SWT), so Islam honours them all.

Animals hold a special place in Islam. They are Allah’s (SWT) creations just as we are, and they too worship Him each day in their own way. They are our earthly companions and we have been placed as caretakers to look after them, which is why everyone who practices Islam knows that it is our duty to honour animals and treat them with compassion.

The Prophet (ﷺ) himself deeply respected animals and taught his followers to do the same. He (ﷺ) said, “If someone kills so much as a sparrow, or anything larger, without a just cause, Allah Almighty will ask him about it on the Day of Resurrection.” (Nasai)

There are more than 200 verses in the Qur’an dealing with animals and six chapters of the Qur’an are named after animals or insects, such as Surah Baqarah, the second chapter in the Quran, called ‘The Cattle’. The Holy Qur’an, hadiths, and the history of Islam itself show us that extending gentleness and mercy for the animals around us is Allah’s (SWT) will.

Our faith is also explicit that animals must not be harmed or killed unjustly. In fact, those who harm animals will receive punishment in the afterlife, while those who show them kindness will be greatly rewarded. The same respect for animals is required during the Qurbani sacrifice, which Islam prescribes clear guidelines for.

On Eid ul-Adha, Muslims from all corners of the world will carry out their obligation of Qurbani, but there are certain requirements for how to humanly carry out this sacrifice. The Prophet (ﷺ) was very clear about this and gave us instructions on how to slaughter animals in Islam. He (ﷺ) said, “Verily Allah has enjoined goodness to everything; so when you kill, kill in a good way and when you slaughter, slaughter in a good way. So every one of you should sharpen his knife, and let the slaughtered animal die comfortably.” (Muslim) 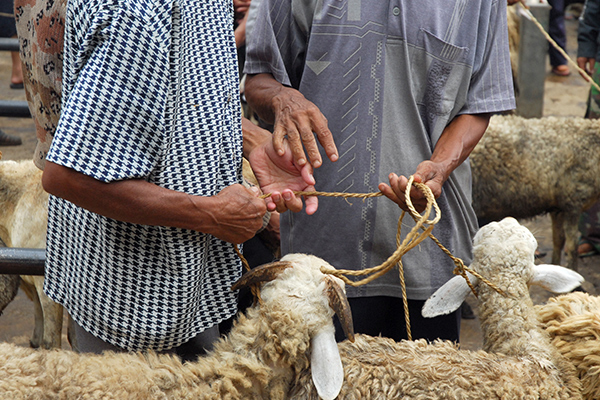 In order to slaughter animals in a humane manner, according to Islamic rule, we must first set our intentions and assure that the animals have been well fed and cared for before carrying out the sacrifice. The animals used must be of a certain age before they can be sacrificed as well. Sheep and goats must be over 1 year old, cattle over 2 years old, and camel over 5 years old. The animal must not have any defects that would make them unfit for human consumption. These include: being weak, blind, physically disabled, or those who are young, have broken horns or no teeth.

The knife that is being used for the halal slaughter should be razor sharp so that it does not prolong the animal’s death, and it should not be sharpened in front of the animal. Once the Prophet (ﷺ) saw someone sharpening their knife in front of an animal that he was about to sacrifice so he said, “Do you intend inflicting death on the animal twice—once by sharpening the knife within its sight and once by cutting its throat?” (Muslim)

After assuring that the animal is in a good, healthy condition and that it has not been caused any undue stress before their sacrifice, they should be laid so that their neck is facing the Qibla for slaughter. The sharp knife should then be used to swiftly cut the windpipe, the gullet and the two jugular veins, in no more than three strokes, being careful not to sever the entire head.

After the slaughter, all meat must be hygienically handled and packaged before being distributed to the beneficiaries. The meat and offal should also be kept separate and refrigerated as soon as possible, where needed.

Knowing how to slaughter animals for Qurbani is of utmost importance because when an animal dies they return to Allah (SWT) in Jannah and He will be the one to judge you for your actions towards them on the Day of Resurrection. 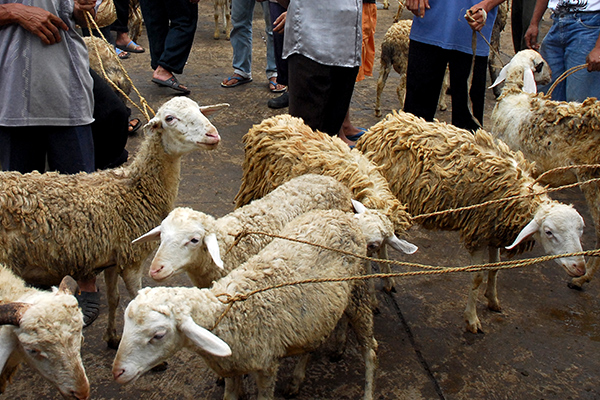 Properly carrying out a Qurbani sacrifice can be a little tricky, which is why trusted Islamic charities like Penny Appeal are here to help those of us who are eligible to offer our Qurbani. Knowing how to slaughter a Qurbani animal, having the experience to ensure the animals are calm, having the correct equipment, knowing the age of the Qurbani animal, the dua and the requirements, Penny Appeal is able to ensure your sacrifice is carried out to the highest of standards.

Penny Appeal is a trusted charity when it comes to Qurbani, as they have been honouring the Prophet Ibrahim’s (AS) tradition for over 10 years now. Penny Appeal is well versed in delivering this service to millions of Muslims globally with the ethics of Islam in mind. In fact, last year they provided Qurbani meat to an amazing 6 million people, Alhamdulillah!

Penny Appeal takes every care when delivering on your Qurbani, it is a duty they take seriously because the Prophet (ﷺ) took it seriously. This year they will once again be working across Asia and Africa to feed those most vulnerable at Eid to ensure they get to feel some joy, just as we all do. A single Qurbani donation with Penny Appeal is only £29 and can provide protein-filled, nutritious food for up to 57 people.

If you would like to donate your Qurbani with Penny Appeal, visit the website here and offer your Qurbani in Asia, Africa or even here at home in the UK. 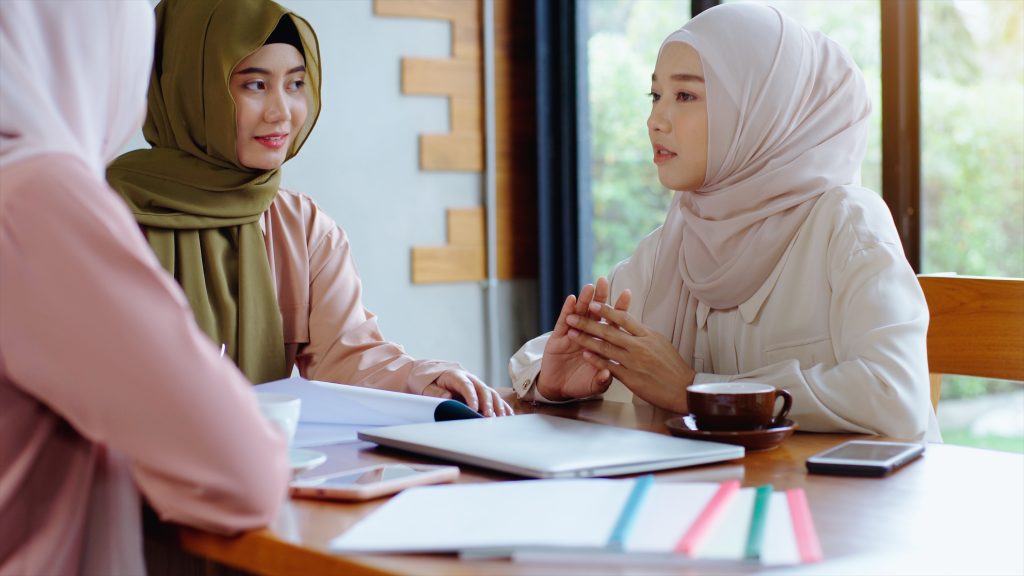 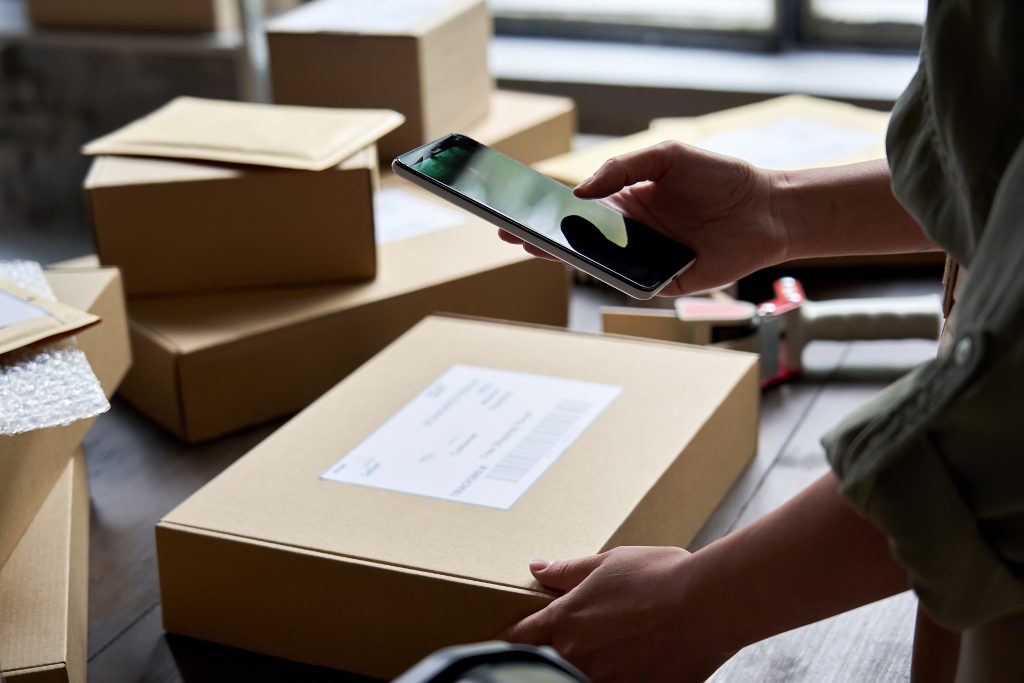 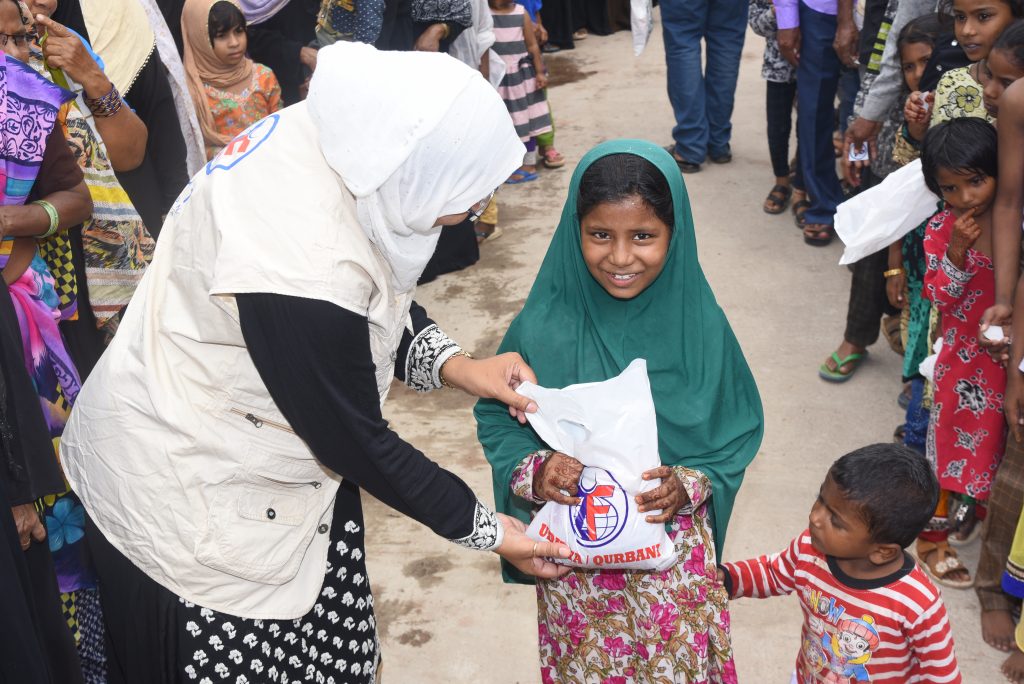