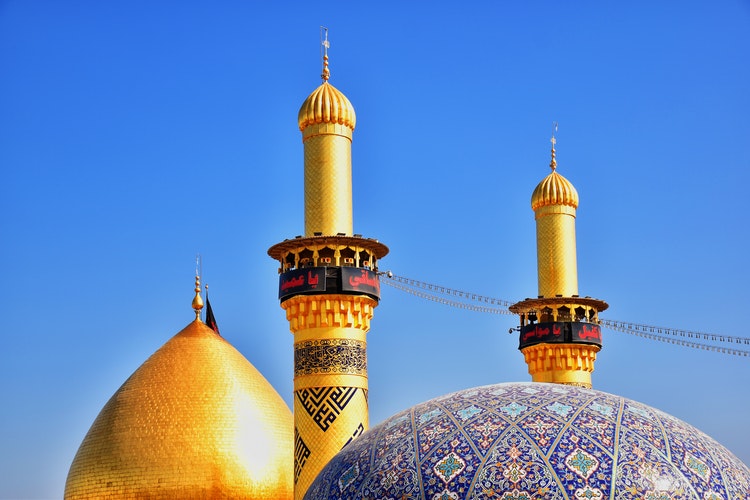 In these series of short articles I aim to take a closer look at the messages within speeches/ sermons/ letters/ books/ hadith etc and try to extract small yet potent parts, which we can use in our daily routine. We often hear about these Holy Scriptures and texts when we listen to a lecture or from a scholar of faith, but generally it kind-of stops there for many of us. If we do remember, it only appeals to us when we make time to read…so here are a few hand-picked messages which I feel can be used by each and every one of us from when we wake up in the morning all the way till we fall back down on our beds to sleep.

I have looked at the first 25 sermons from Nahjul Balagha and have tried to extract some important points, which we can apply to our lives.

“If I speak out they would call me greedy towards power but if I keep quiet they would say I was afraid of death.”[i]

You will always have people who will complain about you doing something in a certain way because human nature is such, in some people. Do what you have to do, do it to the best of your ability and then try and take positive criticism for improvement but don’t get bogged down by people’s negativities.

2. There is a time for everything…don’t run before you can walk

“Prosperous is one who rises with wings (i.e. when he has power) or else remains peaceful and others enjoy ease…One who plucks fruits before ripening is like one who cultivated in another’s field.”[ii]

Not getting the promotion you wanted/ getting the job you’ve applied for? When the time is right, with Allah (s.w.t.) by your side everything will work out. Conversely some people complain they aren’t getting anywhere but aren’t putting in the effort themselves! Be patient…but prudent. If you see an opportunity at school or university to enter into a competition or conference take it! New course running at work? Broaden your horizons and network with others, be pro-active on your own and Allah (s.w.t.) will open doors for you that you never knew existed.

“It is a pity that after all the ups and downs (I have been through). By Allah the son of Abu Talib is more familiar with death than an infant with the breast of its mother. I have hidden knowledge, if I disclose it you will start trembling like ropes in deep wells.”[iii]

No matter what the day throws at you or what you’ve been through, try and remember the plight of Imam Ali (a.s.) and the rest of the AhlulBayt, take strength from their resilience in times of hardships. Try and do your best to make every day better than the last.

4. Be steadfast in your religion

“Mountains may move from their position but you should not move from yours. Grit your teeth. Lend to Allah your head. Plant your feet firmly on the ground.”[iv]

This was said in the Battle of Jamal by Imam Ali (a.s.). Such powerful words for such a momentous occasion… X-mas party coming up or peer pressure at university pressurising you to bend your principles to fit into the norm? Don’t be scared to say no.

“He sits amongst people as a judge responsible for solving whatever is confusing to the others…He is ignorant, wandering astray in ignorance and riding on carriages aimlessly moving in darkness.”[v]

Go into university/ work with a relaxed mind, try and say that you will concentrate on yourself from now on and take from others, that which will benefit you, rather than disregarding what they say due to your judgment of them. (Check here for more on this.)

6. Always be open to new ideas

“Among all the people most detested before Allah are two persons. One who is devoted to himself…He did not try to find the reality of knowledge…The other man is he who has picked up ignorance…Whatever he does not know he does not regard it worth knowing.”[vi]

Always try to gain more knowledge. Refrain from being narrow-minded and ignorant. Stick to your own principles but keep yourself open to improvement and constant development. That being said; don’t get yourself into matters which don’t concern you… “He who involves himself in matters without considering the consequences exposes himself to troubles”.[vii]

7. Drop your bad habits and stop the procrastination

“If you could see that (which) has been seen by those of you who have died, you would be puzzled and troubled. Then you would have listened and obeyed; but what they have seen is yet curtained off from you. Shortly, the curtain would be thrown off. You have been shown, provided you see and you have been made to listen provided you listen, and you have been guided if you accept guidance. I spoke unto you with truth. You have been called aloud by (instructive) examples and warned through items full of warnings. After the heavenly messengers (angels), only man can convey message from Allah. (So what I am conveying is from Allah).”[viii]

Make every day a day to improve yourself in one manner or another, no matter how small you think it is. “Work for this life as though you are going to live forever. Work for the Next life as though you will die tomorrow.”[ix]  Time does not stop for anyone- if you have a bad habit then make sure you start acting from NOW to promise yourself you will take actions to stop it. You don’t know what is going to be your last day on this earth, so try not to put things off, which you can do right now when you have the chance. Build relations with your family, do things to progress your faith before it is too late and (make…if you haven’t already…then) tick off your bucket list! “He whom death overtakes early calls for more time, and he whose death is deferred continues to put forth excuses with further procrastination.”[x] As a student I am the first to hold my hands up to procrastinating for revising or writing up notes etc. but “Beware of procrastination for verily it is the sea in which losers drown.”[xi]

“Your aim (reward or punishment) is before you. Behind your back is the hour (of resurrection), which is driving you on. Keep (yourself) light and overtake (the forward ones). Your last ones are being awaited by the first ones (who have preceded).”[xii]

Remember your ultimate goal in life is success in religion and meeting your Lord with that element of peace. In such small words Imam Ali (a.s.) has made life so simple and has put it in a nutshell where we know what our aims are, we know our obstacles as well as our final destination; so keep working towards that. Let the day of resurrection drive you on to achieve accolades in this world as well as nourish your soul at the same time for the hereafter. By reminding yourself of your ultimate aims in life, you will keep yourself grounded and have a clear path so that you can tackle any issue or problem you have with distinction and a clear solution. “Let go of your pride, put down your arrogance, and remember your grave.”[xiii] 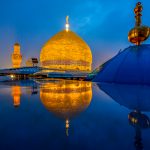 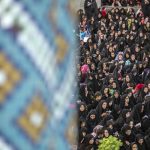 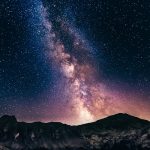 10 inspirational verses from the Holy Quran to give you hope