Ramadan Reflections: The Legacy Of Lady Maryam In Our Fasting

Ramadan Reflections: The Legacy Of Lady Maryam In Our Fasting

The kind of fast Mary was asked to observe had nothing to do with abstaining from food. It was a superior form of fasting which she observed by weaving a cocoon of quietude around her. 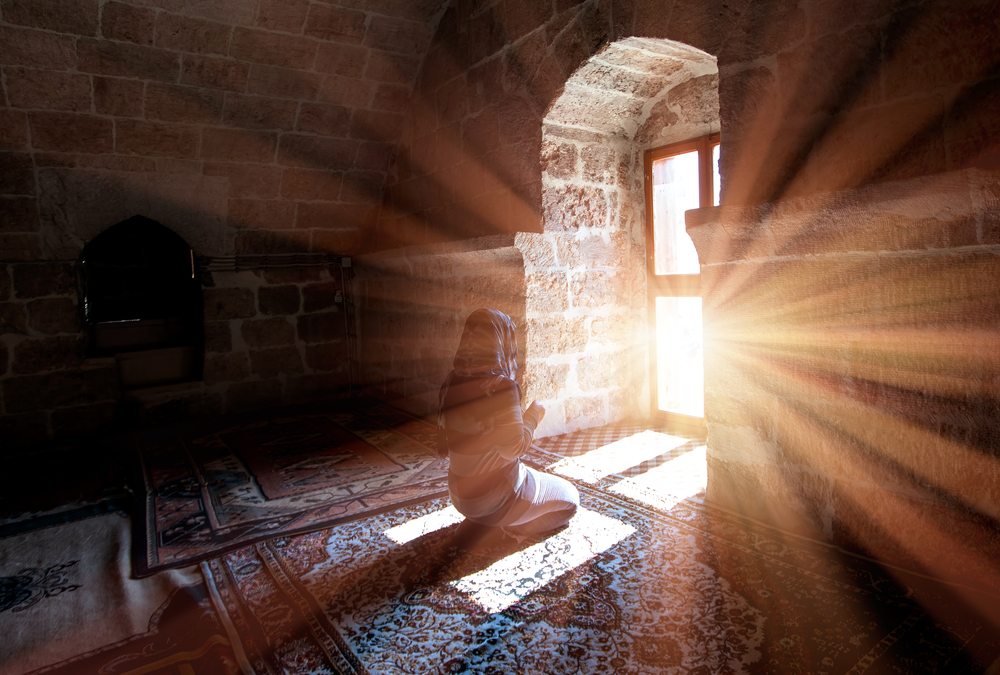 The kind of fast Mary was asked to observe had nothing to do with abstaining from food. It was a superior form of fasting which she observed by weaving a cocoon of quietude around her.

The kind of fast Mary was asked to observe had nothing to do with abstaining from food. It was a superior form of fasting which she observed by weaving a cocoon of quietude around her. Ramadan is an occasion to celebrate the beauty of silence over the cacophonous monotony surrounding us today -sounds and furies signifying nothing

Mary’s silence is a lesson for us all

She hobbled irresolutely in that barren and desolate land, her mind caught up in a whirling vortex of emotions. The pang of childbirth coupled with the ignominy it might bring about had made her at her wit’s end. The double whammy of agonizing labour pain and humiliation of ‘illicit’ pregnancy was totally unbearable for a woman like her who hailed from a noble family.  She went to the extent of cursing her existence and wished as if she were a thing of the ‘forgotten past’ so that nobody would remember her or talk about her. But a soothing voice came as if from nowhere asking her not to sorrow and offering her water and food in abundance. She was asked to shake the palm-trunk in the desert so that fresh and ripe dates shall come tumbling upon her. “Eat, and drink, and be comforted,” the voice told her.

That was Maryam (Mary), as depicted in the Quran, going through the toughest time in her life just before the miraculous birth of her son Jesus. But she was told to overcome this tribulation by observing a particular kind of fast. The voice told her, “And if you happened to see any mortal, say, ‘I have vowed to the All-Merciful a fast, and today I will not speak to any man’.”  She was eating dates and drinking from the rivulets which sprouted from the barren land exclusively for her, but still she was fasting. The kind of fast Mary was asked to observe had nothing to do with eating and drinking. It was a superior form of fasting which she observed by weaving a cocoon of silence around her and withdrawing to it, by not responding when she was bombarded with distressing questions about her chastity and the father of her newborn. The more silent she became the more provocative could have become their queries. She was undergoing the harshest test in her life.

The pang of childbirth is the most excruciating physical pain for any woman while being slandered with false accusations against chastity is the most mentally humiliating and harrowing experience for her. In the midst of such a severe turbulence, Mary was asked to keep silent irrespective of what others talk about her. Silence was Mary’s fast and it was for her a powerful instrument to defend herself.

From the seclusion of the deserts, Mary came back to meet up the world with a far more powerful weapon – silence.  She observed the fasting of silence in order to train and discipline herself and garner the courage to withstand the challenges awaiting her. With meditative silence, she conquered the awful din of the world.

Mary’s fast of silence in the face of adversity is an indivisible component of our fasting because as the Messenger of Allah says there is no point in abstaining from food and drinks if one does not stop slandering, abusing, backbiting, gossiping etc. Apart from taming appetite, our fasting has another far more important objective of disciplining the tongue.  That is the legacy of Mary in our fast. Ramadan is an occasion to hold our tongue at bay instead of setting it wagging. It is a better time to practice how to keep a civil tongue in our head. To live ‘tongue-tied’ for one month will help us understand the beauty of silence.

Ramadan is an occasion to celebrate the beauty of silence over the cacophonous monotony surrounding us today – sounds and furies signifying nothing. There is not a better quote to conclude this note than the saying of the Messenger of Allah “Let those who believe in God and the Day of Judgment utter good words or remain silent.”

When he emphatically stated that abstention from eating and drinking will be null and void had it not been accompanied by refraining from foul language and evil deeds, the Messenger of Allah was teaching us where the soul of Ibadat lies.

Ibadat (worship) has both its exterior and interior. The beauty and perfection of any act of worship lies in maintaining a proper balance between these two aspects, whether it be compulsory five-time prayer, fasting, pilgrimage, charity or any other activity that can be categorized as an Ibadat. If deprived of soul, they will all end up a travesty of Ibadat with no value at all.

They are like synthetic flowers which you can use to deck out rooms and offices. They are lifeless and do not have genuine fragrance, but serve the purpose of pleasing your guests at your sitting room. Your guest might receive a synthetic bouquet to felicitate him or her without any hesitation, but not God. He will refuse to accept your synthetic offerings, as the Messenger said, “…God does not require his abstaining from eating and drinking.”

There are several factors that constitute the soul of an Ibadat such as intention, dedication, presence of mind, sincerity, commitment and lack of affectation etc. The lack of, or deficiency in, any of these elements is enough to invalidate an act of Ibadat, rendering the time, energy and other sacrifices you made irrelevant. A noted saying of the Messenger which Imam Bukhari and several other Hadith compilers chose to open their volumes with explains how intention reign supreme in all our deeds and words. Even Hijra one of the most testing sacrifices made by the Messenger and his companions was not exempted from this. The person who was the specific target of criticism in this saying migrated to Medina driven by an ambition to marry his fiancee. For this sole reason his Hijra, despite all the sacrifices he made, was invalidated.

A believer who loses the fragrance of her Ibadats is reduced to the existence of a synthetic plant, whose roots are unable to draw water and sustenance from the earth and whose flowers do not attract bees and butterflies. There is no growth, no productivity, and no trace of organism around.

In our media-obsessed world, we are gripped by an urge to celebrate our Ibadats in the full glare of publicity. With even the slightest temptation to impress others with our worship by sharing and tagging, our Ibadat runs the potential risk of turning ‘synthetic’ and thereby being turned down.