During this month, millions of Muslims worldwide perform the major ritual pilgrimage, known as Hajj, and follow in the footsteps of Prophet Ibrahim (peace be upon him) and his family, as they carried out their duty to God.

Prophet Ibrahim (peace be upon him), or Abraham, is the common patriarch of the Abrahamic religions of Islam, Christianity, and Judaism. He is a central figure in all three faiths for rejecting polytheism long before the rise of other monotheistic religions.

In Genesis 22, “God tested Abraham. God said, ‘Take your son, your only son, whom you love— Isaac—and go to the region of Moriah. Sacrifice him there as a burnt offering on a mountain I will  show you.’” Abraham displayed complete obedience and trust in God’s plan even if it did not seem to make sense in the moment because he had faith that God would always fulfill His promise.

Before he slaughtered Isaac, the angel of the Lord stops him, and “Abraham looked up and there in a thicket he saw a ram caught by its horns. He went over and took the ram and sacrificed it as a burnt offering instead of his son.”

‘Then when the boy reached the age to work with him, Abraham said, “O my dear son! I have seen in a dream that I (must) sacrifice you. So tell me what you think.” He replied, “O my dear father! Do as you are commanded. Allah willing, you will find me steadfast.”’ (37:102)

The Ram is mentioned as “a great sacrifice” in both the Islamic tradition and the Bible because it was to serve as a means of fulfilling the intention of an unprecedented sacrifice. Moreover, in Islam, it is obligatory for Muslims to revere Prophet Ibrahim (peace be upon him)’s act of submission to God by sacrificing an animal during the 12th month of the lunar calendar, Dhul Hijjah.

During this month, millions of Muslims worldwide perform the major ritual pilgrimage, known as Hajj, and follow in the footsteps of Prophet Ibrahim (peace be upon him) and his family, as they carried out their duty to God.

In the Jewish tradition, the binding of Isaac as relayed in Genesis 22 is known as Akedah. The story is traditionally read on the second day of Rosh Hashanah and a shofar (ram’s horn) is blown on the holiday as a reminder of how Isaac was spared. For Jews, the story also lays the basis for having established an eternal covenant with God.

Notably, across the three faiths, there is a difference of opinion as to whether it was Prophet Ismaeel (Ishmael) or Prophet Ishaaq (Isaac) who was to be sacrificed. 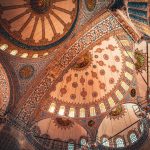 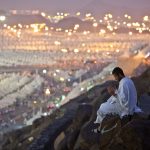 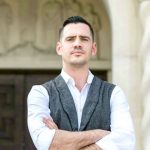