It is a fascinating practice which can only be likened to the ihram of Hajj, where you give up on many of your worldly desires and start a journey of self-purification and spiritual revival.

It is a fascinating practice which can only be likened to the ihram of Hajj, where you give up on many of your worldly desires and start a journey of self-purification and spiritual revival.

“…And We imposed a duty upon Abraham and Ismael, (saying): Purify My house for those who perform Tawaf (Ta’ifeen) and those who are staying [there] (A’kifeen) for worship and those who bow and prostrate [in prayer].” (The Holy Quran 2:125)

Once again the blessed month of Rajab has arrived, and the anticipation for the feast of Allah has started. You may be already thinking: “how can I make the best of the next two months to help prepare for a Ramadhan that’s not just all about hunger and thirst?” If that is the case, then it is your lucky day, because you may have just stumbled upon the perfect method to get you ready for Ramadhan; and that’s through I’tekaf.

Those of us who have lived or visited Muslim countries before are more likely to have heard of the ritual of I’tekaf, but if it doesn’t ring a bell, you’re in for a surprise! It is a fascinating practice which can only be likened to the ihram of Hajj, where you give up on many of your worldly desires and start a journey of self-purification and spiritual revival.

In essence, I’tekaf refers to the act of residing in a mosque for a period of three days or more, during which an individual seeks closeness to Allah (swt) by performing various A’mal (rituals) and refraining from a number of prohibited acts. It may sound simple, but there is a beauty to I’tekaf that makes it so special compared to other rituals in Islam. 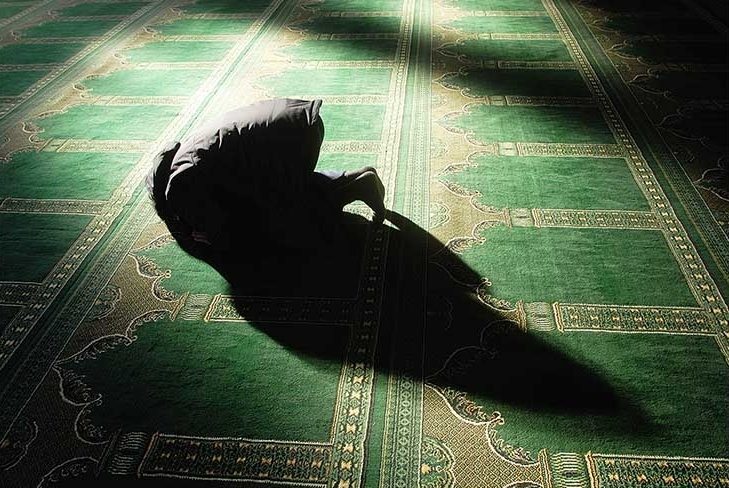 Yes, we have all recited our beloved Quran before; we have all stood shoulder to shoulder next to our brothers and sister in congregational prayers, but each of these A’mal when performed in I’tekaf gain a whole new dimension. Imagine you are on a three-day journey to Allah where each individual A’mal count as a station along a journey that is set to enrich us for the rest of it. That Quran recitation on the back of that beautiful lecture, followed by an inspiring dua and later on by Salatul Layl, all performed amongst other mo’takifeen who have devoted themselves to Allah (swt) for three days… that’s what makes I’tekaf so special. You are no longer in this world, but in a place where none of your daily worries matter.

I’tekaf literally means ‘to stop in a certain place‘, and in the Islamic context it refers to staying in a mosque for a period of three days or more. An individual can do I’tekaf at any time of the year, but the best period is between 13th to 15th of Rajab and during the last ten days of the holy month of Ramadhan. The I’tekaf in Rajab is more common as it is a great way to prepare ourselves for the holy month of Ramadhan.

The beauty and importance of I’tekaf can be seen in the holy Quran, where Allah (swt) mentions in Surah Baqara:

“…And We imposed a duty upon Abraham and Ismael, (saying): Purify My house for those who perform Tawaf (Ta’ifeen) and those who are staying [there] (A’kifeen) for worship and those who bow and prostrate [in prayer].” (2:125)

The word A’kifeen is a reference to those who perform I’tekaf in the house of Allah. This ayah shows that I’tekaf is not an act only introduced by Islam, but one that was practiced by followers of other prophets including prophet Ibrahim (as).

What A’mal must to be performed during the three days?

I’tekaf officially starts at Fajr on 13th of Rajab, and ends at Maghrib on 15th. To be regarded a Mo’takef, it is obligatory for an individual residing in the mosque to fast for each of the three days. A person who is not able to fast for whatever reason, is not able to perform I’tekaf. Apart from this, there are no other obligatory A’mal, but it is highly recommended to recite plenty of Quran and be in constant remembrance of Allah (swt). And of course the last day of I’tekaf in Rajab coincides with the beautiful A’mal of Umm Dawood.

What acts are prohibited?

Leaving the Masjid is not permissible during the state of I’tekaf except for a necessity. Applying perfume and smelling perfume with the intention of deriving pleasure is prohibited, and this act makes I’tekaf null and void and is also a sin. Also prohibited are discussions and arguments both in relation to the world and the faith. This means that a person argues with another to prove that he is better or smarter or that he knows more, etc… However, if a person must argue or debate to uphold the truth and destroy falsehood, it is permissible – and in fact, this is the best form of worship and servitude to Allah (Glory and Greatness be to Him) during this noble state. Buying and selling anything is prohibited, as is deriving pleasure from one’s spouse in any way – holding hands, hugging, kissing, etc… all are completely forbidden in the state of I’tekaf. If any of these things are performed, one’s I’tekaf becomes void.

What do we aim to achieve?

It is also the best time to return back to Allah (Glory and Greatness be to Him) in true repentance for our sins committed through the year, and to concentrate on the Words of Allah in the Qur’an, the prayers and supplications used to call upon Him, and all of those things which are related to Him and His Sacred Essence.

I’tekaf is not a three-day holiday from work or school; it is not a time to sit in the Masjid in complete ignorance of ones’ self and his spiritual surroundings; and it is not the venue to pass one’s time in idleness. I’tekaf is not the act of sleeping and snoring in the Masjid and killing time either. Truly, I’tekaf is a three day spiritual retreat to build the self; it is the act of leaving one’s personal house to be in the service of Allah (Glory and Greatness be to Him) and to recognize one’s self in Allah ’s house (the Masjid) while at the same time, being a guest in the House of Allah (Glory and Greatness be to Him), eating His food which He has sent and being around His servants which He has guided.

Where can I perform I’tekaf?

I’tekaf is widely practiced in many of the mosques in Muslim countries. However, in more recent years it has become more common in Western countries. The following is a list of known cities that will host I’tekaf programmes this year between 11th and 13th April. Participants arrive at the mosque on 10th April in the evening, in time to be present for Fajr of 11th. All these events require registration and have limited spaces:

Praying For One Another: The Highest Form Of Love