What is the Significance of Lunar and Solar Eclipses in Islam?

Why are eclipses important, and how do we perform the specific prayer in this time?

Why are eclipses important, and how do we perform the specific prayer in this time?

A solar eclipse is a celestial event in which the Moon passes between the Sun and Earth and blocks all or part of the sun for up to about three hours, from beginning to end, as viewed from a given location. A lunar eclipse, on the other hand, is when the Moon moves in the shadow of the Earth – and this only occurs when the Sun, Moon, and Earth are exactly (or very closely) aligned with the Earth between the Sun and the Moon. 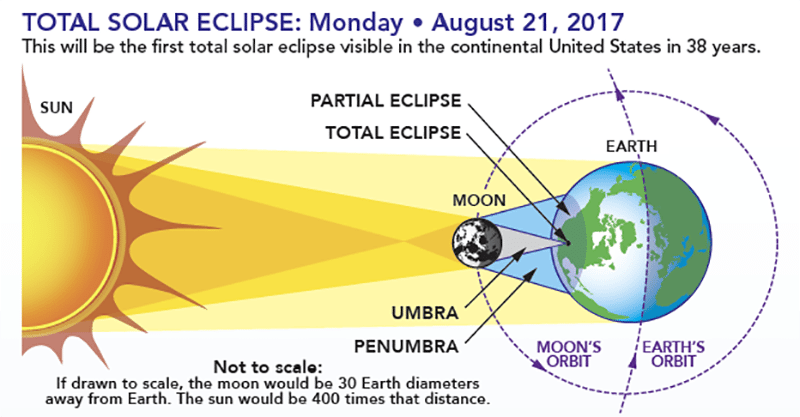 So what is the significance of solar/lunar eclipses in the religion of Islam? It is narrated that during the lifetime of the Prophet Muhammad (peace be upon him), there was a solar eclipse on the day that one of his sons died. Some people suggested that the Sun eclipsed because of the young child’s death and the Prophet’s sadness on that day. However, the Holy Prophet corrected this for the people and is reported to have said:

The sun and the moon are two signs among the signs of Allah. They do not eclipse because of someone’s death or life. So when you see them, invoke Allah and pray till the eclipse is clear.”

As such, during the time of kusuf (an eclipse), Muslims are to perform a specific prayer called Salatul Ayaat. This prayer is recommended according to some schools, and considered obligatory according to others. An ayah means something which is a proof or a sign of Allah’s majesty. The very name of this prayer suggests that the Sun and the Moon, alongside the eclipse of either one of them, is proof of His creation. This is supported by the following verse from the Holy Quran:

And among His signs are the night and day and the sun and the moon; do not prostrate to the sun or to the moon, and prostrate to Allah who created them, if it is Him that you serve.”

With this, an eclipse may frighten some people, especially in cases where it is expected that the sky will be partially darkened during daylight hours. It is prescribed that during times of fear, people should turn towards Allah (swt) and pray to Him and glorify His majesty, as suggested in the above-mentioned quote from the Holy Prophet.

Further to this, this feeling of fear may also stem from the fact that an eclipse is believed to be one of the signs of the Day of Judgment and the end of times approaching mankind. As such, this prayer should serve as a reminder for us that every day is one day closer to that day and that we should be aware of our actions and deeds.

Shaykh Nazim Haqqani described the beautiful lessons to be taken on during an eclipse:

There is a lesson in it for us: when the darkness begins to appear, our power is taken, but when the skies start to clear again, that power is returned to us – except, God gives us more power than we had before. When we pray, we receive from God’s light – the light which reinforces the moon – in both a physical and spiritual form. Enrobing us in sweetness and in honour, it heals, taking away the burdens of the faithful; and it revives us. When the skies begin to clean, the light returns to us, taking away our illnesses and our troubles.”

He continued to describe the benefits of this prayer:

Through performing this prayer, patients are gifted health, the mindless are bestowed with reason, wisdom is increased, faith is strengthened and physical strength is granted to the weak. We are enlivened with a fresh power… its benefits are endless, and too much to ever adequately speak about.”

How to perform Salatul Ayaat and when to do so

According to some schools, this salah becomes obligatory on those who are living in a geographical area where a natural phenomenon is occurring, and not for those outside that specified region. If two or more events occur at the same time, then separate prayers need to be performed for each event. This salah can be prayed individually or in a congregation. If prayed in a congregation, instead of Adhan and Iqamah, saying as-Salat three times will suffice.

There are four cases in which Salatul Ayaat is prayed:

The prayer is essentially meant to be offered when a phenomena or disaster raises fear and concern amongst the people.

This prayer consists of 2 rak’ah. According to the Hanafi school of thought, the prayer is simply 2 rak’ah like any other 2 rak’ah prayer.

According to the Maliki, Shafi’i, and Hanbali schools of thought, the prayer is more distinct in that there are 2 ruku in each rak’ah.

According to the Jafari school of thought, there are 5 ruku in each rak’ah, with Surat al-Fatiha recited before the first ruku, and any other Surah recited after each ruku thereafter (this is repeated in the second rak’ah).

For more information on an eclipse, visit this page on NASA’s website.

Mirrors for the Prince
26th January 2022