#SufiComicsSundays – How to be free from bitterness

It happened one evening: I’d just moved to London and was busy settling in, exploring the city, making new friends – the typical things that international students do when they first arrive. I was in a cafe when it happened. Someone put their hands into my coat and stole my things.

At first, I felt violated, then angry, and finally, vengeful. I didn’t know what to do. Eventually, I realized there wasn’t much I could do about it. Even though the robbery didn’t leave me destitute, it still left a scar inside me. Whenever I thought about it, my heart would feel heavy, as if I was carrying a burden inside me. Part of me wanted to forgive and forget, but I just couldn’t. How could I? It wasn’t fair. I had done nothing to offend the robber. I didn’t deserve to be robbed.

I thought forgiving the person who robbed me was giving approval to their action, that it made me weak. Worse, I feared my acceptance equaled encouragement. After all, if everyone forgave their robbers, people would be going around robbing people without fear of consequences. It took me a while to realize, that’s not what forgiveness is about. Forgiveness is a sign of inner strength and the key to have a heart free of burden. 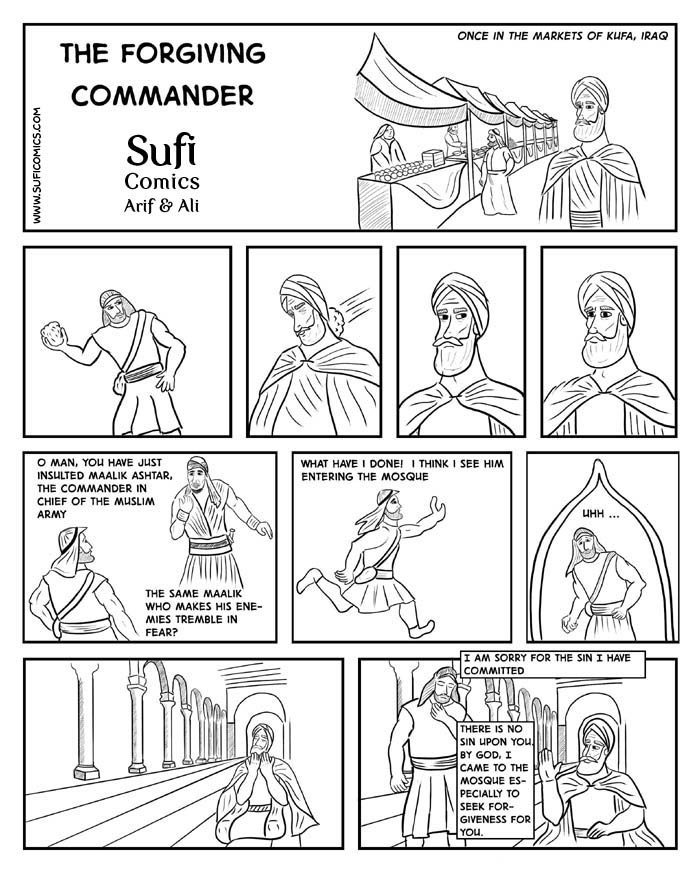 Here are a few important lessons I learned from this story:

1. Forgiving someone does not make me weak.
2. Forgiveness does not equal acceptance of wrong behaviour. It means not letting someone else’s misdeeds adversely affect my life.
3. Forgiveness is a choice.
4. Forgiveness relieves you from the hurt and suffering of the action.

It’s natural to resist forgiving those who’ve wronged you. After all, justice is the right of every human being, but the path of forgiveness is divine.

“Let them forgive and overlook. Do you not wish that God should forgive you? For God is Oft-Forgiving, Most Merciful” (Qur’an 24:22).

We’ve all been wronged at some point in our lives. Sometimes the effects of these events linger on long after they have passed, and we end up carrying the resentment. I know it has happened to me. Perhaps you feel bitter because someone said or did something to you and whenever you think about it your heart feels heavy. You don’t have to carry that burden. You have a choice. You can become free from it, by forgiving the person. Yes, it can be difficult. Depending on the intensity of that event, it may take time.  But by not trying, you’re sentencing yourself to feeling bitter all the time. You’ll become a prisoner of your own painful thoughts.

You don’t have to live like that. Let it go. Forgive.

Sufi Comics
Sufi Comics' aim is to simplify spiritual wisdom from Islamic traditions. They contain nuggets of practical advice to help you to nurture your soul and find inner peace. Get a free copy of 40 Sufi Comics ebook from: http://get.suficomics.com

Appreciating the wisdom from our elders

Death: a beautiful gift for a believer