The 8 books by (or about) Muslims and Immigrants that you need to read this #WorldBookDay!

This is how you understand what it means to be a Muslim and/or an immigrant.

This is how you understand what it means to be a Muslim and/or an immigrant.

For this year’s World Book Day, we have decided to shoot over some of our personal favourites either written by, or about, Muslims and immigrants – two of the most popular buzzwords in the current state of the world. Please note that this list is not exhaustive and that we look forward to your own suggestions in the comments!

1) The Forty Rules of Love by Elif Shafak

For anyone who knows me, they will know that this is my all time favourite book and I am taking credit for a majority of the sales of this novel in London, as I have essentially been walking around and recommending it to everyone I know. The plot moves seamlessly between present day USA and Turkey in the 13th century, telling two seemingly unrelated stories.

It follows the life of Ella Rubenstein (an empty housewife who has it all but has nothing at the same time) and her exchanges with the author of a manuscript that has recently landed on her desk. It tells the story of the poet Rumi and Shams of Tabriz, and how Shams teaches him the forty rules of love. Through these forty rules and the story, Ella ends up on a quest of love and faith in ways I can’t explain without revealing the entire story.

Why you should read it: It teaches you to unlearn all you know, and to relearn the tenets of faith, self-love and the love of those around you. It’s also not one of those cheesy romance stories, so the title is a little misleading with this one. I promise that when you have completed this one, you will reassess a lot of your personal relationships and that of your relationship with God.

Please note that as an avid Shafak fan, I would recommend all of her books but in particular ‘The Architect’s Apprentice.’ Furthermore, she has recently released a new novel which of course, I just purchased. Check it out here!

2) The Reluctant Fundamentalist by Mohsin Hamid

This one became a hit after it was picked up by someone in Hollywood, but we’re the original fans of this novel. Hamid allows for Changez (changes?) to be the sole voice in this novel and through the monologue, we learn more about him. He is a well educated Pakistani who used to work as a financial analyst for a firm in New York. After 9/11 and a failed relationship with his girlfriend, [Am]Erica, his whole life changes and he returns disillusioned and alienated to his home country. He literally becomes the embodiment of the failure of the American dream.

Through this, he discusses his concerns about cultural identity, the overreaching power of America and the victimisation of Pakistan. Further to this, through the fast-paced narrative, it allows us to understand how and why Changez becomes a fundamentalist (or does he?). The novel is deliberately vague and open to interpretation, so I’ll leave that one for you to decide.

Why you should read it: It forces you to pay attention to the way that the American ‘other’ thinks, or at times, is forced to think due to the ongoing marginalisation of anyone who basically doesn’t look like the 45th President of the United States.

Hamid is also due to release another epic novel which has been dubbed as one of the most anticipated novels of 2017. You can pre-order ‘Exit West’ through all good book retailers, or visit The Guardian Bookshop here. 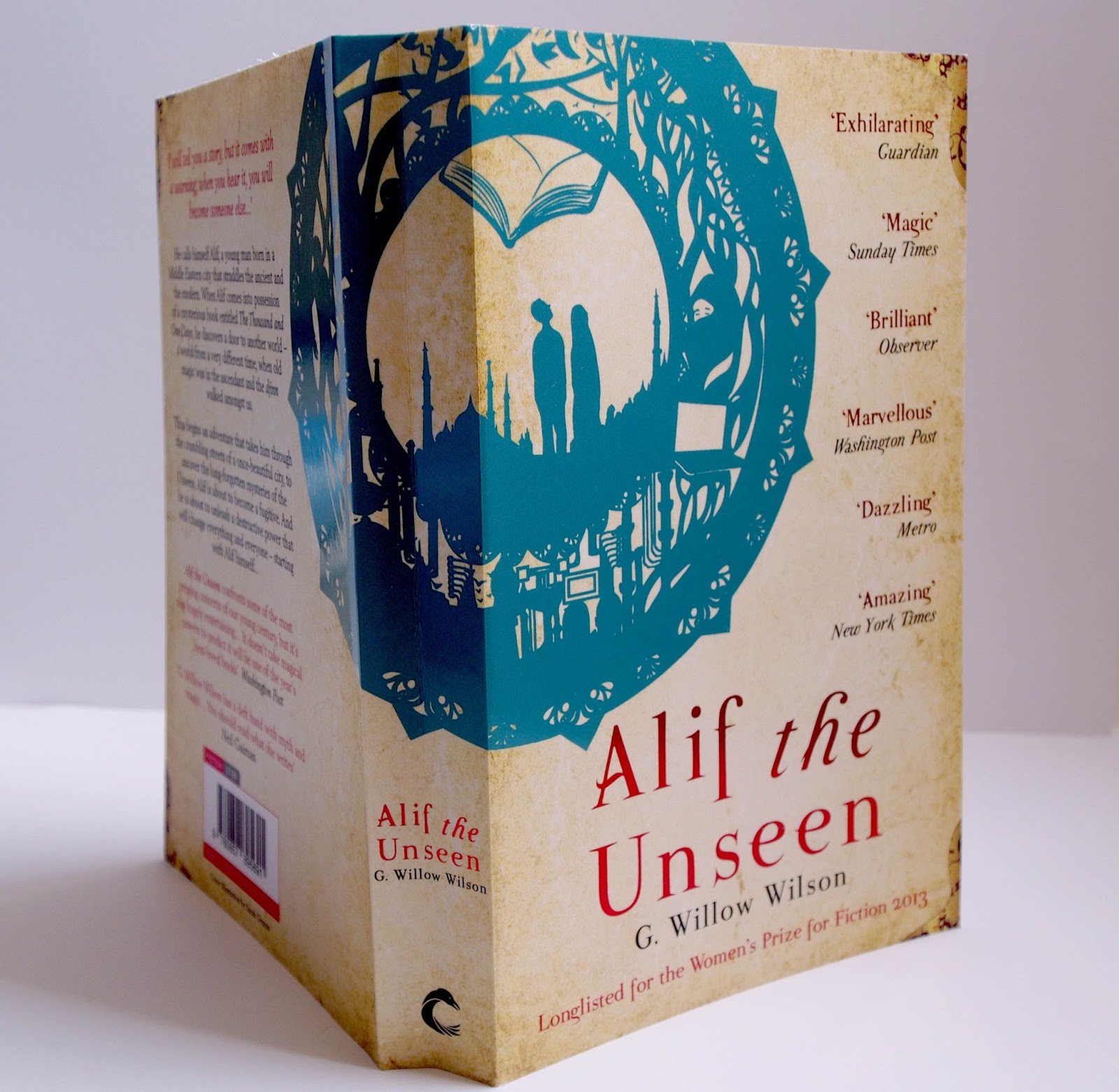 This one came to be a favourite after I immersed myself into the world of Ms Marvel, the best of Muslim comics to make it mainstream, penned by Wilson. I then found out that she had written Alif, and I had to get my hands on it… and I wasn’t disappointed. In something that becomes a cross between a coming of age novel, a tale of romance, a world of spirits and something out of the Arab Spring, this novel becomes incredibly hard to put down. You are taken on a whimsical journey into the world of the unseen and learn to grow with the hero of the novel, a young tech wizard by the name of Alif who has to work with the least people you would expect to save our world as we know it.

Why you should read it: This one is really interesting as it transcends genres and does not fit into one simple category. It also plays on the notion of the Arab Spring and in a sense, you start to see that when people of all kinds come together, change can became a reality.

Also, if you haven’t already done so, please make it your life mission to read all the Ms Marvel comics. I promise you won’t regret it! 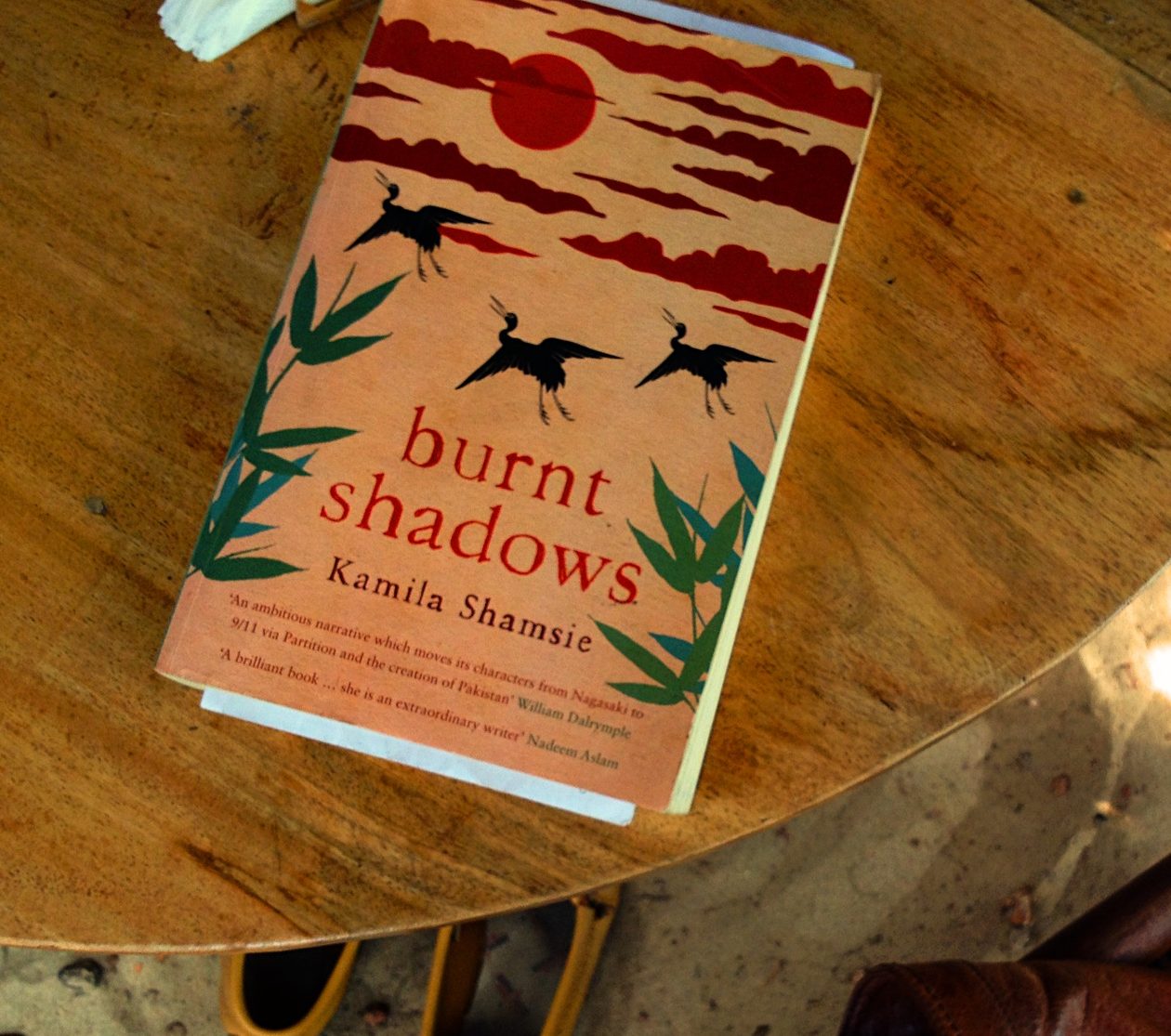 I don’t need to go into detail with this one, as you can refer to this piece for more information on it. What I can say is that it’s one of the most fitting books for times like these as it follows a Japanese woman who later marries a Pakistani man, on her journey to find a place to call home. It spans decades and countries, and in its wide scope, it really allows us to look into the meaning of survival, the literal and figurative branding of disaster on humans, and how our actions can have a huge impact on the lives of others. Read more about it here.

Why you should read it: It really surpasses all notions of ‘home’ and the resilience of the human spirit. It also sheds light on the plight of people who believe so deeply in the notion of patriotism, and how ludicrous this can be when it comes from a nation of immigrants.

Also, as a fan of all things Shamsie, I would suggest you pick up a copy of all of her other novels too. You can find out more here. 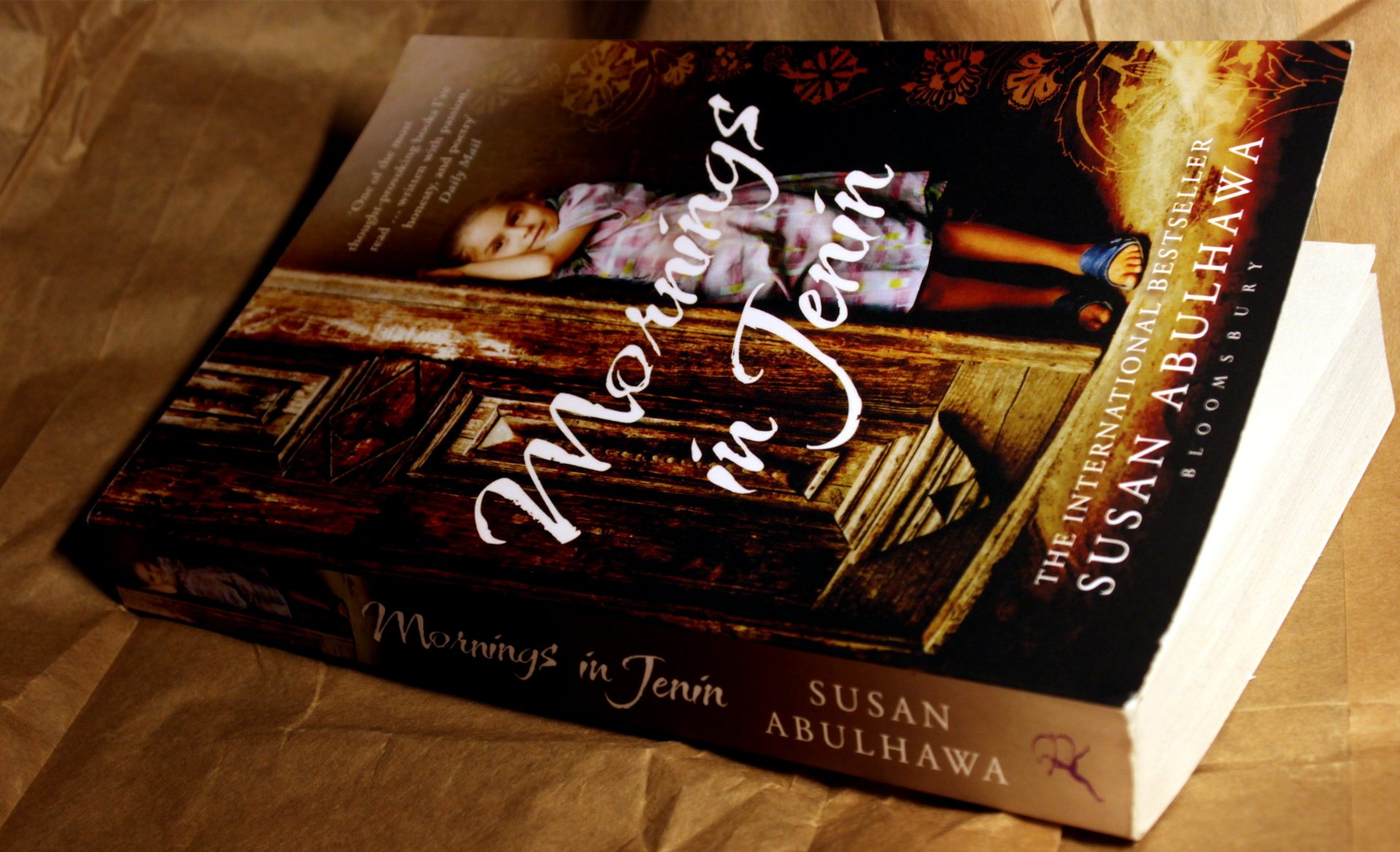 5) Mornings in Jenin by Susan Abulhawa

Yes, every Muslim claims to be fighting in the way of the Palestinian cause, but this novel allows for you to understand the origins of the state of Israel and those who faced the brunt of this newly formed land. It follows the life of the Abulheja family and their life in Ein Hod, a village in Palestine before the ‘nakba’, the cataclysmic formation of the State of Israel in 1948. Thereafter, the Abulheja’s are moved into a refugee camp in Jenin and the family slowly begins to disintegrate. Spanning across generations and nations, it is moving, truthful, heartbreaking and is guaranteed to reduce you to tears. Also, though it is written in the English language, you come to realise that the poetic nature of her prose comes from the poetic nature of Arabic literature.

Why you should read it: It humanises the Palestinian cause and makes you realise that no matter how much you read about life in Palestine under Israeli rule, the suffering of the real people is always much stronger. Though this is a fictional tale, it is informed greatly by the experiences of Abulhawa and her family and even when the tragedy feels like it’s getting too heavy, you realise it is informed by historical facts.

6) Does My Head Look Big in This? by Randa Abdul-Fattah

I read this one when I was much younger but I feel as though it is essential to reread something like this at a time where the world is obsessed with the idea of wearing a hijab. The story revolves around (and is told by) a 16 year old girl who decides to wear the hijab full time. As a result, she is faced with many differing reactions from her family, friends and of course, her peers.

I found it really easy to relate to the character of Amal and to understand what it means to wear the hijab as a symbol of faith, responsibility and courage, as she does in the novel. It’s funny, charming and at times, a little too close to home and though it is directed at a younger audience, it’s something you can read at any age.

Why you should read it: Abdul-Fattah really allows us to get into the mind of a young girl and her feelings towards wearing something which is often contested in Western societies. It gives us an insight on why someone would choose to wear it and the struggles of being both an adolescent and a young Muslim woman living in Australia.

7) The Good Immigrant by Nikesh Shukla

This one was sitting on my to-read list for a while because I’m usually a fan of fiction rather than real life stories and essays but when I finally picked it up, I knew I should have a long time ago. In the words of the author himself, Shukla suggests that The Good Immigrant is a “document of what it means to be a person of colour” in Britain today. It is a collection of 21 essays from people working in literature and the media, all from Black, Asian or Minority Ethnic (BAME) backgrounds. The collection sheds light on the standards that immigrants are held to, usually being determined by ‘whiteness’ or other good immigrants who have broken the mold, such as Mo Farah and Nadiya Hussain.

Why you should read it: Quite simply put, it is hard to be an immigrant or the child of one, and it’s high time people started to realise that though Britain is a melting pot of all cultures, it can still be racist and bring down people who give their all being here. It’s an examination of identity, popular culture, the arts and what it means to be British, amongst a longer list of personal issues that arose for the 21 essayists in this collection. 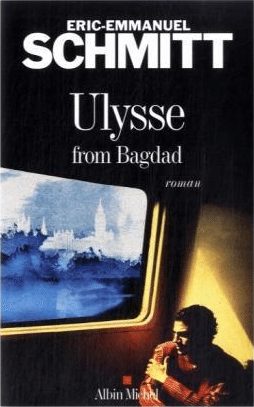 8) Ulysses from Bagdad by Eric-Emmanuel Schmitt

True to name to the story it is based on, (Homer’s Odessey) this one hit home, especially since it was about a man who leaves his native Baghdad for London, with nothing to his name and a world of hopes within him. It follows Saad Saad (Hope Hope) on his journey to finding a new place to call home and essentially, the novella is a bildungsroman, showing how circumstance is what truly allows for people to ‘come of age.’

Why you should read it: It brings into the forefront the experiences of immigrants and refugees and questions why borders are put into place. It poses questions which are uncomfortable for the average European, and Schmitt really allows for his readers to step out of their comfort zones and realise that we know little about the journey of people from their native homes to the lands of hope. 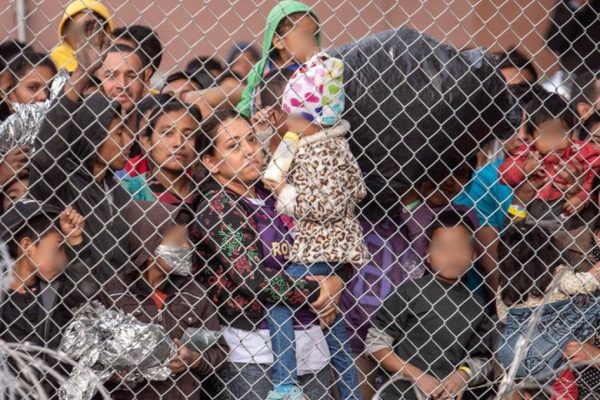